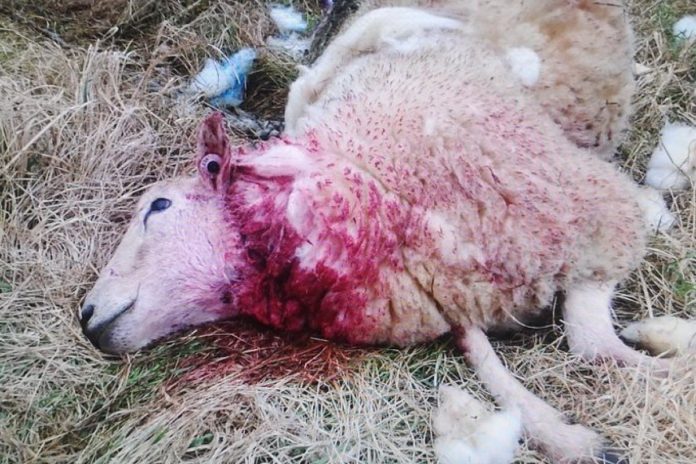 ‘Do not give your dog the opportunity to attack sheep’

Mr Seán Canney TD, the Minister of State with responsibility for Dog Control at the Department of Rural and Community Development issued a statement, highlighting the responsibility of dog owners and the vulnerability of sheep to dog attacks, particularly during lambing season.

He stressed that dog attacks cause real and serious injury to sheep and have a very negative impact, both financially and emotionally, on the farmers involved and their families.

“Even quiet, docile dogs can turn into killers, especially if they join other dogs.”

Minister Canney said: ‘‘Dog owners must be mindful that with ownership comes responsibility.”

“Owning a dog means that you have to feed, house and care for your pet, but you must also remember that you have to keep them under control at all times. Never let your dog out unsupervised, especially at night.’’

‘‘We are all aware of the terrible dog attacks on sheep over the last number of years. This is not acceptable.”

Dog wardens and An Garda Síochána, his statement added, are doing what they can, but they cannot be in every part of the country at all times.

“The solution rests with dog owners. Whether you live in or near the countryside or visit it for recreational purposes, I ask that you be on guard the whole time.”

“Do not give your dog the opportunity to attack sheep and cause distress and pain to both sheep flocks and their owners.’’

The Minister pointed out that under the Control of Dogs Acts, it is the responsibility of dog owners to ensure that they are in control of their dogs at all times.

Attacks on sheep can result in economic losses to the farmer, for which the dog owner can be held liable.

Some 2.5 million lambs will be born on farms all over Ireland this springtime. He highlighted that sheep flocks are very vulnerable to dog attacks at this critical time, and especially during the night.

In addition, the presence of dog, even on a lead, can alarm sheep prior to lambing and have a detrimental effect on both the sheep and their lambs.

“Make sure that your dog is not responsible for injury to sheep or for the stress and financial loss to sheep owners and their families.”

“Some sheep never recover fully from a dog attack and can suffer ongoing health problems, including reproduction problems and nervousness.”

The Minister said that while it is recognised that the vast majority of dog owners are responsible, a momentary lapse in concentration can have disastrous consequences.

“Dog owners are requested to be particularly vigilant at this time of year and care should be taken to ensure all dogs are secure at night-time and to never allow a dog to roam freely in a public place or onto farmland.”