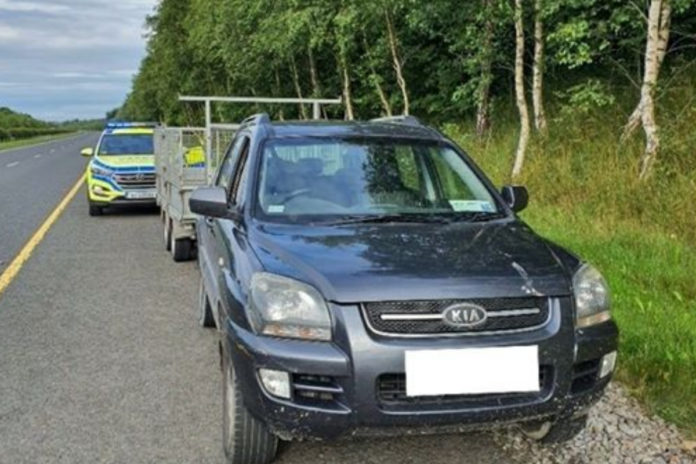 A disqualified jeep driver, who was towing a trailer, was arrested by Gardaí yesterday morning (Sunday, July 12th).

Initially, Laois Roads Policing Unit stopped the motorist for a speeding offence on the M7 this morning.

In a post on social media, Garda Síochána Laois/Offaly, said: “The driver produced a dummy licence when stopped.”

“A quick check on the mobility app showed the driver to be disqualified from driving. The vehicle was seized, and the driver was arrested and charged. #SlowDown #ArriveAlive.” the post concluded.