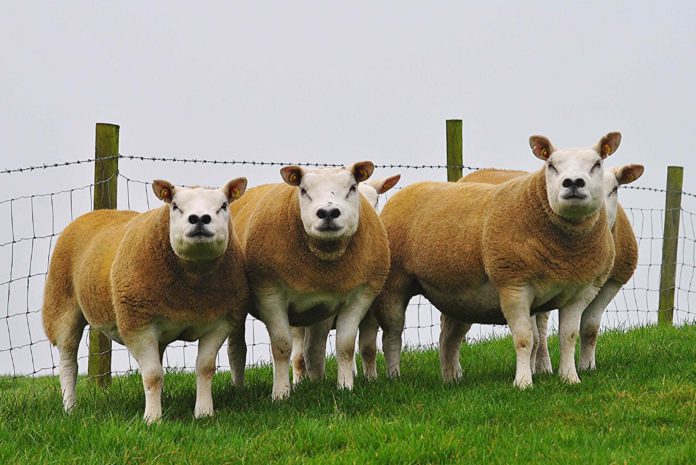 From humble beginnings, their flock has become of the most successful in the country since its inception. Their journey with the Texel breed was influenced by their father’s experience with a Hiltex commercial flock.

“Our father, Pat, has farmed on the family holding all his life, where he has a Mayo Blackface hill flock, and also a Hiltex commercial flock.” They told That’s Farming.

“Indeed, it was the contentment with the Hiltex ewes, and the many positive traits associated with the Texel-crosses that first attracted us to purchase our first pedigree Texel ewes.”

“We especially like the cleanliness and other traits of the Texel. Her super carcass and docile nature make her a very pleasing sheep breed.”

The brothers sourced foundation ewes for the Derrylahan flock from several local breeders. In the following years, they added a select number of ewes from flocks in the UK.

“Some of these ewes were deemed of suitably high quality to flush, using some of the top bloodlines in the breed. These are the mothers and grandmothers of many of the stock ewes in the flock, and also many of the in-lamb ewes being offered at our upcoming sale.”

The Mayo natives sell ram lambs both nationally and locally to new and returning customers. The brothers attend the Irish Texel Society premier sale in Blessington Mart each year, as well as other sales across the country.

“We are also very pleased to have quite a thriving home trade, with many purchasers returning for repeat trade.”

They have attended several shows since the establishment of their flock, and have scooped prestigious accolades all the way:

“Having had a very successful late flush last year, we produced a substantial number of quality breeding females, and so, we felt that a production sale was a viable option.”

“Our entire crop of hogget ewes are being offered for sale. We are hopeful that all potential buyers will find something to their taste. We are also offering a select number of empty ewe lambs on the night.”

A charity sale will also take place on the night, where the brothers are offering a hogget ewe, a full sister to the renowned €6,200 Derrylahan Big Balls and the €2,600 Derrylahan Bagatelle, for sale. All proceeds from her sale, along with some frozen pellets of semen and a shepherd’s crook, will be donated to Cancer Care West.

According to the breeders, all entries for the sale have been recently fluke and worm dosed. They have also been bolused with Animax Allsure boluses and are on the Heptavac-P vaccination programme.

All sheep are part of the Sheep Ireland recording scheme, where they each have individual star ratings.

The sale will include a guest consignment from Glenvale and Glenalainn Texels, Newport, Co Mayo, owned by the Keane brothers, David, and Shane. They will present a number of quality, in-lamb females for sale.

“We are delighted to have this sale in Ballinrobe, and we are very grateful to all of our sponsors, and those who have helped to make this happen.” the McManamons concluded.

Online bidding will be available on the night, through Mart Bids app. On-farm viewing can be facilitated ahead of the sale by appointment only.

You can view the catalog here as well