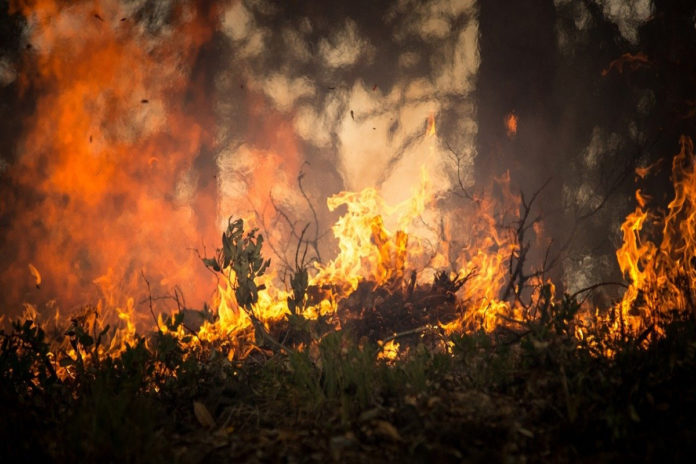 The Department of Agriculture, Food and the Marine (DAFM) have issued an orange fire danger warning, effective until Tuesday, April 14th.

The warning was issued as a result of high-pressure systems coming in from the Atlantic over the coming days.

The most vulnerable areas to fires are places with a large amount of vegetation. “A high fire risk is deemed to exist in all areas where hazardous fuels such as dead grasses and shrub fuels such as heather and gorse exist.”

The DAFM stated that fire behaviour is likely to be influenced by light to moderate wind speeds and may be further moderated by intermittent light rainfall in some areas during the lifespan of this warning.

The Department have advised all forest owners to prepare for possible outbreaks of fire. They say fire line, fire plans and fire suppression equipment should be reviewed and made accessible in the vent of a fire breaking out. “The need for increased vigilance at this time cannot be overstated.”

The Department have issued the following advice:

- Advertisement -
Previous article
VIDEO: How to spot badger activity on your land
Next article
‘You need to keep on top of it’