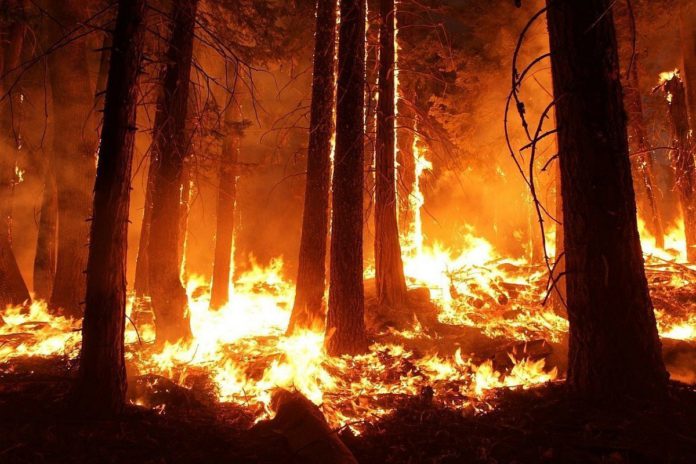 A condition orange – high fire risk warning has been issued by the Department of Agriculture, Food and the Marine.

The fire danger notice is valid from 12pm today (Tuesday, March 31st) and will expire at 12pm on April 3rd.

In a statement, a DAFM spokesperson said: “Arising from current dry and sunny conditions associated with an Atlantic high-pressure system, a high fire risk is deemed to exist in all areas where hazardous fuels such as dead grasses and shrub fuels such as heather and gorse exist.”

Based on recent fire incidents, most ignitions risks appear to be associated with illegal burning of upland vegetation, the spokesperson added.

“Fire behaviour is likely to be influenced by increased fuel dessication during preceding days and moderate northerly and northeasterly wind speeds, and increased caution is required during suppression operations.”

The Department recommends that forest owners and managers assess their property with regard to fire risk, prepare a plan, be vigilant, obey the law, report fires immediately and report losses.

Members of the public are being urged to adhere to the following:

‘It represents a cow cull’ – Rural TDs angered by lack...