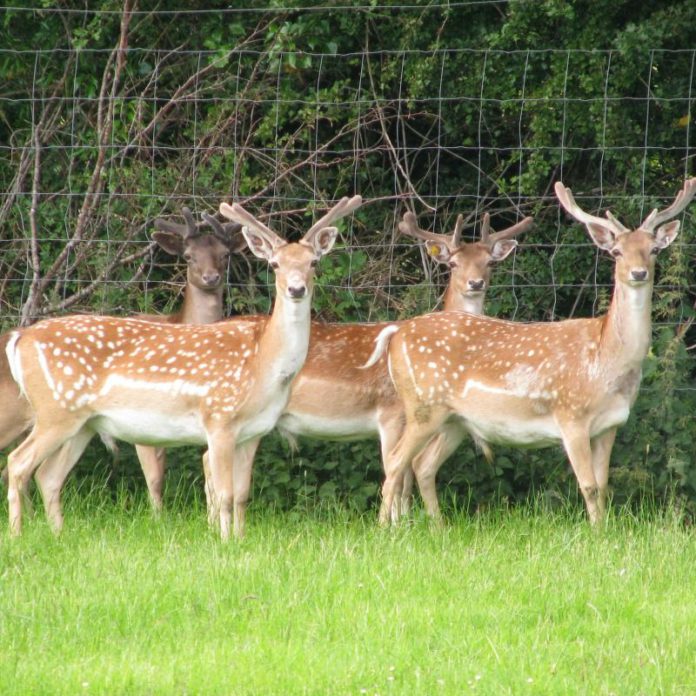 From Kenya to Sligo: ‘I have no regrets about deer farming’

What do the west of Ireland and the plains of Kenya both have in common?

Lindy O’Hara, who was born and educated in Kenya, is now a successful deer farmer of Coopershill House in the heart of Co. Sligo.

Exquisitely located, it is an 18th-century family house situated on a 500-acre private estate at Riverstown.

Uniquely, the estate has been in the O’Hara bloodline since 1640.

Speaking of times gone by, Lindy gives an insight into the background of the family farm and the enterprise.

“My husband, Brian, was in the army, and in 1986, he retired. We came to live on the family estate in Riverstown, Co.Sligo. We took over my mother-in-law’s business – a country house bed and breakfast, which was a member of Ireland’s Blue Book. Our son, Simon, took over the running of Coopershill House in 2008.”

Simon O’Hara is the seventh-generation to call this exceptional estate home. The luxurious guest house hotel, which he now runs, is renowned for its incredible food, views, and service.

His wife, Christina, from Strandhill, is the accomplished chef who trained under Darina Allen at the Ballymaloe cookery school.

The estate doubles as a hotel and seasonal deer farm. 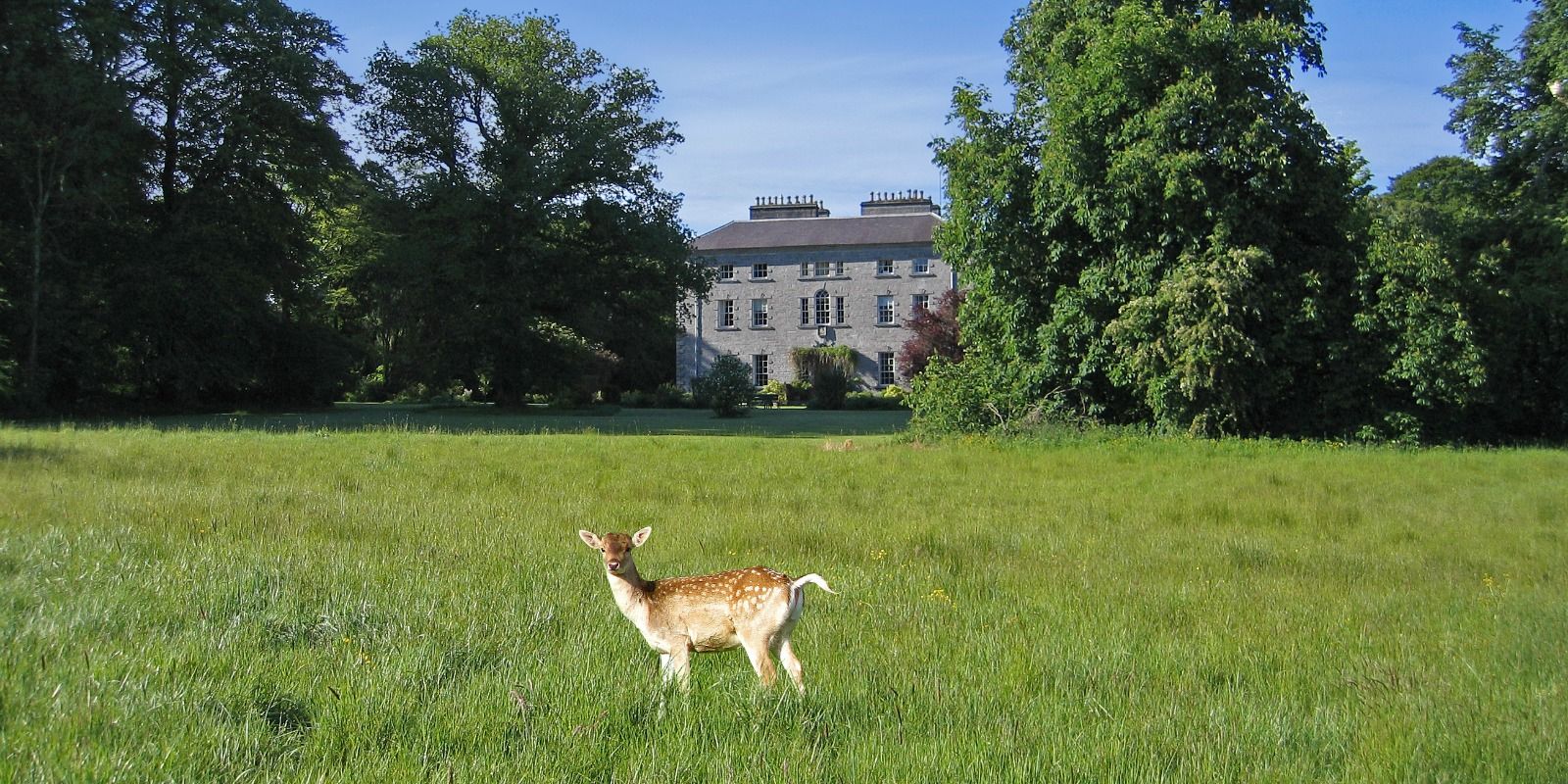 Lindy speaks of how she came to deer farming and the inheritance of the house and land. The aid of funding for fencing and reliable facilities, a key requirement for deer keeping, made the process happen.

“When my father-in-law died, he left the house and half the farm to Brian. The other half went to his brother. When we first came to Coopershill, my brother-in-law was running the whole estate.”

“In 1995, we decided to start deer farming. BSE was prevalent at the time, but we took up our share of the estate. We were awarded a grant for fencing and facilities; that is not available now.”

Commonly known as ‘Mad Cow Disease’, BSE stands for Bovine Spongiform Encephalopathy (BSE). It came about as a result of feeding cattle meat-and-bone meal in the UK in the 1980s. BSE attacks the brain and central nervous system of the adult cow or other animals, eventually causing death.

Luckily, this did not become an issue for the enterprise at the time. 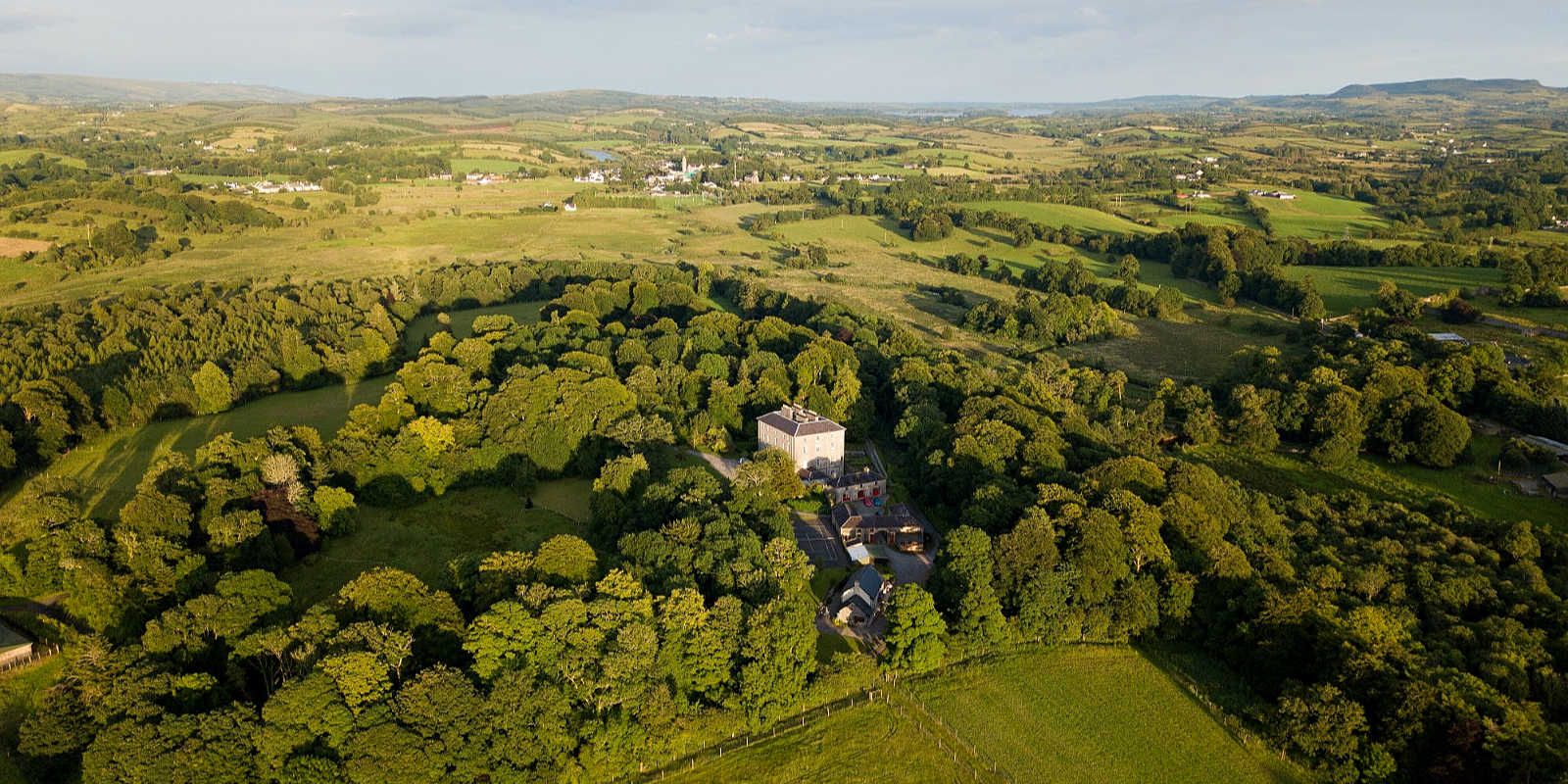 The farm has noticeably evolved and grown in stock numbers since 1995.

Initially, the O’Haras purchased 25 fallow deer does and one buck from one of Ireland’s maiden farmers of the 1990s.

Gunther von Bunau was one of the first people to introduce deer farming on a commercial scale to Ireland. He owned Clonhugh House in Co. Westmeath.

Since then, the numbers of deer on the Cooperhills farm have doubled, and they also retain a small number of lambs annually.

Breeding requires careful and timely management as venison sales are fashioned toward the latter end of the year. Selling takes place online via their website, offering delivery nationwide.

“We have 50 does plus fawns and three adult buck. The buck are kept separate from the does, except during the rutting season, from September to December.”

“This is so that the fawning only goes on from June until mid-August. We sell most of the fawns online for venison between October and Christmas. We buy 30 lambs every year and then sell them as hoggets the following year.”

As a result of fine craftsmanship, there is a wide range of venison cuts available. Pricing ranges from €15 for 500g of mince to €57 for a saddle roast that is boned, trimmed, and oven ready. Half and full carcasses fresh or freezer ready are also conveniently available. 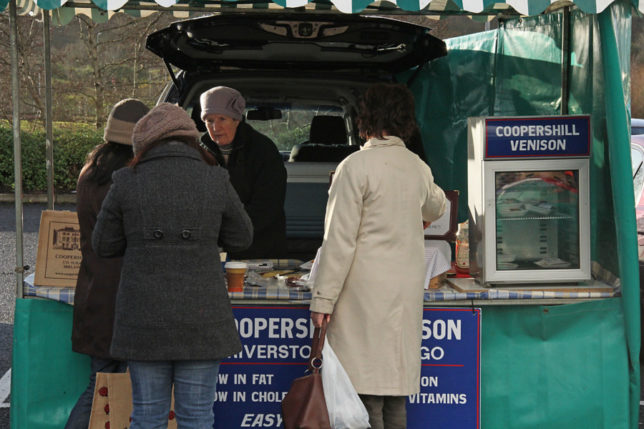 Lindy looks back on her decision to dive into deer farming in Ireland with contentment, success, and a word of advice.

“I have no regrets about deer farming. The animals have few complications. With the right handling facilities, they are easy to handle. It is not an enterprise to make a fortune from. Unless one has a very large herd, like in New Zealand,” Lindy concludes.