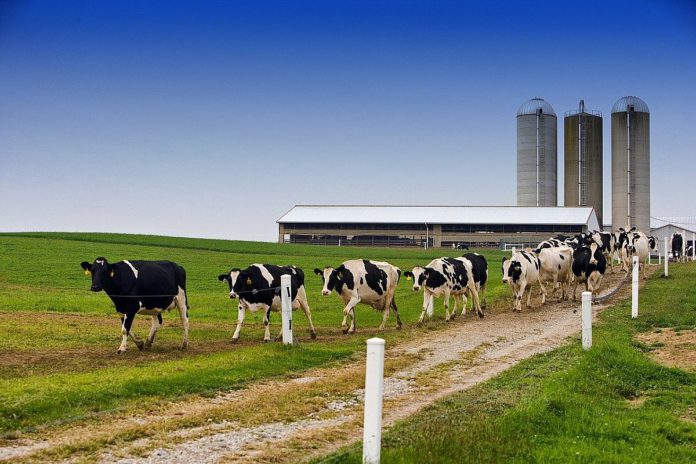 Dairying the most dangerous type of farming in the ROI – data

Today (Monday) marks the start of the eighth annual Farm Safety Week UK & Ireland, an initiative led by Yellow Wellies UK and the IFA in Ireland.

The campaign aims to reduce the number of accidents on farms and bring about a change in culture that makes unsafe practices socially unacceptable. The message for this year’s campaign is: It’s time to take safety seriously.

Farm Safety Week (FSW) is supported by several agencies, including the Health and Safety Authority (HSA) and members of the Farm Safety Partnership Advisory Committee.

Trauma on Farms in the ROI

To coincide with this year’s FSW, a research paper entitled Trauma on Farms in the Republic of Ireland, written by Dr Michael Sheehan, Dr Conor Deasy and Louise Brent, has been published.

The paper was a study of the data collected as part of the Major Trauma Audit at the National Office of Clinical Audit.

The paper, which examines the period 2014-2016, is “the first significant study concerning this topic in Ireland”.

‘Farmers have to be more careful’

Farming continues to have one of the most inadequate safety records of any sector in Ireland.

Reacting to these figures, IFA president, Tim Cullinan, said: “Understanding the risks on and around a farm operation makes it easier to avoid dangers, and makes accidents less likely.”

“However, all too often, farmers do not recognise the risks on their farms, which makes it difficult to manage the problem.”

“Farmers have to be more careful, take their time and think about what could go wrong before they undertake any job (regardless of how small or simple they might perceive it to be), a single death is a death too many.”

Twice as much on family farms than other industries

“It shows the importance of farmers engaging with health and safety practices to prevent accidents occurring.” “The major traumas we describe result in life-threatening or life-changing injuries and happen twice as much on family farms than in other industries.” Of note, he added, farmers who sustain injuries are often older and have other medical problems making their care more complex.

“Unlike any other industry, the age range of those sustaining injuries on farms included infants to ninety-year olds. Given the devastation associated with these injuries, farming families must think safety first.”

Pat Griffin, senior inspector with the Health and Safety Authority, said: “Farm safety needs to be proactively managed by every farmer and every contractor supported and encouraged by all the major farming organisations.”

“While the H.S.A. can establish the regulatory base and provide detailed information and guidance on how to manage and control the risks, following this guidance is down to everyone in farming taking personal responsibility.”

“Farmers perform hazardous work, and many dangers occur on farms daily. Farmers must be alert to dangers and take immediate preventative action.”

“Avoiding haste and fatigue is crucial to prevent farm accidents. During Farm Safety Week, I would urge all farmers to put injury prevention on the top of their list and implement changes to make their farms safer places to work and live for themselves and their families.”