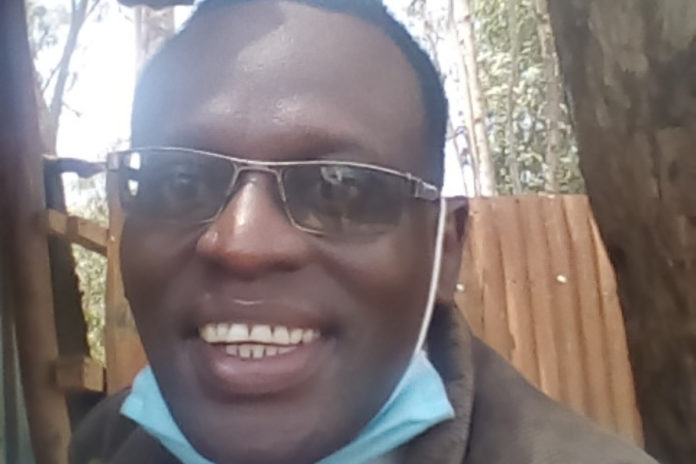 Dairy farming in Kenya: Producing 7 to 9 litres per cow per day

As part of this week’s dairy segment, That’s Farming speaks to James Kimiri Mwarania, a Kenyan sales representative and children’s home volunteer, who provides an insight into dairy farming in Kenya.

James Kimiri Mwarania is a 41-year old from Meru county, at the slopes of Mount Kenya.

He is a technical support representative with Cooper’s K-Brand in Kenya.

Coopers are the leading supplier of high-quality poultry, animal health and crop production products in Kenya and central Africa.

“I have actively worked as a sales representative in various parts of the country. I have been involved in the agricultural sector for the last fifteen years,” he told That’s Farming.

“Thankfully, I have had the opportunity to work with major agri-product companies, Coopers and Twiga Chemicals.” 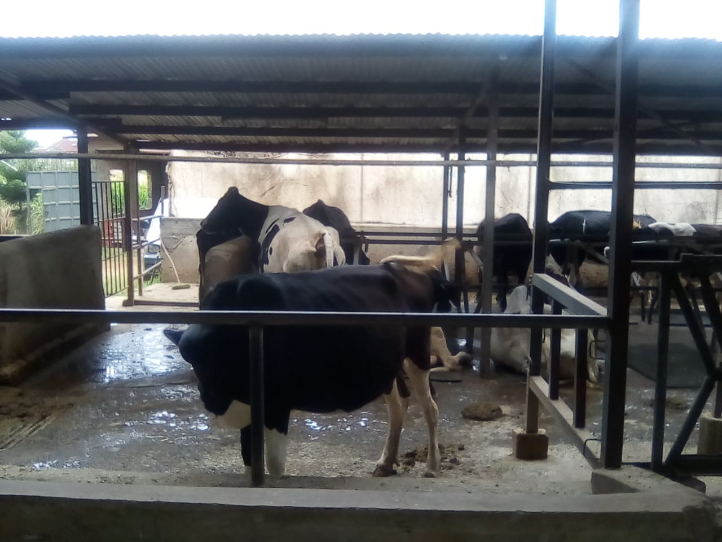 Notably, the total population of Kenya is over 53 million people. Almost 5 million inhabit Nairobi and its outskirts.

According to reports from Kenya’s Ministry of Livestock, over 1 million farmers depend on dairying for income and basic nutrition.

Ethiopia has the most cows in Africa, whereas South Africa has the greatest milk production per cow.

However, Kenya falls in with Ethiopia as one of the only self-sufficient dairy producers, meaning production exceeds national demand.

Therefore, the opportunity to expand throughout Africa is there, rather than opting to import to meet demand.

Despite these figures, this production capacity is low, given the rising urban population.

A litre of milk in costs 96 Kenyan shillings, which would cost 73 cents here on the Emerald Isle.

A typical dairy herd in Kenya comprises five to ten cows, while, in Ireland, it is 75 cows. Pastoralists, or herding farmers, could have one hundred to five hundred animals such as cows, sheep, goats, yaks or horses. Yaks being a sister species to buffalo.

James illustrates that the low level of annual milk production, relative to the population “is caused by failure to adopt new, affordable farming technologies, geared towards increasing milk production”. 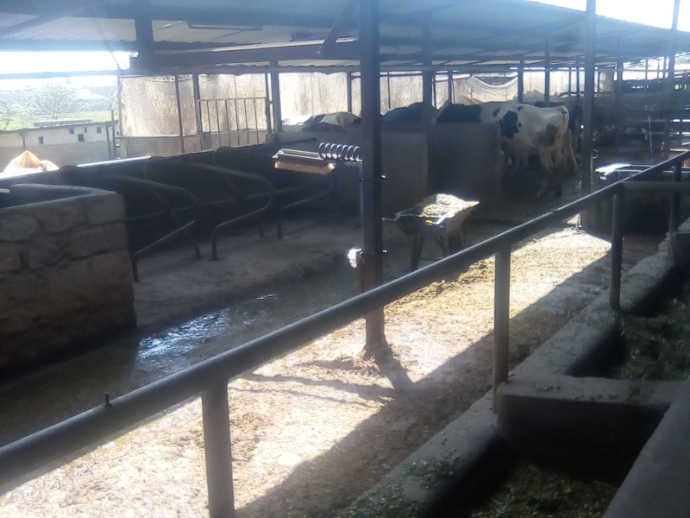 Farmers in Kiambu county, the eastern regions of Kenya, parts of Nandi and the Elgeyo Marakwet counties mainly practice dairying.

Speaking about his employer’s involvement in these regions, James says, “Coopers is the pacesetter in animal health, production and breeding services across the country and Africa”.

“We also offer intensive training for farmers and extension services across the country, to better the farming methods”.

Dairy expansion is expected. The sector’s growth rate is estimated to increase at approximately 5% annually for the next number of years.

At present, average milk production stands at 7 to 9 litres per cow per day.

Consistent and concentrated efforts are required “in the vibrant sector” to increase dairy outputs, James shares.

He insists it is essential for the “adoption of new equipment and training” to move forward and meet fast-growing demand. 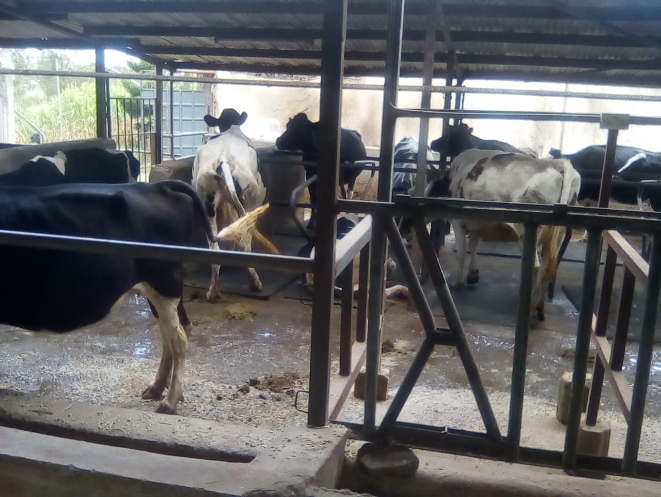 Kimiri volunteers at a relatively new 114-acre farm. The Star of Hope children’s home is owned and operated by the Precious Blood Sisters, which sits on donated land.

Here he offers his expertise in the form of technical support and on-farm assistance.

“This farm is situated in the outskirts of the Kenyan capital Nairobi, at Kalimoni. It is located right in the middle of a sprawling residential estate. Farming here began ten years ago,” he recalls.

“Land was donated from an individual in Germany to enhance food productivity for the children’s home.”

“It is well equipped with tractors, a harrow, milking machines and an inbuilt clean-in-place machine for hygienic milk production,” James told That’s Farming.

Having three permanent boreholes spread strategically along the farm accessing water, this feature is “a sleeping giant” in this area.

Since the opening of the farm, donors have generously funded every project.

“The main dairy shed is an ultra-modern stall, which came from Germany,” he explains.

Furthermore, the children’s home provides a space for children to be rehabilitated from the streets of Nairobi and primary education. 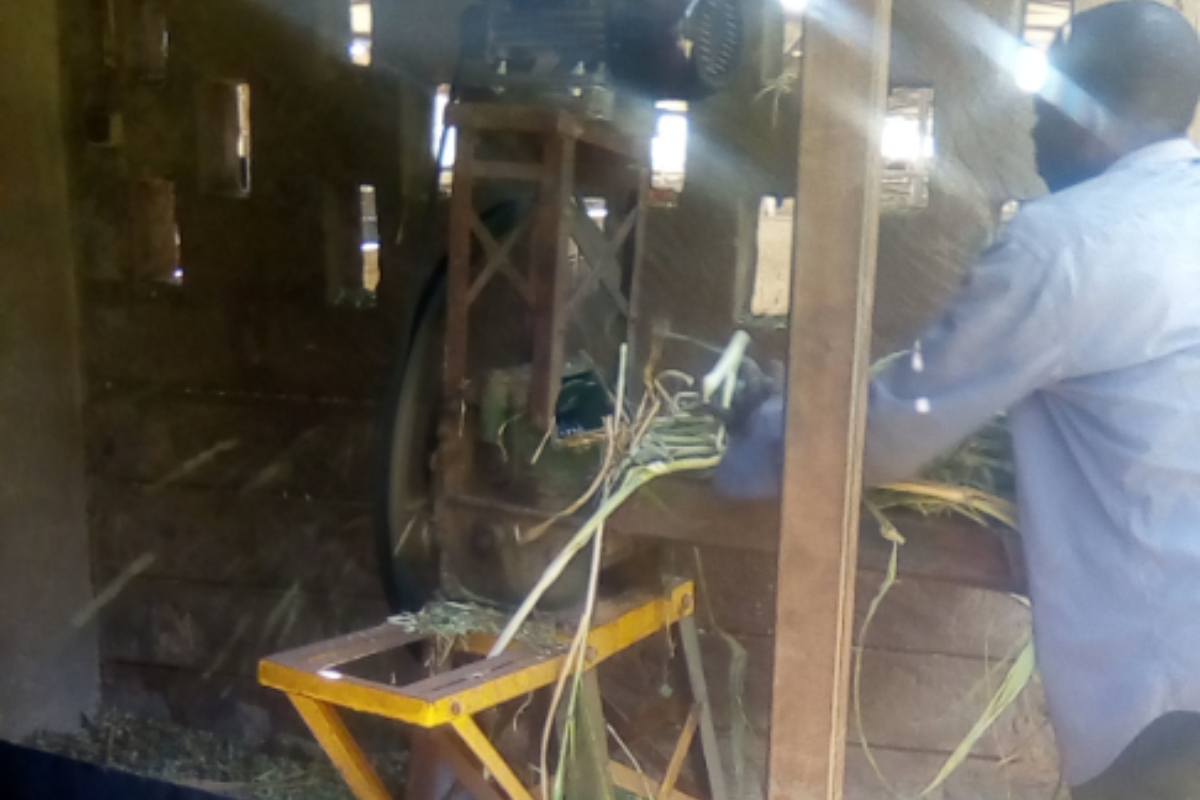 The Star of Hope farm employs artificial insemination to breed cows. Unfortunately, there were many cows and calf losses last year.

James says the farm is “in the process of acquiring artificial insemination kits from the county government”. Covid-19 has not made matters easy in doing so.

“After the outbreak of foot and mouth disease, the farm suffered many deaths and reduced milk production, a concomitant effect of the disease,” he states.

Furthermore, general farm practice is to slaughter an animal to provide food for the children’s home once it reaches over 250kg. 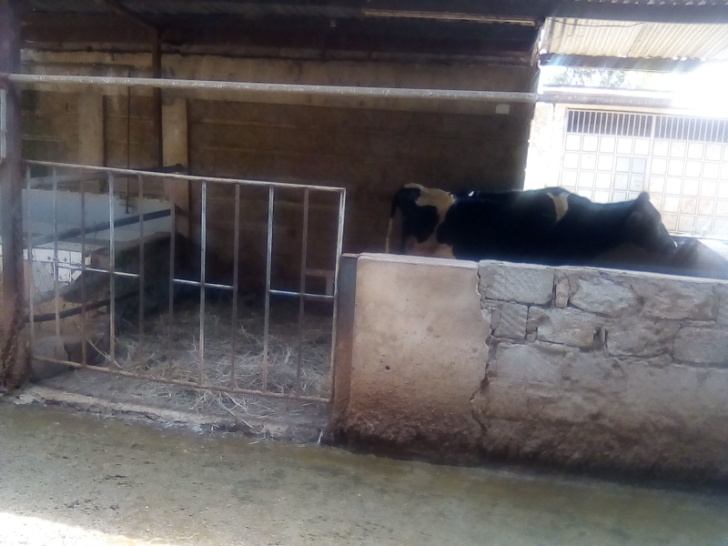 He says that “due to setbacks and challenges brought about by the coronavirus pandemic, the nature of my work took a different turn”.

Cooper’s focus is now on providing online services through social media and its website, to provide training, information, and support to dairy farmers.

They aim to continue to grow the sector, despite the pandemic.

“The coronavirus pandemic has shifted the whole perspective in the agricultural extension service sector here in Kenya,” he makes clear.

“One big question for us now is; can Kenyan dairy farmers adjust to challenges by utilising online services?” James Kimiri Mwarania concluded with this question.