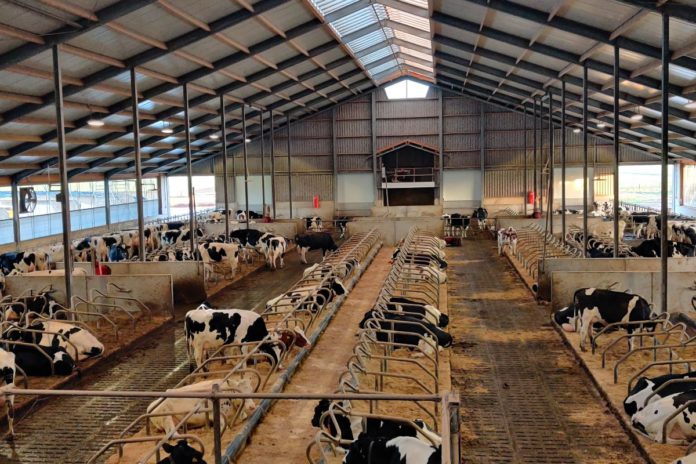 Dairy farming in the Netherlands

In January, Lely Centers Mitchelstown & Enniscorthy facilitated 20 guests from the South of Ireland on the Lely Journey in the Netherlands for over three days, writes Catherine Heffernan, farm management support advisor at Lely Center Enniscorthy.

The trip allowed the guests to delve deeper into the Dutch dairy industry where we visited five automated dairy farms located right across the country.

The farms visited gave the guests a great variety of Dutch systems and enterprises in terms of family business through generations, with part-time and full-time workers.

There are, on average, 17,500 dairy farms in the Netherlands, milking 1.63 million cows, according to the most recent survey.

There is also an additional bonus provided of 1cpl for sustainably factors including solar panels and other sources of renewable energy.

Over the five farms, which were visited, the average cost of production was 33cpl, therefore, one or more of the owners work off-farm in order to try to increase income to make their farms viable.

Land is the limiting factor with prices ranging from €70,000 – €80,000/ha for moderate grassland. Sadly, land price and phosphate regulations have led to the reduction of dairy farms in Holland.

The Dutch face the challenge of phosphate regulations on their farms. Their dairy industry overproduced phosphates since the abolishment of the milk quotas. In order to reduce these levels, the government allocated phosphate rights to each dairy farm based on their 2015 her size.

A cow produced about 45kg of phosphates per year and with phosphate rights trading at €220 per kilo; this caps farmers in terms of expansion.

Many farmers invested heavily in their farms pre-quota with the aim of increasing animal numbers and production. They have since been left with hefty repayments; this has also limited the number of new entrants into the system.

In total, the Dutch dairy industry utilises over 865,000 hectares with each farm averaging hectares each.

This farm is located in the South of Holland and has been farmed for five generations since 1875. This is – and always has been – a family that likes the challenge.

Karel van den Berg, head of R&D department at Lely, started working out his ideas for automated milking, together with his brother, where he implemented the concept of automatic milking was first installed on this farm in 1992.

Since the robots have been traded up from the A2 to the Lely A3 and A4 model. The farm is currently being farmed by mother, father and son. They operate 86ha of land with 72ha which consists of grassland.

Innovation and technology are at the forefront of this operation with 3 Lely A4 robots, one Lely A5 robot and the Lely Vector feeding system which operated the 190-cow operation with 100 youngstock.

Forage harvesting begins on the first of May – silage is cut every four weeks for optimum quality with 6 cuts coming in each year.

Over the last ten years, the Van Dorp partnership has gradually expanded its herd to 125 cows with further growth in mind they have built a new barn to facilitate up to 300 cows.

They opted for automatic milking due to the need for labour-saving and flexibility in order to support their construction and agricultural technology services.

Optimal cow and working comfort are paramount. One person can manage the entire shed at any given time. Arnold and his father operate this 270-animal farm at 1.5 labour units.

A local cheesemaker, who is making cheese for the Arabic market, is purchasing approximately 1000L of milk per week from this farm and is paying 40c per litre. Arnold hopes to see the demand for this to increase over the coming year.

Replacement heifers are bought in from Germany calved at 14 days calved. They are paying €2,000/heifer (including transport costs); this allows Arnold to put his main focus on the dairy cows.

All male and beef bred calves are sold for veal at approximately 14-days-old.

These cows are compact fed through a diet feeder. Compact feeding involves soaking concentrates in water and pre-mixing. The principle behind this is to increase intakes and feed a consistent diet to cows to maximise performance.