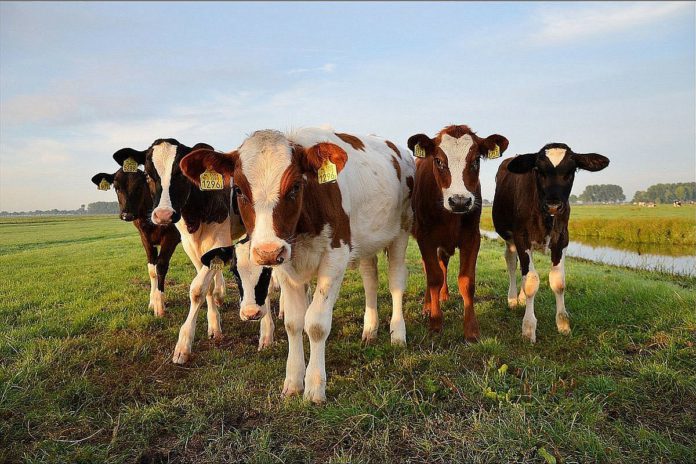 57% of the national slaughter kill originates from the dairy herd at present, a number which is expected to increase, a Teagasc conference heard earlier this week.

Alan Twomey was among the speakers at the state agency’s National Dairy Conference this week, and he put the spotlight on producing higher-quality calves from the dairy herd.

He told attendees that since 2013, there has been a “large” increase in beef usage on the dairy herd, with over 300,000 extra beef on dairy animals coming from the dairy herd.

He outlined that it is expected with the increased use of sexed semen and improved fertility, there will be circa 900,000 dairy-beef calves in Ireland in 2032.

Twomey commented that “exports are an ever-increasing challenge going forward, and we have to plan for a time where there will be no exports”.

“The big challenge is who is going to rear all these extra calves coming from the dairy herd. Also, from 2024, calf slaughterings will also be removed.”

“Looking at calf rearers over the last period, only 42% of beef farmers that buy calves still on milk continually purchased calves each year, which is a poor retention rate of farmers within the dairy-beef sector.”

He said the onus is on dairy farmers with regards to improving the health of the calf, but also improving genetics to ensure that there is a higher retention of dairy-beef farmers in Ireland.

He acknowledged that there has been “a lot of negativity” in recent years about the carcass weight and conformation of beef animals coming from the dairy herd and their beef quality.

This prompted Teagasc to delve deeper, through research, into the genetic trend of the country’s dairy herd over the last decade.

Commenting on findings, he remarked: “We can see that our dairy cows have declined in carcass weight genetically, although that is only by 5kgs over the last ten years.”

“Also, they have declined in conformation by 0.2 units, which is due to breeding for dairy traits.”

He defined conformation as the muscling of the animal, the high-value cuts in that animal.

Alan continued: “This has led to a lot of dairy-beef animals falling out of carcass specifications, which are thresholds that factories put on carcasses coming in. There are big penalties if they fall out of these limits.”

“I will focus on carcass weight, which I broke into two segments: beef-cross-dairy and dairy-cross-dairy. There is almost one-third of beef on dairy that are falling below this carcass weight specification of 280kgs.”

“But the worrying one is conformation where this is increasing each year, where there is 15% of our beef on dairy and almost 70% of our dairy on dairy falling below this conformation spec that factories have put in.”

He told viewers that “just using a beef bull does not mean we are going to get a better beef calf” and urged that “more profitable beef farms make calves more saleable”.

He then recommended a raft of ways to increase beef AI use in dairy herds, as follows: