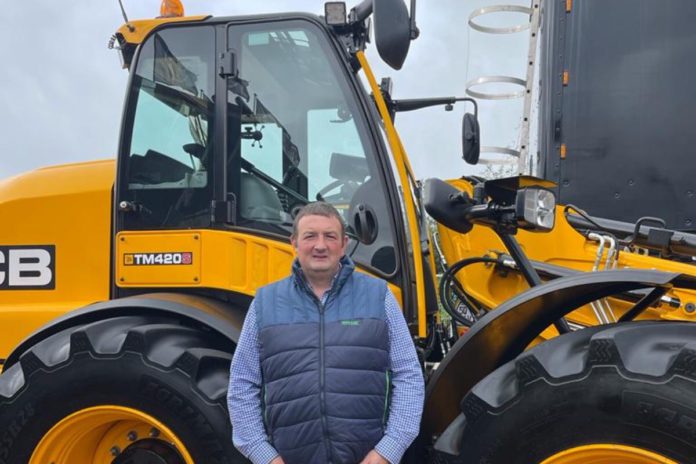 As part of this week’s Agricultural Contractor of the Week segment, That’s Farming, profiles David Hicks from D&B Hicks Agri Contracts. He discusses openings for large umbilical slurry contracts north and south of Ireland, establishing a timber processing company, and his view on the future of agricultural contracting.

Their current farm operations include the duo cutting 50-acres of silage four times a year and selling it.

“We started small and grew the business. We bought more machinery as we needed it. Furthermore, we had a few tractors paid from being in the poultry business, and as we needed them, we financed them,” David Hicks told That’s Farming.

“I always had an interest in agricultural contracting from ten or eleven-years-old. I worked for a contractor for two years before I started working myself with a business called Earlyrotlidge.” 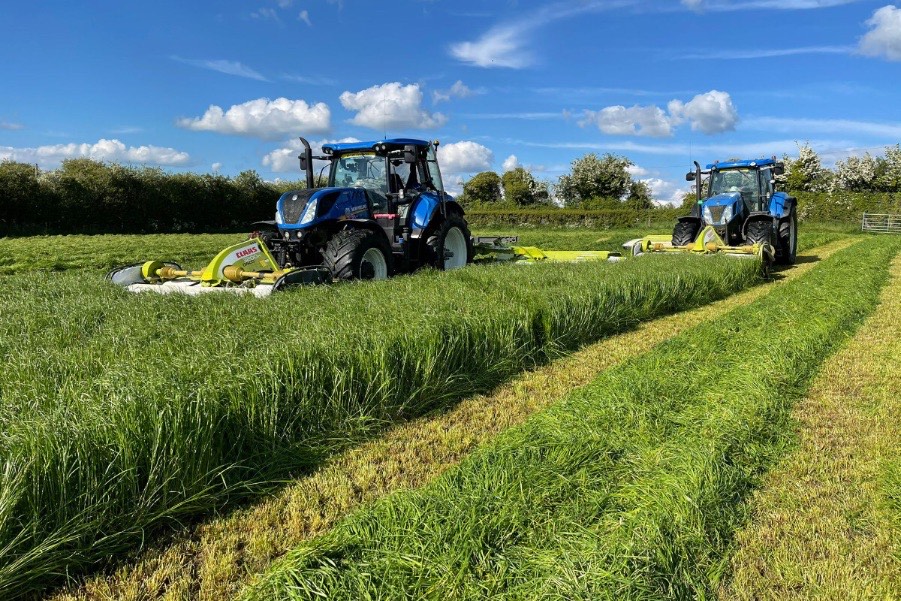 The father and son team claim they were among the first to purchase an umbilical system in Northern Ireland and find an opening in the market for timber processing.

“We were running 1,000 metres of pipe at that stage, and now, we have 1,800 metres of piping. There was no dribble bar then; it was all splash plate.”

“We have been running dribble bars the last seven years, and we upgraded the tankers to two 4,500-gallon Redrock slurry tankers and a 3,500-gallon SLURRYKAT slurry tanker.”

“We bought a processor for processing timber, and we saw an opening in the market for one of them. So, we go around to farmers, cutting timber and splitting it for firewood.”

“We established the timber processing arm of the business five years ago, and that has grown considerably. We cut around 5,000-tonnes of hardwood and 2,000-tonnes of softwood timber per year.”

“Furthermore, we buy a lot of hardwood, cut it and split it every year to customers. We would also have customers bringing us in much timber to split up for themselves. Then, we deliver the split sticks in the silage trailers in the wintertime.” 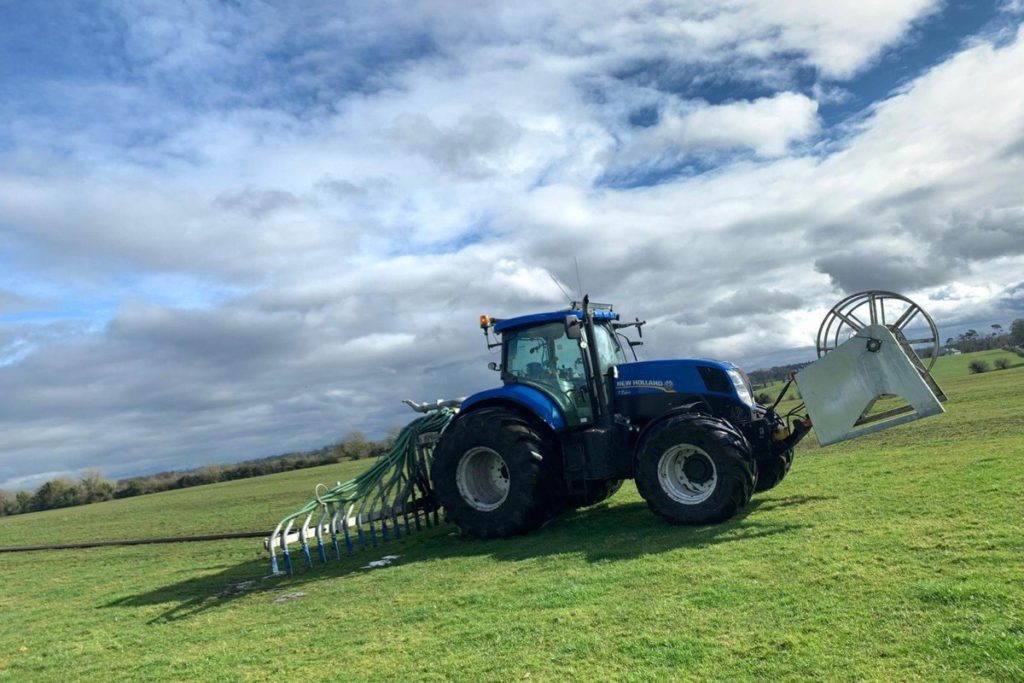 Slurry spreading commences on January 15th with silage cutting from May 1st until the middle of October with a general plant hire service operating all-year-round and timber processing.

“We are not afraid to travel; we go to where the work is. The reason we go to Meath is that a few customers contacted us about slurry piping. There would not be that many umbilical system piping outfits in Meath until the last five years.”

“There are also not as many agricultural contractors down there with the big slurry tankers we have for drawing to pipes, and that would have gained us much work.”

“With dairy farmers having their silage ground further and further away from the yard, it enables them to get the slurry out earlier. They are finding they like this system.” 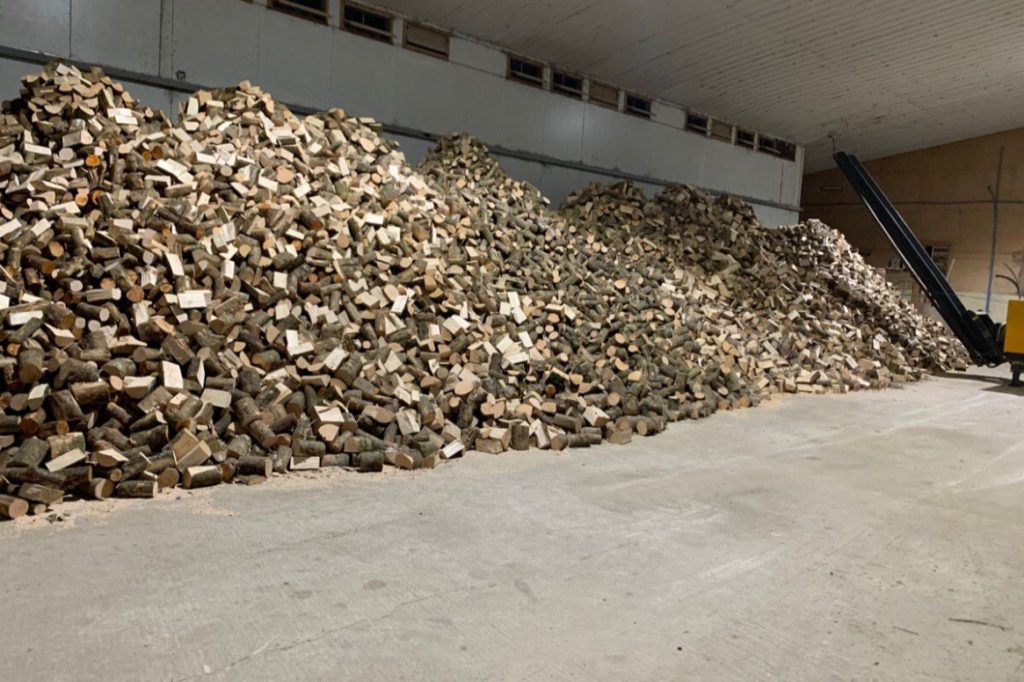 “We get good service from Brian Keys Tractors in Dromore, but we would do most of the maintenance ourselves. We have a good relationship with their mechanics. They do all the specialised computerised work.”

“We try and keep tractors up-to-date as best we can. But, unfortunately, the price of a new tractor price-wise has nearly got impossible to buy.”

“It is very hard to justify machinery prices. We are not getting any more work for our price rates than we were ten years ago so, that is a big concern.”

The business uses flowmeter technology on its umbilical system.

Challenges and maintaining a customer base

According to David, increasing machinery and fuel costs are a big worry for him, alongside sourcing labour.

He commented how the business retains a large customer base.

“We have had customers from day one, and we are very lucky. We have great customers, and only for them, we would not be there today. The key to our business is customers.”

“We pride ourselves in looking after the customers, talking to our customers frequently, and building up a good relationship with them.” 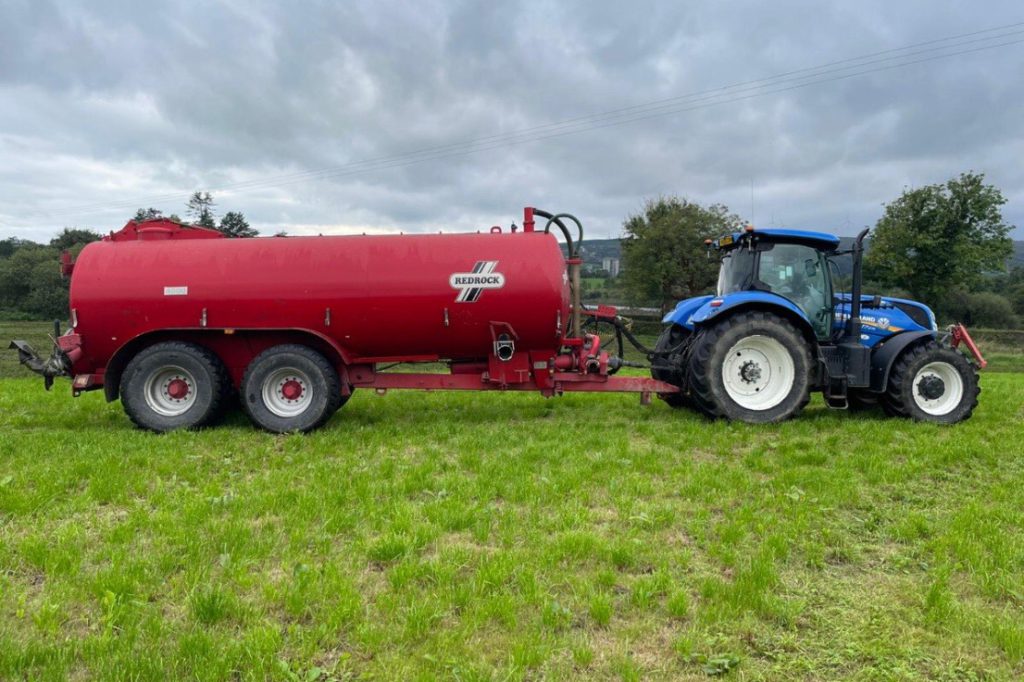 David intends to expand his silage cutting service into County Meath, invest in a digester and maintain his large customer base.

“It is all about if you get more customers, you buy more equipment, and you go along with that. That is the way we have the working the last twenty years.”

“We pride ourselves in doing a good job. If we are cutting silage for customers, we are doing as if we were cutting our own grass.”

David outlined what he believes it takes to be a successful agricultural contractor.

David shared where he and his father would like to be in five years.

“I definitely would like to grow the timber processing business. It is growing every year, so probably two processors and I can see more work coming along chipping timber.”

“We would like to get to 8,000-10,000 acres of silage per year if it was not possible. But, it is hard to say with dairy and beef farms getting bigger and small farms being pushed out in the last five years.”

“It is all about what way machinery prices are going at the end of the day. We have seen the way Brexit and what impact it has on everything. So, it is going to be uncertain for the next couple of years until it settles down and gets going again.”

David outlined his view on the future of agricultural contracting, expressing that it will be a challenge.

“Everything is sort of more renewable and slurry spreading is going to be much harder down the line. It is all going to be dribble bars and no splash plates.”

“It is going to take much more money to buy equipment, move with the times and pass it on to the farmers.”

“If the business grows as much as it did in the last twenty years, in five years time, we see ourselves running two slurry or silage outfits,” the agricultural contractor concluded.