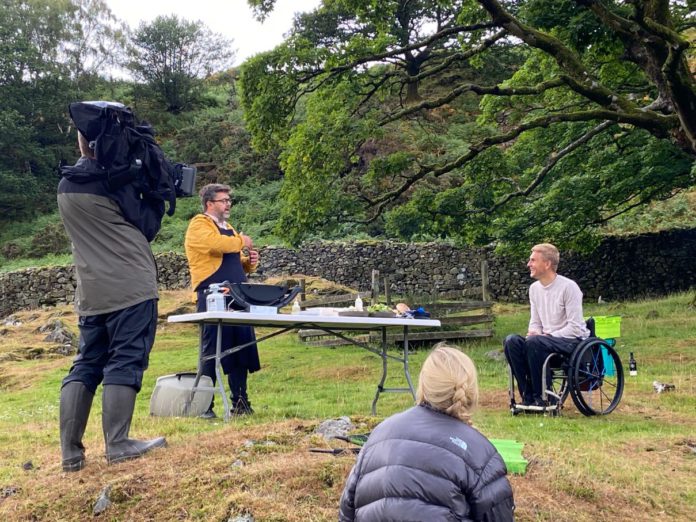 They find out first-hand what the couple is doing to ensure that it remains viable for the future.

Steve talks to Jon and Jo to find out how they are diversifying the farm.

During the visit, Steve also meets Ryan Blackburn. The Michelin starred chef-patron of Ambleside restaurants, the Old Stamp House and Kysty, uses the farm’s produce in his menus.

Ryan Blackburn commented: “It’s great that my friends, Jon and Jo, have this opportunity to showcase what they’re doing at Yew Tree.”

“They are totally passionate about what they do. It is no surprise people want to find out more and see what farm diversification is really about.”

“Upland farming has been hit hard in recent years. We have seen more and more farms go by the wayside as they become increasingly unviable.”

They are designed to help support their “traditional livestock business, which simply wouldn’t survive without the supplementary income”.

Ryan shares a little cookery insight and some of his passion for Cumbria’s rich food heritage and the seasonal produce that farmers like Jon and Jo lovingly nurture, whilst talking Steve through the practicalities of BBQing outdoors.

Jon and Jo commented: “It was great to have Steve and Charlotte and the rest of the BBC film crew on the farm.”

“It will be a great opportunity for people to see what we are about and how we work with the landscape and how we are making the most of the opportunities that the farm presents us with.”

“Opportunities that help ensure that we can develop and maintain a viable business for the future, and keep farming traditions alive on the farm, which has become increasingly difficult in recent years.”

“It is something Beatrix Potter recognised in the 1930s when she bought a series of struggling upland farms in the Lakes including Yew Tree, not a great deal has changed in that regard, but we as farmers have thankfully, which helps farms like ours continue to maintain the Lakeland landscape that people have come to know and love.’’