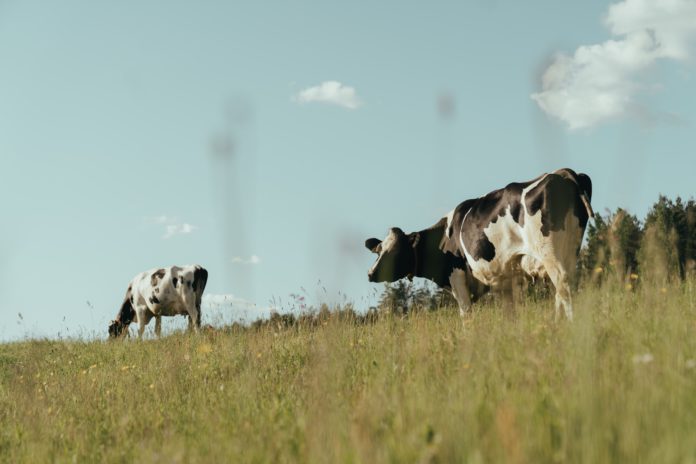 5 leading countries in the global crop and livestock exports

In this article, a spokesperson for the University of the Potomac looks at the leading countries in the global export of crops and livestock.

It is no surprise that the largest countries in the world are among the biggest producers of agricultural products.

However, for countries like China, India, and Brazil, much of its output is dedicated to feeding their population, which means a smaller amount is exported worldwide.

Yet, with the investments in agriculture technologies in the past decades, these countries are increasing their production capacities, allowing them to ship more agriproducts to the global market.

As some nations become global players in food export, other countries become heavily dependent on trade with those countries. However, when the exporting countries have a low democracy index, exchanging goods with them becomes a risky move.

A shift in the policies, laws and government in these low democratic-ranking countries would sprawl a food crisis among the nations that rely heavily on those exports.

For the longest time, the United States has been the world’s largest agricultural exporter.

The position is thanks to the technological advances in the past few decades and that the US has a 0.811 democracy index. This means that it is less risky for countries to rely on trade with the US.

The US has a large assortment of agricultural products that exports, starting from corn (which they are the global export leader) to fruits, vegetables, and nuts.

In 2020, soybeans were the highest value exported goods for the United States. It reached an export value of $25.8 billion.

Corn and wheat are other high-value exports for the US, which accounted for $9.5 billion and $6.3 billion of total value agricultural exports.

Other highly exported agricultural goods in 2020 include:

Though the Netherlands is a much smaller country than the US (it ranks as the sixth-smallest country in the EU), it has become the largest exporter of agricultural products.

In 2020, the total value of agricultural exports was $100.8 billion, increasing by $3.4 billion from the previous year.

Much of the Netherlands’ rise as a global agricultural exporter is attributed to its:

In the same year, the Netherlands was the largest exporter of eggs (415.3 thousand tons) and onions (1.7 million tons).

It is no surprise that one of the world’s largest Agri producers also leads in the export. In 2020, Brazil’s agricultural exports reached $85.1 billion, a 6% jump from the previous year.

In 2020 Brazil exported over 82.9 million tons of soybeans or about half of the global soybeans trade. It is also a lead exporter of coffee, accounting for 30% of global exports of coffee.

Yet, Brazil has a 0.599 democracy rank, which identifies its underdeveloped political culture as a risk factor for other nations that trade with Brazil.

Though most of China’s agricultural production goes to feeding its population, China continues to be among the largest agricultural exporters, with $67.2 billion worth of agricultural goods exported in 2020.

Food preparation materials and crude materials account for about one-fifth of their total export. This sector has a market value of some $10.2 billion.

In 2020, it exported about 5% of the globally traded rice, with over 2.2 million tons shipped worldwide.

Though the world relies heavily on exports from China, its democracy index of 0.048 shows that its autocratic regime can be a considerable risk factor for other countries.

It means that with a slight shift in its policies and the lack of free speech to object to it, China’s political environment can hinder trade with other nations, thus creating a food crisis.

In 2020, Germany ranked as the world’s largest exporter of cow milk, sugar beets, and hops. Together, they hold a market value of $1.1 billion.

In fact, over one-sixth of traded cow milk comes from Germany, while its sugar beet trade accounts for over two-thirds (37.8%) of the global export of sugar beets.

Furthermore, Germany is also the second-largest exporter of rye, exporting 265.2 thousand tons in 2020. This accounts for 11.8% of the total rye trade in the world.

After its EU companion France and the Netherlands, Germany ranks as the third-largest exporter of potatoes globally.

Lastly, over 1.9 million tons of potatoes were exported in 2020, about one-sixth of the total trade of potatoes.

- Advertisement -
Previous articlePrices from €75 to €2,860 at Castlerea
Next article‘Sheep farming is a viable business, but stock prices have not moved with the times’