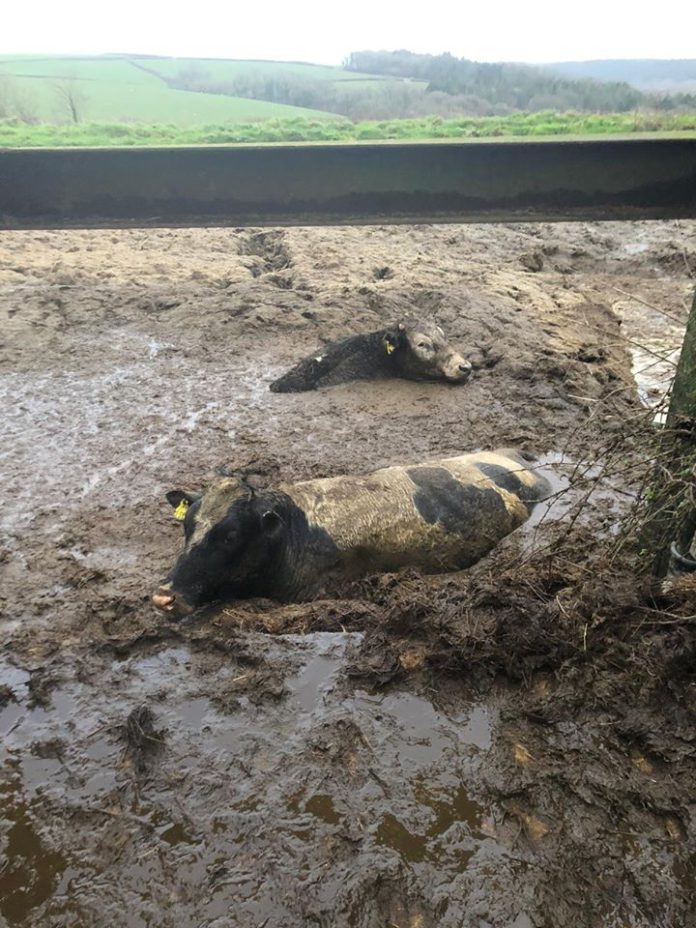 Four cattle were rescued from a 10-foot deep slurry pit in the UK on Monday afternoon (February 24th).

Barnstaple Fire Station received a call to attend a farm near Holsworthy shortly after 3:30pm.

In a statement, a spokesperson for the fire station, said: “They were asked to rescue 4 cows that had got stuck in the slurry pit. Without rescuing, they stood no chance of surviving.”

“After a long, hard and very messy time, Green Watch managed to get all 4 cows out.”

“Using special lifting slings and the farmer’s telehandler, the cows were dug out and lifted to safety. Then it was back to the station for a huge cleanup.”

In a statement, a spokesperson for Devon and Somerset Fire & Rescue Service, said: “A fire engine from Holsworthy and the special rescue team from Camels Head were sent to reports of cows trapped in a slurry pit.”

“On arrival crews discovered four cows trapped in a slurry pit measuring 20m by 15m and approximately 10ft deep. It was decided to send a further special rescue team from Barnstaple also.”