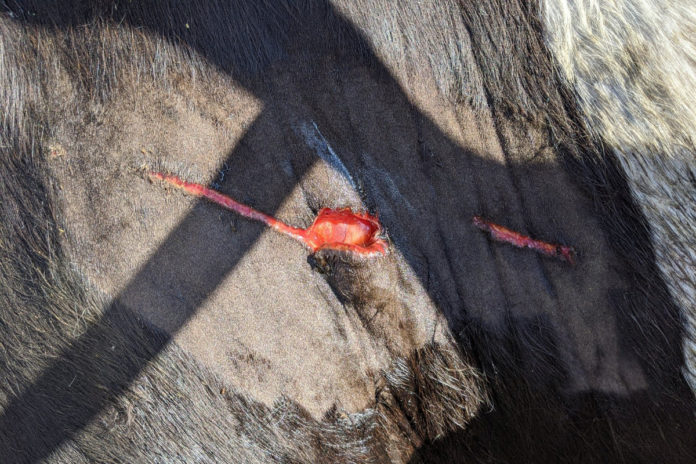 Cow injured after being chased by youths

A cow has been injured following an incident on Sunday, May 31st.

A group of youths chased a herd of Belted Galloway cattle near Box Hill, Surrey.

The cattle are owned by the Surrey Wildlife Trust and a spokesperson reported that one cow was injured in the incident.

On the Surrey Wildlife Trust Facebook page, the spokesperson stated that the cow received a wound and required immediate veterinary attention.

They received video footage of the incident and police are appealing for any further witnesses who were in the area at the time to contact them.

- Advertisement -
Previous articleVIDEO: Sorting 100 suckler pairs in under 10 mins
Next articleCourt for driver of ‘dangerously defective vehicle’ with no lights

The Health and Safety Executive for Northern Ireland (HSENI) is reminding farmers of the simple safety measures needed to stay safe when working with...
Read more
Beef

As part of this week's dairy segment, Catherina Cunnane, speaks to Kiwi native and dairy farming enthuaist, Jacob Sievwright, who was not born into...
Read more
- Advertisment -