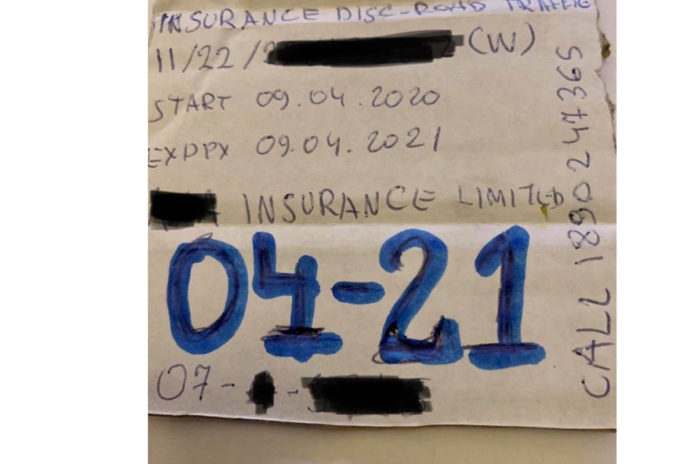 A motorist is set for a day in court after multiple offences were detected by Gardaí.

The male driver was stopped during a Covid-19 patrol in Limerick for displaying what was described as a “homemade insurance disc”.

In a statement, a Garda spokesperson explained: “Enquiries revealed the driver was not insured.”

“The car was seized, and the driver will be receiving a not so homemade summons to appear in court.”