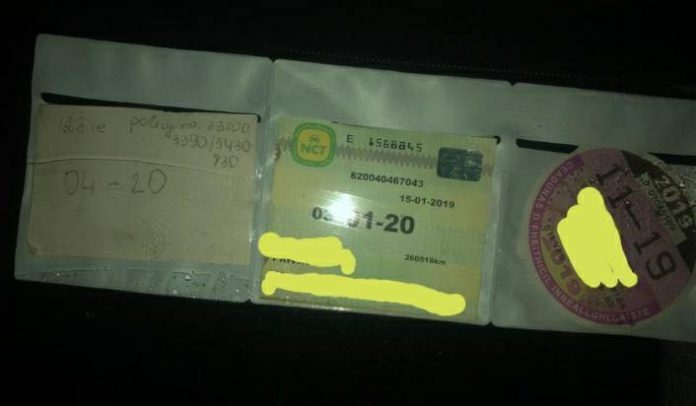 PHOTOS: Court for disqualified driver who ‘manufactured own insurance disc’

A disqualified driver is set for a day in court after he was stopped by members of An Garda Síochána in Co. Monaghan.

Officials observed a car driving with no lights one night recently.

In a statement, a spokesperson for Cavan/Monaghan Garda Division said: “It was soon established that the driver was driving while under the influence of alcohol.”

“It was also established that the driver was disqualified from driving.”

“If that wasn’t bad enough, the driver had manufactured his own insurance disc and proudly displayed it on the windscreen – what next? Court to follow.” the spokesperson concluded.