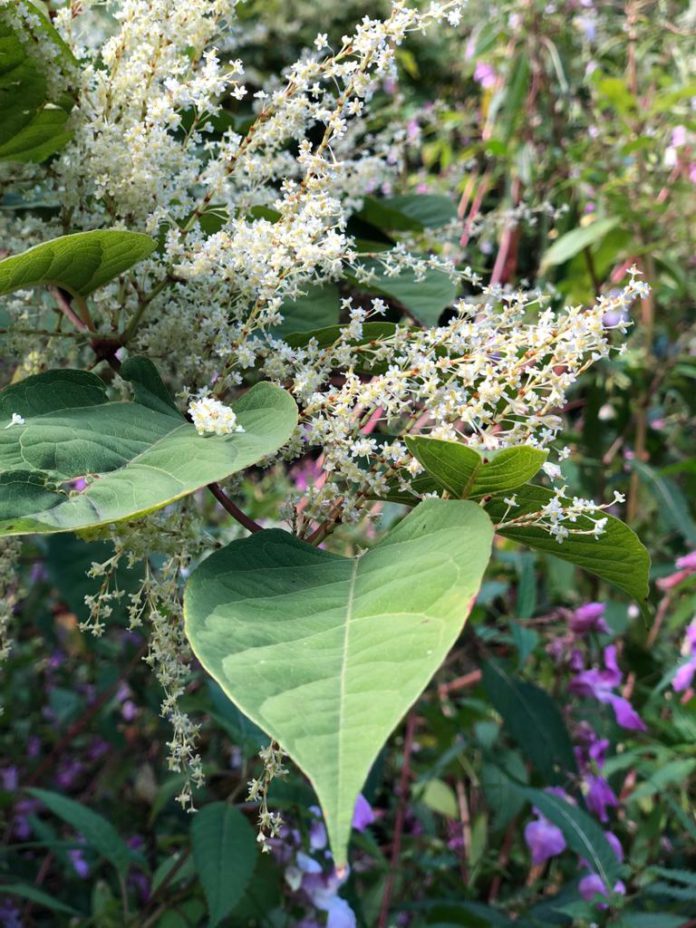 A research study has found a potential control strategy for Japanese knotweed infestations.

NUI Galway, in collaboration with multinational infrastructure consulting firm, AECOM and the University of Leeds, led the study.

They discovered that removing moisture could act as a potential control strategy for smaller infestations of Japanese knotweed.

Findings show that incorrect herbicide treatment cannot control the growth and regeneration of this invasive plant.

However,  fully drying the plant material in a lab environment allowed it to return to the soil without risk of regrowth.

The research also showed that if there are no nodes attached to the rhizomes, there is no regeneration.

What is Japanese knotweed?

Japanese knotweed (Reynoutria japonica) is a problematic invasive plant found in many areas across Europe and North America.

Notably, in the UK, the species can cause issues with mortgage acquisition. It can grow up to two to three metres in height and dominate an area to exclude most other plants.

Control of Japanese knotweed can regenerate from small fragments of plant material.

However, researchers added that there remains uncertainty about how much rhizome is required. There is also uncertainty surrounding how likely successful regeneration is under different scenarios.

The study, published in the journal PeerJ on August 12th, 2021, investigated the ability of crowns (underground mass from which rhizomes and shoots emerge) and rhizomes with different nodes to regenerate successfully from three sites in Yorkshire and Lancashire in the north of England.

The study found that the success of regeneration is related to plant fragment size. According to the research paper, larger fragments are more likely to successfully regenerate. Furthermore, for rhizomes, if there is no node, there is no regeneration.

Additionally, researchers found that removing moisture on living material resulted in 0% regeneration after plant material was dried and replanted.

“Japanese knotweed is one of the most invasive plant species in the world and has a major negative impact on ecology and biodiversity.”

“The findings of this study that showed virtually no difference between the regrowth of treated and untreated Japanese knotweed samples suggest that herbicide treatment, which is often the most suitable approach to tackle the species, is not always being done effectively.”

“Our finding that the removal of moisture has a 100% success rate on killing Japanese knotweed plants and preventing regrowth after they were replanted also raises an important potential means of management for smaller infestations that are common in urban environments.”

“This requires additional field trials, which we hope to undertake in NUI Galway soon.”

Dr Mark Fennell, Associate Director at AECOM and co-author of the study, said:

“Our key finding, that drying out the plant effectively kills it should provide reassurance to landowners that the plant is not as indestructible as is often stated.”

He said this research paves the way for developing “more efficient and cost-effective ways of dealing with it”.

The findings from this study coincide with a UK-based review of advice around how to manage Japanese knotweed in built environments.

- Advertisement -
Previous article
80 in-calf heifers for sale: ‘There is something for everyone’
Next article
Cull cows to €2,030 at Tuam Mart