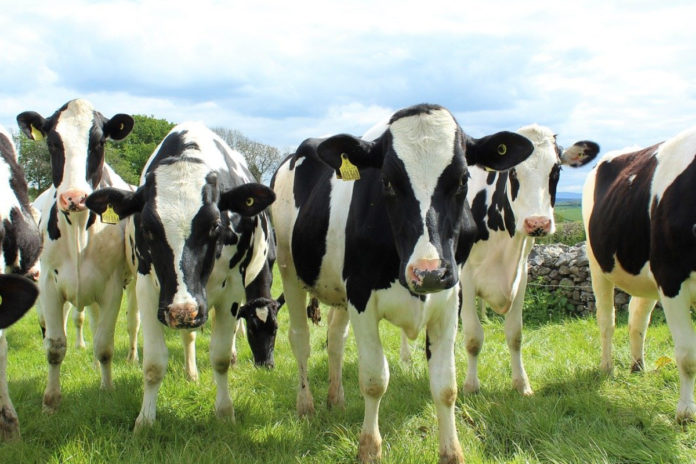 Contract rearing – everything you need to know

Contract heifer rearing is an option worth considering for both dairy and drystock farmers offering benefits to both.

With the removal of milk quotas in 2015 and the subsequent expansion in the dairy herd on Irish farms, many dairy farmers are looking at the opportunities to milk more cows and to increase milk output from the main dairy platform.

In order to achieve this, they are seeking alternative ways to access additional land, labour and facilities to rear their replacement heifers in order to accommodate this expansion.

Coupled with the volatility and price uncertainty of the beef sector at present, many dry stock farmers are now looking for possible alternative income opportunities for their farms.

Therefore, contract heifer rearing has increasingly become an option to fill this role for both dairy and dry stock farmers.

What is contract heifer rearing?

Contract heifer rearing involves the movement of the replacement heifers from the owner’s farm to another farm for rearing on a contract agreement.

The replacements may be moved from and returned to the owner’s farm at different ages depending on the individual agreements made.

What are the benefits for dairy farmers?

Where replacement heifers were previously reared on the milking platform, this land can now be freed up and used to increase dairy cow numbers and milk output, thereby increasing farm profitability if completed in an efficient manner.

As the contract rearer is completing all works associated with the management and rearing of the replacement heifers, they are complementing and in effect providing additional labour to the dairy farmer.

What are the advantages for the contract rearer?

Having an agreed fee per head per day, this gives the rearer a guaranteed monthly income and they are not dependent on an uncertain beef price and volatile market.

2. No investment in stock

There is no requirement to avail of stocking loans to purchase animals and the risk of paying high prices to purchase livestock is removed.

3. Potential to be more profitable

In an efficiently run contract heifer rearing enterprise, where the priority is to provide a high level of grassland management and produce high-quality silage, a high level of performance can be achieved.

Coupled with the removal of the risk of purchasing expensive animals and the beef price uncertainty there is the capacity to make the farm more profitable.

There should be a written legal agreement between a heifer owner (dairy farmer) and the contract heifer rearer. The agreement should be signed and dated by both parties and witnessed by an independent person.

The basic details that are included in an agreement are:

What is the cost involved?

Every individual contract heifer rearing agreement will be different; therefore the fee per head per day will vary from agreement to agreement.

As the highest costs to the contract rearer will be during calf rearing and winter housing periods, a number of key areas need to be considered when the fee is being agreed upon. Some of the main questions to be asked are:

All for these areas need to be discussed and agreed before any final fee can be arrived at.

What happens if there is an outbreak of TB?

This is a very common question in contract heifer rearing scenarios. It can be dealt with in a few different steps:

Reduce the risk
Ideally, contract rearers would only take in heifers from one source farm. Assess the TB history of the farm to ascertain if there is a higher risk of a repeat breakdown.

Follow the recommended protocols
Ensure good fencing exists between neighbours to avoid nose to nose contact. An excellent biosecurity protocol in both herds is critically important.

Feed animals in raised troughs, not along the ground.

Have a plan if a TB outbreak does occur

Ideally, the contract rearing farm should have facilities to manage calving, feeding and milking of the replacement heifers in the event of a TB outbreak. In many cases this may not be practically possible.

Where there is a concern about animal welfare, prior permission from DAFM should be sought to move animals under license.

This article was written by Teagasc.