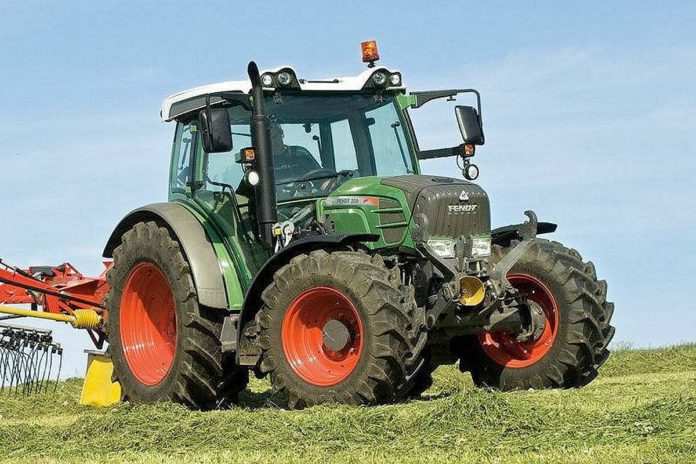 The Ulster Farmers’ Union (UFU) has raised concerns regarding the prevention of agricultural vehicles travelling on the M2 Ballymena by-pass.

Classified as a motorway, the prohibition of agricultural vehicles on this section of the road is causing “serious distress” for farmers and contractors in the Ballymena area, according to the UFU.

The organisation said that farmers, coming from businesses such as Moore Concrete, are also impacted as they have to take an alternative route through the town centre with large vehicles and agri machinery.

Commenting on the issue, UFU deputy president, Victor Chestnutt, said, “It is nothing short of unacceptable that agricultural traffic is forced to travel through Ballymena town centre instead of using the most appropriate route; this is causing distress for our farmers.”

“They have to navigate large machinery through built-up areas with schools and shops in the vicinity and endure high levels of traffic.”

This, he warned, increases the risk of a serious road accident in the town and at the end of the northwards dual carriageway where agricultural machinery has to manoeuvre into the fast lane.

Chestnutt said that the M2 Ballymena by-pass provides more convenient access for farmers farming around Ballymena as well as to the mart, “benefiting all road users”.

“In recent month, the number of enquires I have received from UFU members about the classification of this stretch of road has increased immensely and road safety is the main concern.”

The situation was brought to the attention of UFU members following the prosecution of a farmer last year for driving on the motorway with a tractor and trailer, after leaving the mart.

“Preventing agricultural vehicles from using the Ballymena by-pass and forcing our farmers to endure the intensity of town traffic, is putting public safety at risk.”

“It is only a matter of time before a major incident involving an agricultural vehicle becomes an unwanted reality.”

“With the number of farming vehicles commuting through the town centre continuing to increase, I am appealing directly to DFI Roads, the PSNI and our politicians, to think logically because it is no longer viable to exclude agriculture machinery on this stretch of road.”

He outlined that the necessary steps need to be taken to ensure the safety of the general public and UFU members, and to ease traffic around Ballymena.

- Advertisement -
Previous article
PHOTOS: Digger used in attempted ATM theft
Next article
How many cattle were slaughtered during the second week of 2020?