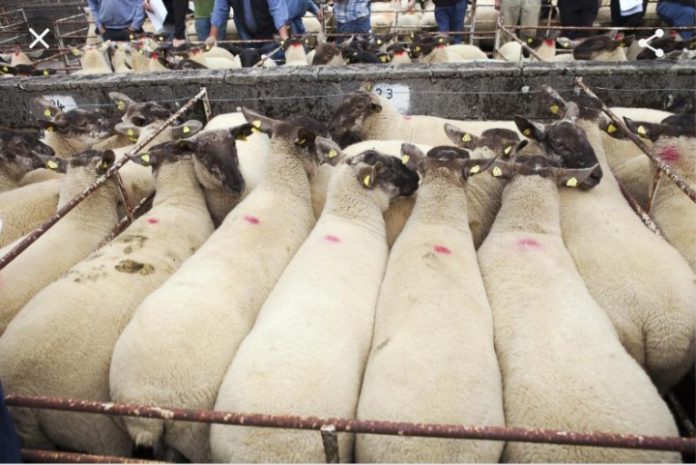 Close to 2,000 entries on offer at Borris Ewe Breeders’ sale

The annual event showcases the Borris ewe – a cross between a Cheviot ewe and Suffolk ram.

Sellers from the south-east are set to bring their best Borris hogget ewes and ewe lambs to the show, with lots are offered in groups of ten.

Judging will take place prior to sale, with approximately 600 ewe lambs sale starting at 10.30am, 1,200 hogget ewes starting at 12.30pm and 150 older breeding ewes set to go under the hammer after the hogget sale.

‘The backbone of many of Ireland’s great flocks’

Speaking to That’s Farming, local breeder and chairman of the association, Maurice O’ Donoghue, said: “The Borris ewe is well-known for its maternal traits coming from the mothering Cheviot ewe.”

“The Suffolk/Cheviot-cross has brought extra growth, shape and prolificy without sacrificing longevity.”

“The hardiness comes from the Suffolk breed as well as the mountain characteristics of the Cheviot. The high maternal traits, acquired from the Cheviot breed, make up the backbone of many of Ireland’s great flocks.”

“The Borris Ewe Breeders’ Association is going from strength-to-strength. They are a group of farmers from the foothills of Mount Leinster in south Carlow.”

“The fact that the breeders are a tight-knit group has helped standards and quality.”

“We would appreciate if people could arrive early as we will be adhering to strict Covid-19 guidelines. We look forward to seeing you all there.” Organisers concluded.