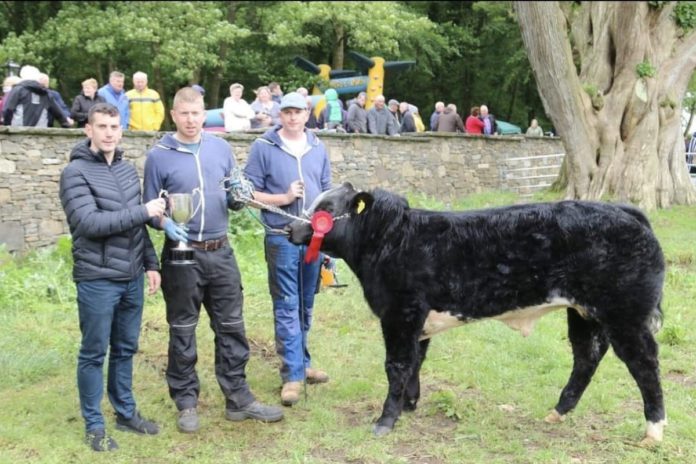 Gort Co-operative Livestock Mart’s final cattle sale of 2021 will be one to remember for the Hayes family, Lahinch, County Clare.

The family achieved €7,200 for a 430kg Belgian Blue-sired heifer from a pedigree Limousin dam.

Tony purchased this heifer from the Joyce family in Galway with another heifer, which made €7,180 also at the same sale.

He also sold another homebred-heifer on the night at €3,400.

He sells his progeny at Gort Co-operative Livestock Mart and Ennis Mart, weighing 400-500kgs at 9-12-months.

“Our weanlings averaged between €1,350 and €1,360 in 2020 and around the same price the previous year,” Tony Hayes, a Pallaskenry Agricultural College graduate, told That’s Farming.

“We have 16 more heifers and 10 bulls to sell. So, we will be selling them between Gort Co-operative Livestock Mart and Ennis Mart in the next couple of months.”

“The last couple of years, we would have sold most heifers in Gort Co-operative Livestock Mart Limited and some bulls being sold.” 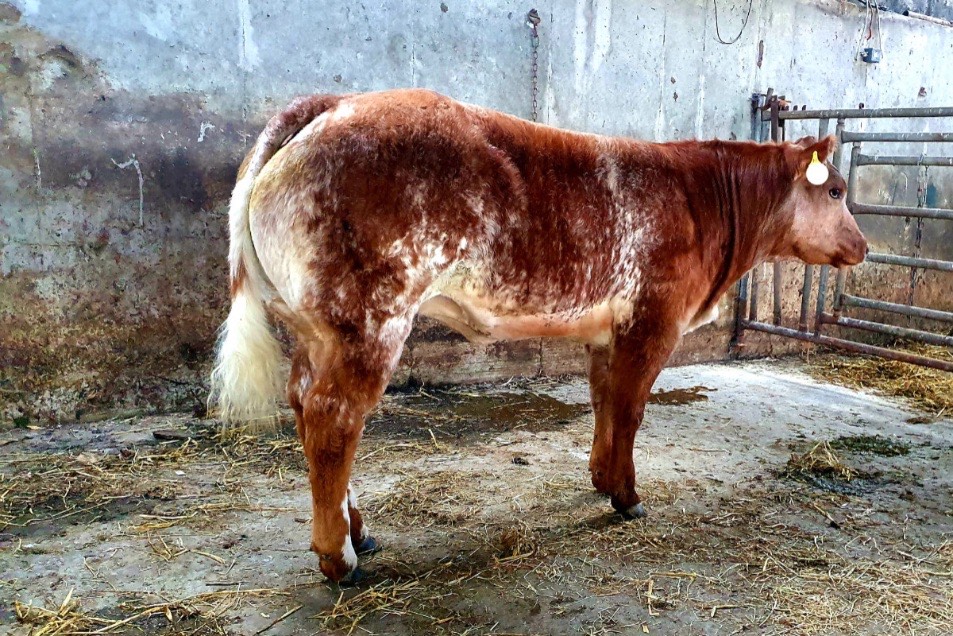 “The good-type breeding heifer is very hard to get with numbers declining.”

“Some people have lost interest in farming, and there are only a certain amount of younger farmers coming on.”

Tony retains up to 6 replacements every year, noting he may sell some as springers later – depending on the farm’s yearly replacement heifer rate.

“We once kept bullocks at one time, but with land been so hard to purchase and rent, we cut back on bullocks.”

“Also, our land is heavily soiled, and we have long winters, so our housing periods are very long. It was not viable to keep feeding big heavy livestock anymore.”

“I have always been interested in show-type cattle and did a lot of showing over the last ten years. Every other summer apart from 2020 and 2021, I exhibited commercial cattle at agricultural shows.” 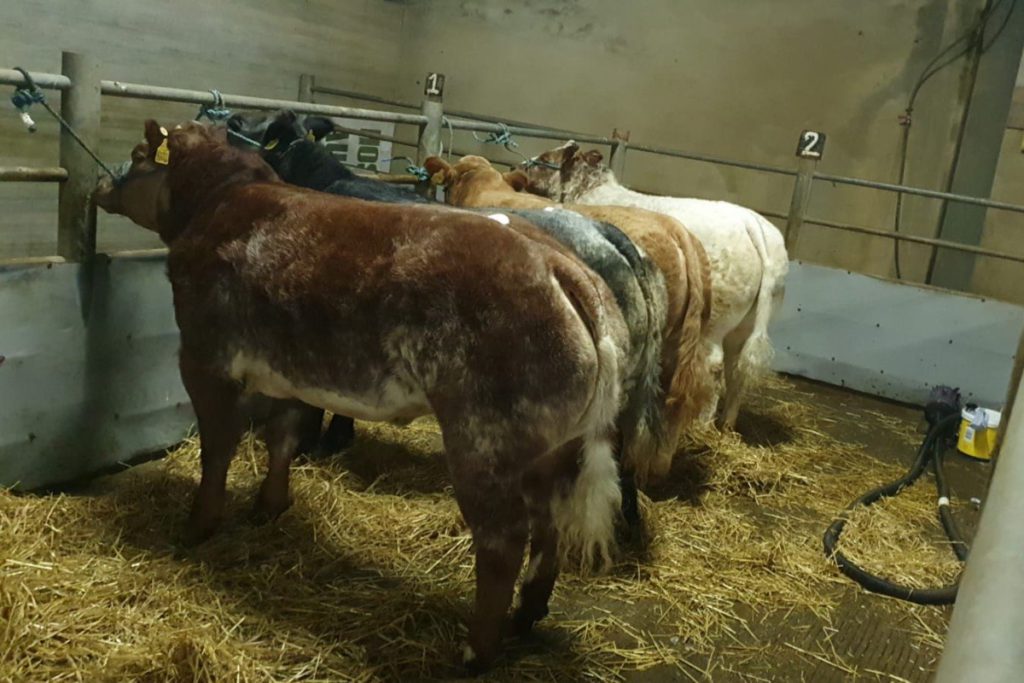 The Hayes traditionally strived to breed a plainer-type Limousin cow with first and second-cross genetics from a dairy herd.

“Even though they were first and second cross off dairy cows, they were very good cows to breed because they were off British Friesian-type cows.”

“We have some cows remaining to breed off that line on the farm, so we have a nice milk trait line.”

“We are moving towards bigger, heavier and more conformed cows, which have been better bred with more of them being AI bred.”

Tony aims for a feminine-type animal with the following traits: a nice head, a good pelvis, good feet, a good ability to calf and rear her calf, milk, looks well and good looking.

Furthermore, she must have a mixture of Limousin, Belgian Blue, and Charolais in her genetics.

“The Limousin breed is a good cross, and they are a good cow to rear their calf. I find them easy to handle, and they are docile.”

“I choose Belgian Blue cows to get that good cross and an E-grade calf that is going to make €3.00/kg+.”

“To try to have that little bit of each breed is the ideal cow, but it is hard enough to get it and get everything else right.”

Tony shared his view on the modern-day suckler cow.

“I reckon at the moment, if you are not breeding the top type of calf, you are doomed because poorer grade calves are not paying. It is not paying to keep suckler cows.”

“It is not too bad when you have good land and cows are not as housed for as long, but on poorer land, unless you are at the top-end, it is very hard to make out.”

“Even at that point alone, every farmer needs to have an off-farm income as well.”

“It is getting very hard to survive with the price of meal, agricultural contractors, and fertiliser.

“It is impossible, plus there is very little help coming from the government concerning any aspect of farming, especially in the west of Ireland because land is marginal.”

“Unless you are breeding the very top-end stock, it is a waste of time.” 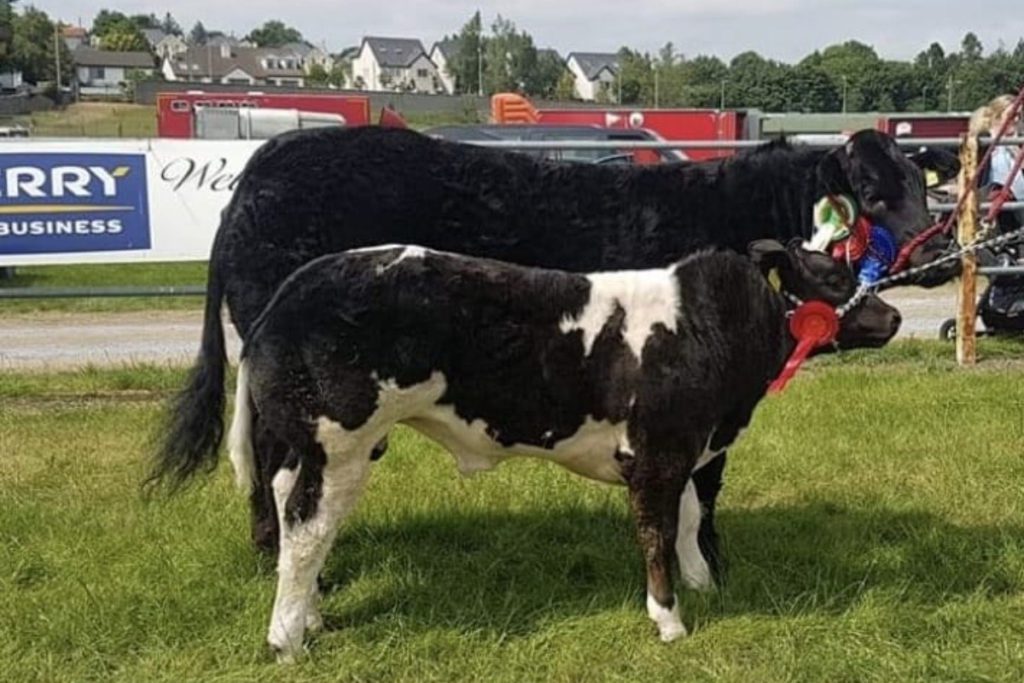 The family uses 90% of AI on their herd, beginning in March and utilise a Limousin stock bull to mop up until June.

In November 2018, Tony purchased his stock bull from the Sharkey herd for €3,000 at an Irish Limousin Cattle Society sale.

“A lot of help on my breeding programme comes from my AI technician, Thomas Griffin, and my two breeding advisors, Enda O’Gorman, Munster AI, and John O’Reilly, Dovea Genetics.”

“We have looked into using some sexed semen for the upcoming breeding season to get more heifers.”

“We try and breed the better type of heifer to sell on as replacements.”

“The genetic pool is not too bad; it seems to be improving year-on-year. So, I would say the future is bright in that sense.”

Tony also completed ET work two years ago, with 13 embryos from one single flush. He achieved one pregnancy with an implanted grade 2 embryo.

Tony and his family calve 30% of cows in December, with the remainder in early spring due to help being available from family members during the Christmas period.

On the other hand, according to Tony, a spring-calving system allows the family to have early born calves.

“There is a big workload when you are breeding bigger calves. They can be that bit softer and need more help, but it leaves that bit more money at the end of the year.”

“We try to achieve a compact calving window as much as possible.”

“However, when you are using AI, there are always a few that will drag out, missed or repeat.”

Tony assists 35% of calvings and uses calving cameras to monitor cows and also checks them regularly.

Tony explained why the family calves down heifers at three-years-old.

“We tried calving them younger. However, because our land is marginal, I find if you are calving heifers any younger, they need to be out on grass earlier and have a shorter housing period in the winter.”

“I find the heifers inside for the winter that little bit longer it takes its toll on them. So, we rather have them bigger and stronger.”

“I find they need to be that developed and that bit strong, especially when using Belgian Blue bulls on second-calvers.” 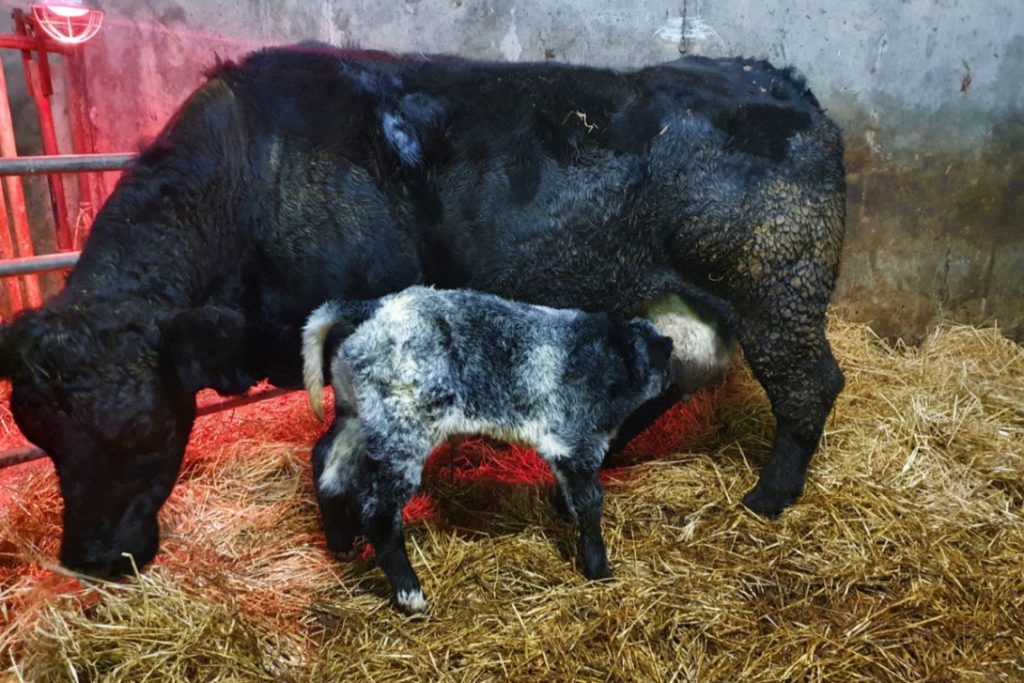 The Clare native received many accolades at agricultural shows, including the overall commercial champion title at Corrandulla Show, the female commercial champion silverware at Charleville Show, and second and third place at the All-Ireland suckler heifer championships in Swinford, County Mayo.

Tony plans to continue keeping a high standard of stock on his farm, continue reseeding land yearly, continue showing cattle with his friend, Shane Shannon and focus on improving the replacement heifer quality.

“My long-term plan would be to expand a little bit with our land base and cow numbers if we can.”

“We would like to increase our herd to 40 cows and try to sell the calves between 9-12-months-old to cut down on housing numbers.”

“Many thanks to my family, friends, neighbours, suppliers and vets. None of our success would be possible without their help.” 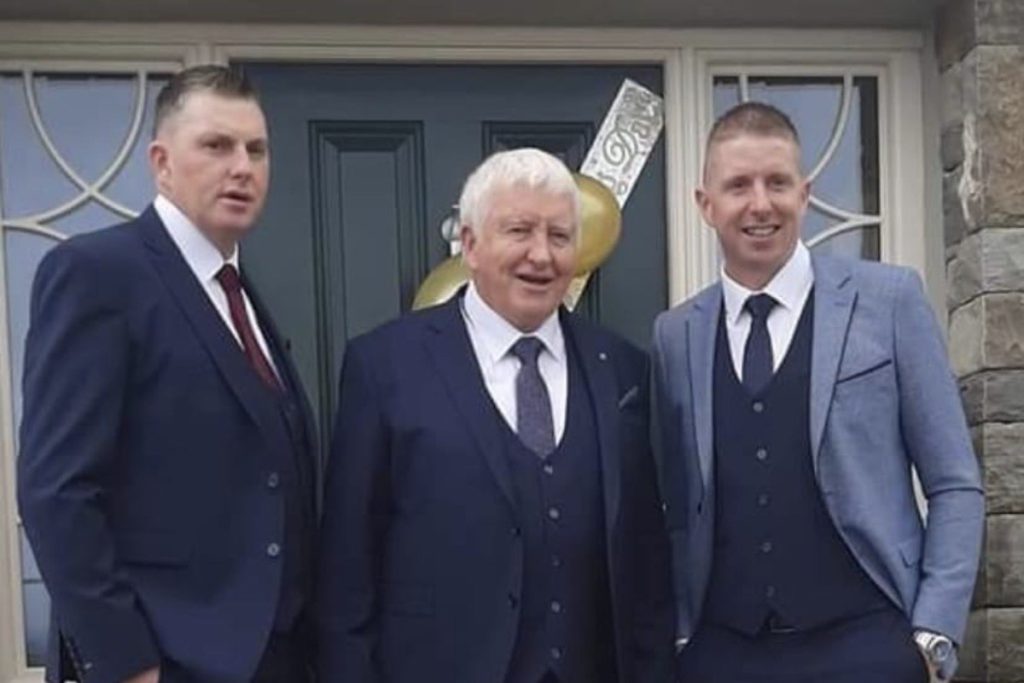 Future of suckler farming in Ireland

Commenting on the future of Irish suckler farming, he said, “The government are going to have to come up with some incentive to help farmers because, at the moment, they seem to be on farmers back and doing nothing to help them.”

“Everywhere we go, we see to be running into problems with the cost of feed and fertiliser.”

The Clare suckler farmer believes he and other farmers are being blamed for carbon footprint and pollution. In his view, farmers are not at fault.

“They need to win more confidence back from the public and need some support from government.”

“Farming has a lot to do with Ireland, and in the past 200 years, it has paid for a lot of the upbringing for a lot of families and education of them.”

“A lot of the public seems to be on the farmer’s back in the last year or two.”

“So, I think the public needs to realise what is going on and realise it is not actually the farmer that is doing as much harm as there being told their doing.”

“Maybe, these people need to look at themselves a little bit more before they start pointing the finger at farmers.”

According to Tony, “the national herd should be reduced for these armchair farmers and cut out all these people claiming all these grants and doing the least amount of farming possible.”

“They should be removed from the national herd, and farming should be left to people actively farming,” the Clare suckler farmer concluded.

- Advertisement -
Previous article
­2021: The safest year on roads since records began in 1959
Next article
6 destructive pests in the agriculture industry