That's FarmingThat\'s Farming Irelands Largest Farming News, Properties and Classifieds Network
HomeFarming NewsWhich of these 10 chocolate treats would you like to see making... 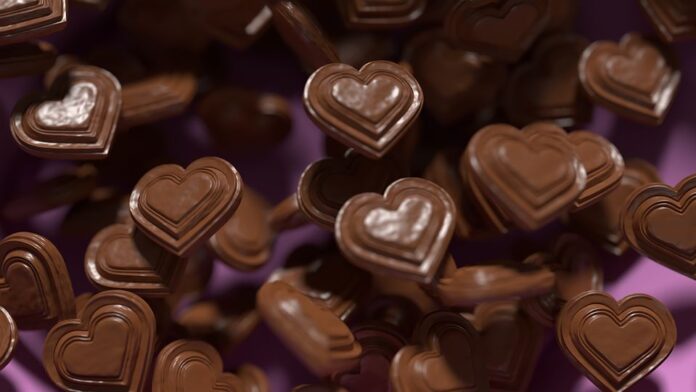 Which of these 10 chocolate treats would you like to see making a comeback?

Celebrations have shocked the nation by kicking the perennially divisive Bounty chocolate from some of its tubs this Christmas.

The decision came after a study by Mars Wrigley, the company that makes the festive staples, determined that 39% of consumers wanted the chocolate-covered coconut “gone for good”.

Fans of the love-it-or-hate-it Bounty need not fear, as the treats will still be available to fans in most Celebrations tubs.

However, limited edition Bounty-less versions of the confectionery tubs will be around up until December 18th, it has emerged.

With this in mind, the team at Betway has looked back on all the sweet treats that have been removed from festive confectionery tubs over the years.

Using search volume data, it has determined which chocolates the UK public miss most.

Which of these Celebrations, Heroes, Roses or Quality Street treats would you like to see making a comeback?

The popular triangular chocolate bar enjoyed a very short stint as part of the Heroes tub between 2013-2015.

It may have been seven whole Christmases since Toblerone last appeared in the Cadbury’s chocolate tub, but with 67,000 monthly searches for the mountain-shaped chocolate, it seems many would like to see it return.

Cadbury’s famous dark chocolate bar was a staple feature of the Roses tub before being moved over to the Heroes tub in 2008.

However, Bournville only lasted a short time as part of the Heroes lineup and was removed altogether in 2013.

Now, it does not feature in any of the popular festive confectionary tubs.

Fuse was removed from the Heroes tub in the mid-2000s, but it appears that chocolate fans have still not gotten over it, with the treat receiving 16,000 searches.

In fact, the Fuse bar, which contained peanuts, raisins and cereal pieces, was discounted altogether in the UK in 2006 but remains a popular choice in India.

Plenty of people may not remember that Smarties were once Quality Street royalty.

A small carton of the different-coloured shelled chocolates appeared in the festive confectionary tub for one year only in 2004.

With 6,500 searches per month, people would clearly like to see Smarties make a comeback to Quality Street again.

They would certainly help to fill up the kids, leaving more pickings for the grown-ups, at least.

Another treat that people may have forgotten was once part of our festive confectionery tubs is Turkish Delight, which featured in the Roses tub for some time.

Like Bounty, the Turkish Delight was a real love-it-or-hate-it sweet, and while 5,400 people a month clearly miss it, there is no doubt plenty are in no rush for it to return.

Yet another sorely missed Heroes option is the classic Time Out bar, which contained layers of wafer and rippled chocolate dipped in smooth Cadbury’s chocolate.

The treat was given its own ‘time out’ of the Heroes tub way back in 2007 and sparked uproar in 2016 when it was suggested that Cadbury’s may discontinue the chocolate bar for good.

Celebrations have barely made any changes to its lineup of chocolates over the years, making the recent removal of Bounty all the more shocking.

The Topic bar was the first Celebrations treat to get the chop way back in 2006. It looks like 4,600 people a month would welcome the comeback of the nutty treat.

There is no shortage of flavours in Cadbury’s Picnic, with wafer, caramel, peanuts and dried fruit all crammed together in one chocolate bar.

Sadly, the Picnic was simply too divisive to keep its place in the Heroes tub and was removed way back in 2007.

This was the same year as the Time Out and the Topic – just how did chocolate fans survive?

Fans of white chocolate were not happy when Cadbury’s made the controversial decision of removing Dream from the Heroes tub way back in 2008.

The Dream bar was eventually discontinued altogether due to a lack of popularity.

However, the treat did make a brief comeback to UK shelves in 2020, appearing as a limited edition item in B&M Bargains.

Another sorely missed Celebrations chocolate is the Galaxy Truffle, the removal of which ruined more than a few people’s Christmases back in 2011.

Fans of the Galaxy Truffle are truly devoted to the treat, with one even starting an official petition to reintroduce it to the Celebrations tub back in 2018.

- Advertisement -
Previous article
Heifers to €2,000 and cull cows to €1,860 at Ballinrobe – Mc Guire
Next article
Limousin Society to host SGM