That's FarmingThat\'s Farming Irelands Largest Farming News, Properties and Classifieds Network
HomeBeef‘At some stage, they are going to have to tell us what... 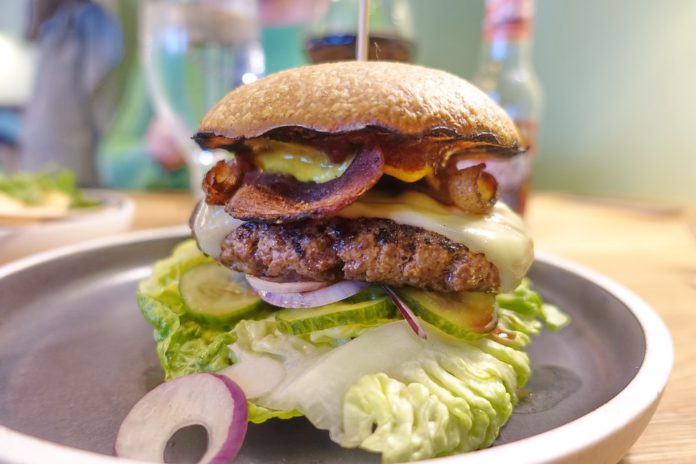 ‘At some stage, they are going to have to tell us what they are’ – scientist on ‘free from’ products

Precision fermentation and cell-based meat technologies “work, but that is not the challenge”.

That is according to an internationally recognised scientist, Monash University, Australia, Professor Paul Wood, who discussed the subject at a recent conference in Dublin, which shone the spotlight on the societal role of meat.

The event, which involved a series of headline international speakers, aimed to address the anti-meat rhetoric and help attract scientists to the industry.

In a video, which Teagasc has shared on its YouTube channel, Professor Wood commented:

“These technologies [precision fermentation and cell-based meat] work because we have been using the technologies for decades in the pharmaceutical industry”.

“It is not that they do not work, but it is about scale, cost and consumer acceptance.”

“The technology fits into alternative or complimentary proteins. These are going to be ways of providing protein or nutrition.”

During the session, he listed plant-based meat, plant-based dairy, fungi, algae, insects, cell-based meat and precision fermentation and provided examples of each.

Wood outlined that plant-based meat accounts for 1.4% of the total USA meat category.

He told the conference that there are over 1,300 start-ups in this space, with some large food companies “aggressively” moving into the field, which has “blown up really quickly with billions being invested”.

He said when you dig deeper into ownership, “it is actually the same companies sitting behind there”.

“So, the big food companies do not mind what food you buy, just as long as you buy it from them.”

Then, he discussed some “major” issues for the growth of the alternative protein markets.

Firstly, the scientist pointed to matching the taste and texture of animal-based proteins.

Secondly, he listed matching the nutritional profiles for meat and milk, which rears concerns in relation to highly processed products.

He reported that market growth has “stagnated” as new products are taking market shares from existing plant-based proteins.

Moreover, Wood pointed to “nervous” capital markets, with some investors reporting valuation losses to the tune of $10 billion in valuation in the last year.

“It has really flatted, particuarly over the last year, and that has started to scare the markets,” he remarked.

Wood said: “It is no longer good enough to just make a claim. Most of these products tell you we are not meat, or we are not milk, that we do not kill animals or use all the land or water, but they do not tell us what they are.”

“What are you? It is really interesting marketing. At some stage, they are going to have to turn around and tell us what they are.”

“They are going to get better with products with better taste and texture, and the price is another issue, being two to three-fold higher than what they are competing with.”

“Prices are coming down, and the meat plant-based burger is actually on price par today.”

He also referenced the emergence of sustainable animal-based branded products and demonstrating sustainability claims, which has resulted in prosecutions in some countries.