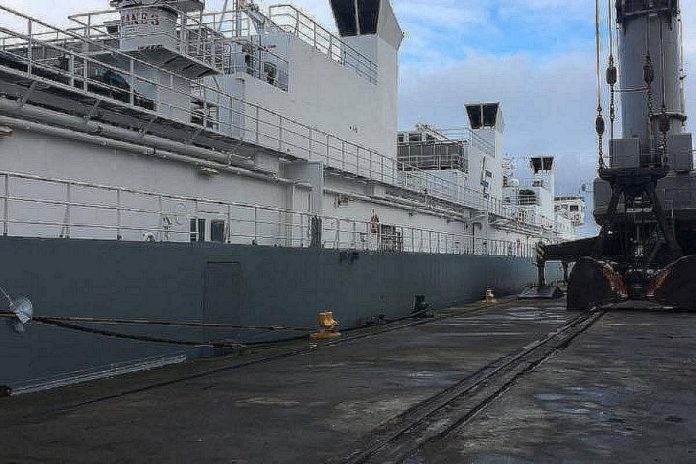 The recent “technical difficulties“ regarding the shipment of cattle to Algeria have now been “ironed out”, according to Emerald Isle Beef Producers (EIBP).

The ship, that has been docked in Bellview Port, Waterfod, for the last week is now scheduled to head for Algeria “before the end of the week“, according to a spokesperson for the beef produce organisation.

“Stalemate had developed between the Irish Department of Agriculture and the shipping company as regards procedures to be followed for the shipment.”

“The impasse came to a head during the week when the shipping company, facing birthing charges of tens of thousands of euro per day, made the decision to ship the cattle out of France rather than Ireland.”

“The loss of this contract to ship 13,000 finished bulls and steers from Ireland to Algeria would have been a damaging blow to competition for finished cattle in Ireland.”

Bull beef has the potential to be the most profitable of all beef enterprises because of the superior conversion rates of bulls versus other animals, the spokesperson added.

“In recent years, many farmers have been forced to castrated bulls due to lack of markets and also excessive factory penalties for overage and overweight bulls.”

Emerald Isle Beef Producers said it was the biggest supplier of cattle for the last shipment supplying over 600.

The organisation thanked Dr Salmon and the Minister for Agriculture, Food and the Marine, Michael Creed, along with his department and various politicians who “intervened and collectively came up with a workable accommodation to facilitate the shipment”.

“Payment terms for this next shipment have also being sorted out with the shipper and  farmers are guaranteed bank transfers of monies after cattle cross the scales in New Ross Mart.”

“Being able to plan ahead and feed bulls to their potential without the need to check weights and age on a weekly basis would be a big plus for beef finishers.“

“Farmers now need to pull together and support this shipment and make sure enough cattle are supplied to fill it.”

“In a couple of months’ time when age and weight penalties are back in force in all factories, this ship will be valuable competition.“

U and R grade continentals, Herefords and Angus factory- fit bulls 16-30-months or heavy steers, the same breeds up to 34-months, are being sought.

“We would also like to acknowledge the cooperation of all farm organisations in their support for the  live shipments of cattle during this difficult period  for Irish beef farmers.” the statement concluded.