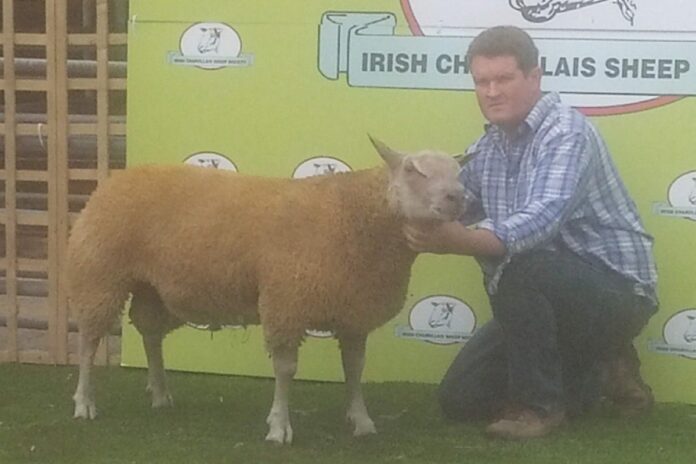 ‘Sheep farming is a viable business, but stock prices have not moved with the times’

Those are the words of sheep farmer, Denis Kavanagh, who farms a 50-acre enterprise with his wife, Pauline.

In 2015, the couple from Mullins, Co Carlow established their Charollais flock with ten ewe lambs from Andrew Reilly.

In 2016, they began their pedigree Beltex flock with eight hoggets from TJ Gormley and two hoggets from Michael Lynch.

They cross their pedigree Bleu du Maine and Suffolk sheep with a Beltex.

In 2020, they founded their Suffolk flock with ewe lamb purchases from Brendan Fitzpatrick and their Bleu du Maine flock by investing in ewes from John Murphy.

They run all their sheep under the Ballyhegan flock prefix.

The husband and wife continue to introduce new bloodlines from notable Irish breeders to the flock but mainly breed their own sheep. 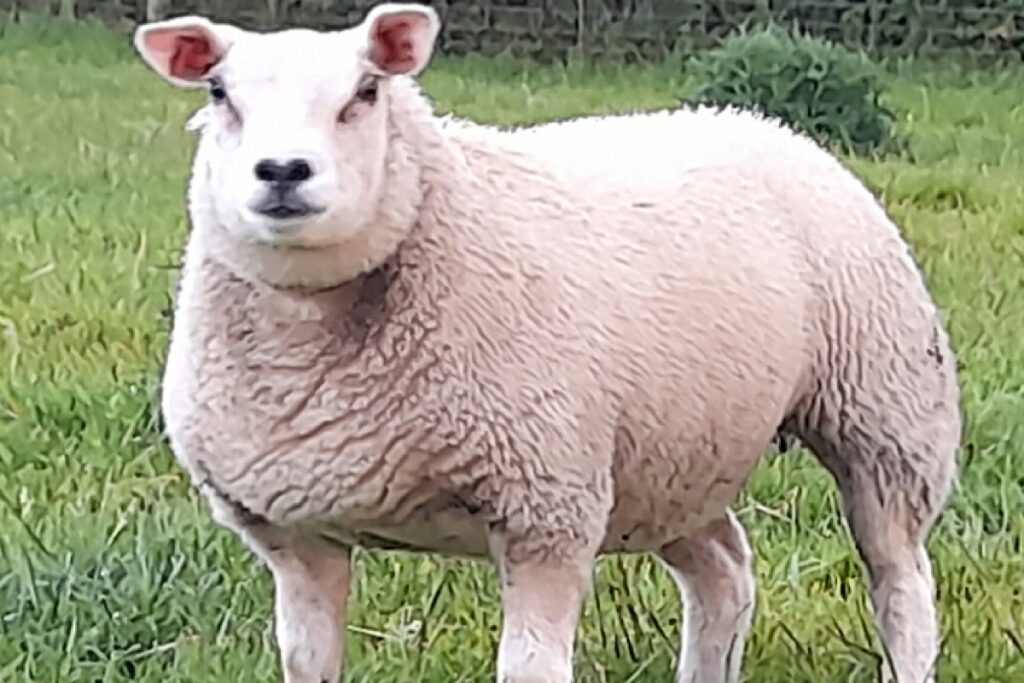 Denis grew up on a farm with up to 170 Borris ewes and around 15 Angus-cross, Hereford-cross, Charolais-cross, and Limousin-cross suckler cows.

“Agriculture was always a route I was going to pursue in life. I am a self-employed steel fabricator as well, and growing up, I did not have an interest in pedigree sheep,” Denis Kavanagh, a 1996 Multyfarnham Agricultural College graduate, told That’s Farming.

“It was only when I started farming myself that I became interested in pedigree breeding because we only had a small farm.”

The husband and wife choose the Charollais breed for their easy lambing, maternal abilities, and fast growth rates.

They pick the Beltex breed because of all the above characteristics, their excellent muscle, cross-breeding abilities and kill-out performance.

Commenting on why they crossbreed, they said it gives extra size, hybrid vigour, muscle, and conformation to the rams.

The husband and wife have been using all stock rams for the past few years.

The husband and wife let the ram out to groups of 15-20 ewes.

They also run a Beltex ram, Sheephaven Frankie, which they purchased during the summer of 2021 from Declan Robinson and a Milford ram from Declan Miley for commercial sheep.

“I have most of my rams for a good few years, and I know they are breeding.” 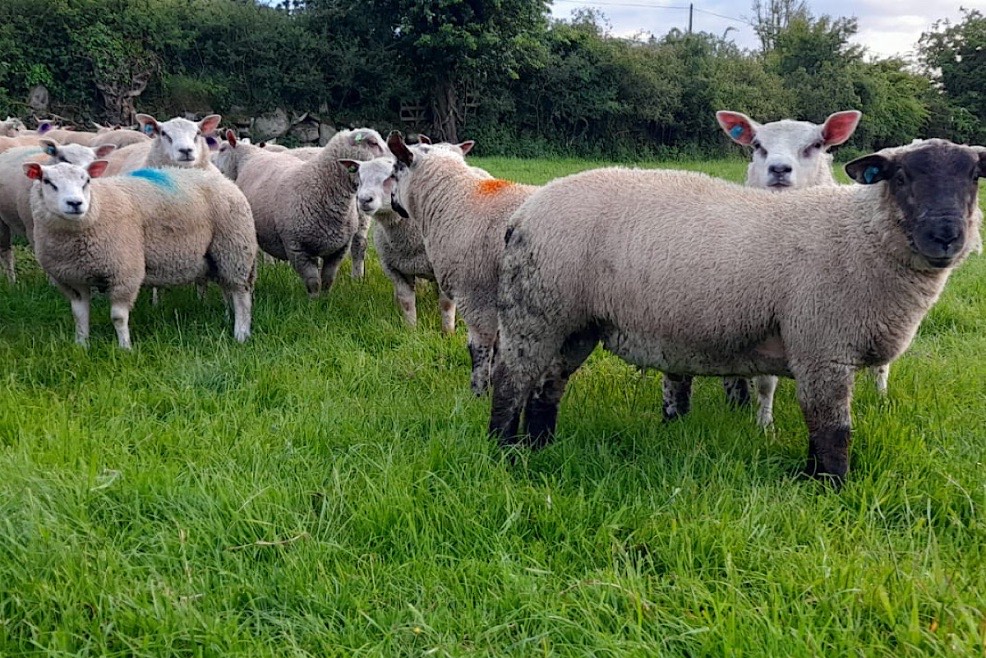 These lambing windows enable them to sell rams from mid-June onwards.

The husband and wife outlined that the Beltex and Charollais breeds require minimal lambing intervention, but they do monitor them via cameras.

They achieve their compact lambing period by sponging ewes at the end of July and introducing a cross-bred teaser ram.

The couple retains the “best” ewe lambs and selects on fast thriving, a “nice” sharp head, “nice” tight wool, “good” muscle, correct on their feet on their and mouths, and that are from a “good” breeding line.

They have a strict culling policy for sheep, which they send to Tullow Mart.

The husband-and-wife sell the rest of their Charollais and Beltex ewe lambs and hoggets on-farm.

90% of the Kavanagh’s customers buy pedigree rams, but there is a growing demand for first-cross rams.

They sell up to seventy commercial sheep at Tullow Mart from September to November, which they feed on a grass-based diet.

“Most sheep farmers work part-time and find they can come in the evenings after work or on the weekends and have a good few rams to pick from. It suits customers as well.”

“My highlight would be to see a farmer that I sold to before coming back again and telling me that the last ram he bought of me did well. I would get more of a kick out of that.”

The couple bred a Charollais ram, Ballyhegan Transformer, a few years ago, which won the all-Ireland championship in Kilkenny for Michael Walsh, Donegal. 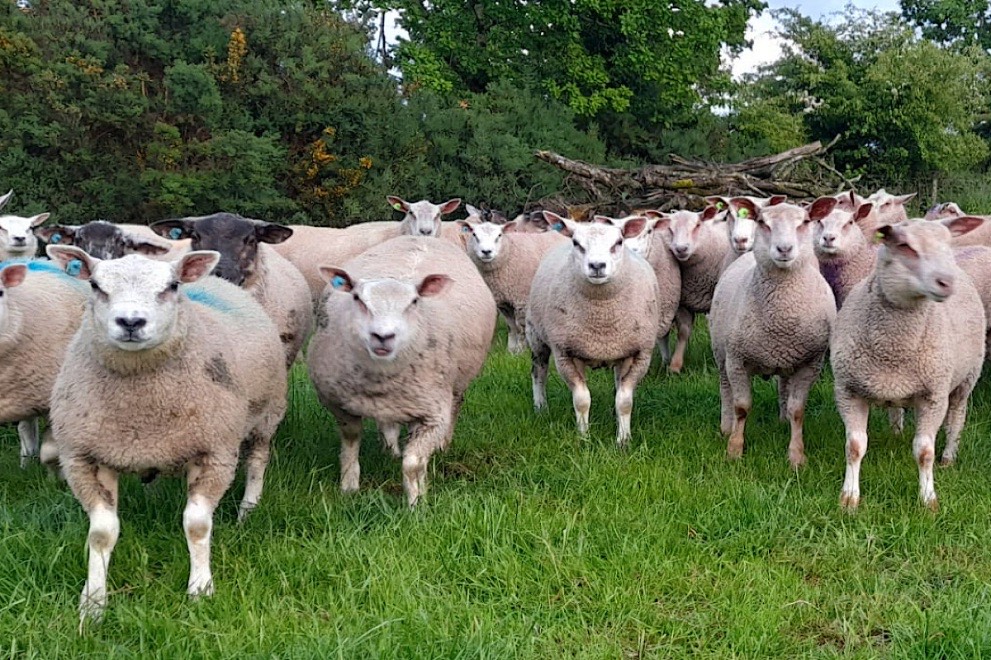 Challenges they face in the sector include fertiliser and feed prices.

“I feel there is plenty of work, especially with the pedigree sheep more than the commercial sheep.”

They manage their grassland by reseeding land using a paddock-based system with fresh grass weekly.

The husband-and-wife graze pedigree sheep separately and keep the best-quality grass in front of sheep and cattle.

“Crossbred lambs are here for the summer, and the best part of the year, so that is why I find I do not need to feed them concentrates.”

The husband-and-wife believes hard work, patience, not overfeeding your sheep and trying to breed a “good” hardy sheep are key to success in pedigree sheep breeding.

“I try to breed a good kind of sheep and buy a ram that will go on and do well for a person.”

“Also, that they come back and buy another one in a couple of years, or they will tell their neighbour I got a good ram from Denis Kavanagh rather than trying to overfeed soft sheep.” 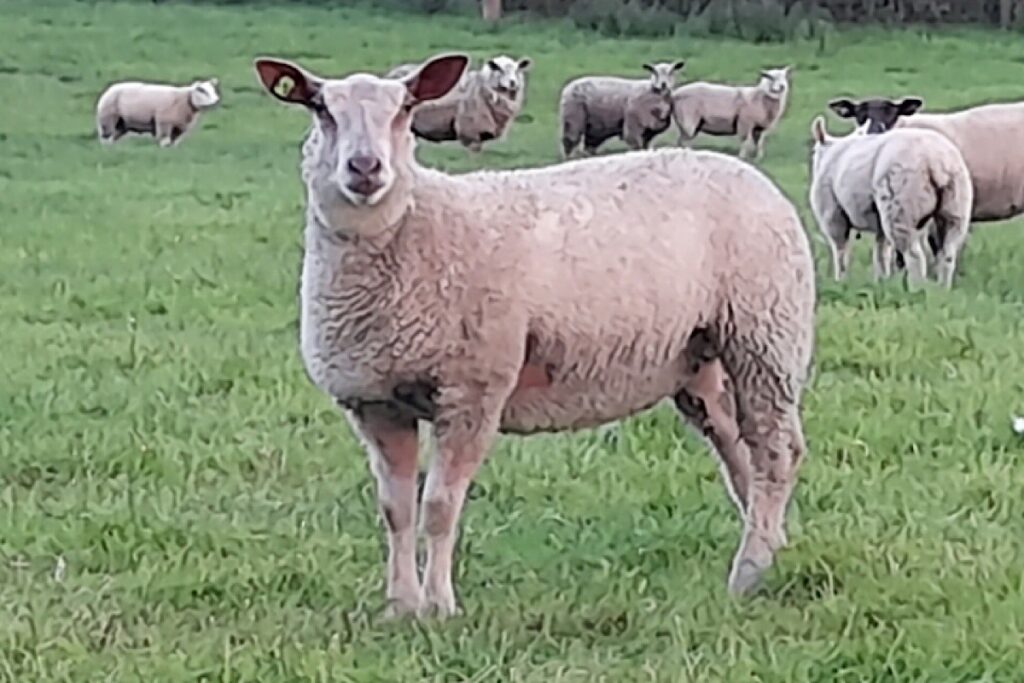 Farm plans and the future of Irish sheep farming

The couple intends to resume farm investment in fencing and reseeding and expand their ewe base.

“If something catches my eye, whether, at a sale or a private yard, I will always have an eye out for good stock.”

“Sheep farming is a viable business, but, in my opinion, you need to have good handling facilities, good fencing, and a good shed to reduce labour.”

“I feel good grassland management is very important, and fresh reseeding. In my view, the price of the commercial lamb could do with being a lot higher.”

“In my opinion, stock prices have not moved with the times. Cattle and sheep prices need to be far higher with the price of input costs and the amount of labour involved,” the sheep farmer concluded.