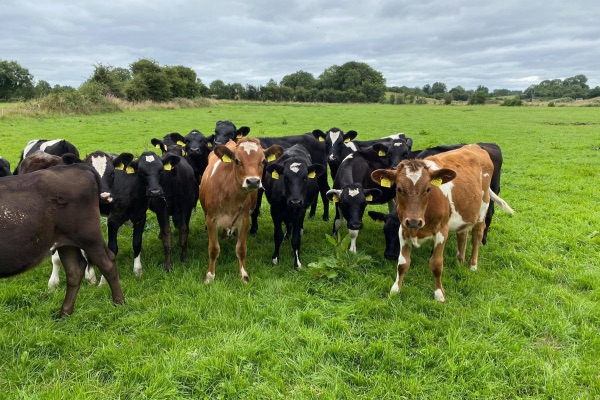 Scientists use tech to look at farmed calves’ personalities and predictability

Calves reared on farms not only vary “significantly” in their movement and space patterns, but some calves are more predictable in their behaviour compared to others.

That is what experts at the University of Nottingham have concluded following a research studying involving “state-of-the-art” sensor technologies.

According to the team, research indicates the presence of exploratory and active personality types in farmed calves.

Professor Jasmeet Kaler from the School of Veterinary Medicine and Science at the University led the study, published in the Royal Society Open Science journal.

The aim was to investigate whether the calves display different personality types by measuring and investigating patterns over time for different measures of movement and space use.

Changes in animal behaviour have been monitored in several animal species over time.

In farm animals, differences in behaviour can impact animal welfare and productivity.

Furthermore, you can use identifying changes in an individual’s personality (behavioural expressions), or changes in its predictability (individual variability of those behaviours as early warning for disease, and as indicators for the welfare status of the animals.

However, in cases, where each individual has a different baseline behaviour, using group mean threshold as an indicator of potential sick or stressed animal can lead to mislabelling, according to the study.

Therefore, measuring between and within individual variability in farm animal behaviour and understanding what behaviours show variability or consistency and under what circumstances is “extremely important” in moving towards individual health and welfare planning for the animals.

“They do not observe animal behaviour in their natural environment. In addition, they have failed to quantify both between and within individual variation.”

According to the authors, this is the first livestock study to use “detailed and extensive” data on the space use and movement as they occur under normal management of farm-housed calves collected via sensors to indicate the existence of ‘exploratory’ and ‘active’ personality traits in farmed calves.

They measured individual movement patterns and detect variation between, and within individual levels, of 60 calves at the University of Nottingham farm, Centre of Dairy Science Innovation.

Professor Kaler said: “It is possible to speculate that unpredictable animals might be less affected by changes in the environment and therefore more resilient. Animals that rely on a more consistent pattern of behaviour might struggle to cope with changes.”

“I am currently leading a BBSRC-funded project where we use a wide range of individual and social behaviours measured via sensors and camera technologies to understand and define resilience and use these for early detection of disease and have indicators of positive welfare.”

- Advertisement -
Previous article
Minimising effluent production during silage-making
Next article
Growing you own and raising chickens: A greener and cleaner life