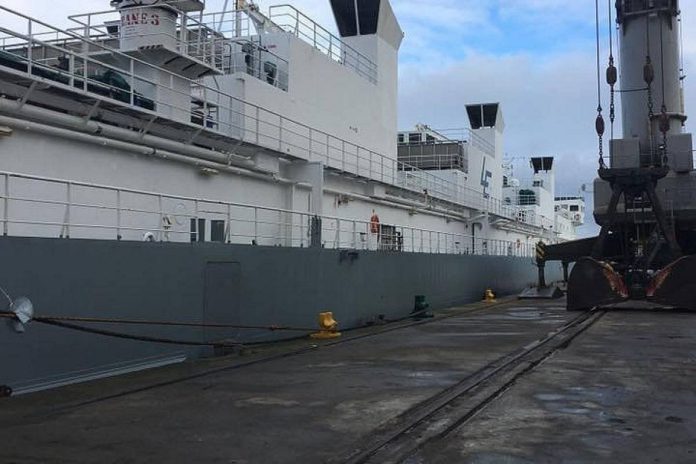 Calleary asked if he will suspend live exports to Libya

The Minister for Agriculture, Food, and the Marine, has been asked if he will immediately suspend all live exports to Libya.

The parliamentary question was raised by Catherine Connolly “in view of the escalating situation there”.

In response, Minister Calleary, said: “The export of animals is a critical part of Ireland’s livestock industry.”

“It plays a significant role in stimulating price competition and providing an alternative market outlet for farmers.”

“The department facilitates this trade, recognising its critical importance to the agri-sector, while ensuring that live animal exports meet the highest welfare standards.”

In 2019, he said, the combined total value of animal exports to the Irish economy was €167 million. “The vast majority of animals moved are for trade within the EU. A smaller proportion are exported to non-EU countries.

His outlined that the department implements a stringent system of controls on the welfare of animals being exported, in particular, through a comprehensive legislative framework relating to the transport of animals by sea (The Carriage of Livestock by Sea Regulations 2016 (S.I. 356 of 2016).

“Only ships approved by my Department can load cattle for export from Ireland. Cattle being exported are monitored during the prescribed isolation period by department veterinary inspectors and, in some cases, by official veterinarians from the importing countries.”

This, he added, is in addition to work carried out by Private Veterinary Practitioners who carry out the testing required prior to export to enable certification.

“Animals are inspected and certified by official veterinarians from the Department with regard to their health status and fitness for travel.”

“Due regard is taken to weather conditions in respect of long-distance transport, Ireland continues to work closely with other EU Member State and the World Organisation for Animal Health (OIE) with a view to improving animal welfare practices worldwide.”

“In this regard, Ireland has reaffirmed its on-going commitment to animal welfare through additional OIE multi-annual financial assistance (€75,000 per annum over the period 2017-20) to support its activities directed towards enhancing animal welfare worldwide.” the minister concluded.