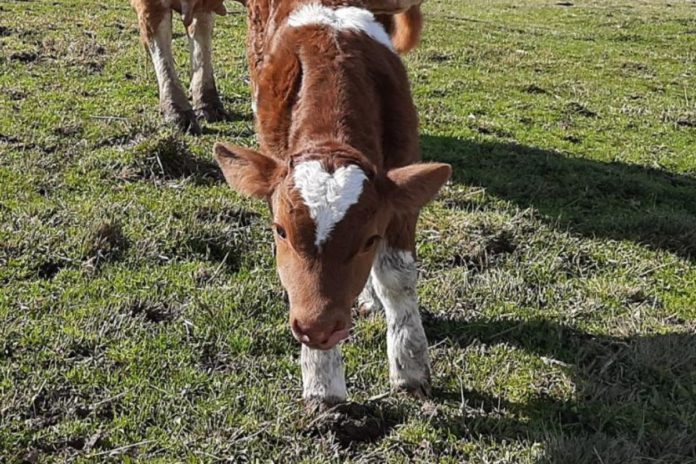 One of our readers, across in the waters in South Africa, reached out to us in recent days following the birth of a calf with a distinctive “heart-shaped patch”.

He told That’s Farming: “The calf has a perfect heart-shaped patch on the forehead. His name is Bruintjie, which means little brown one in the Afrikaans language.”

“Unlike any other calf before, this calf was blessed with a crown of love in the shape of a white heart at birth.”

“The calf and dam are both strong and healthy,” the member of the Simmental Breeders Society of South Africa added.

“The pedigree Simmental calf is cute and as tame as a lamb. He was born on August 11th, 2021, is strong and healthy and weighs approximately 50kgs.”

“His father is stud, Skilderkrans LN1814, and his dam is pending registration.” 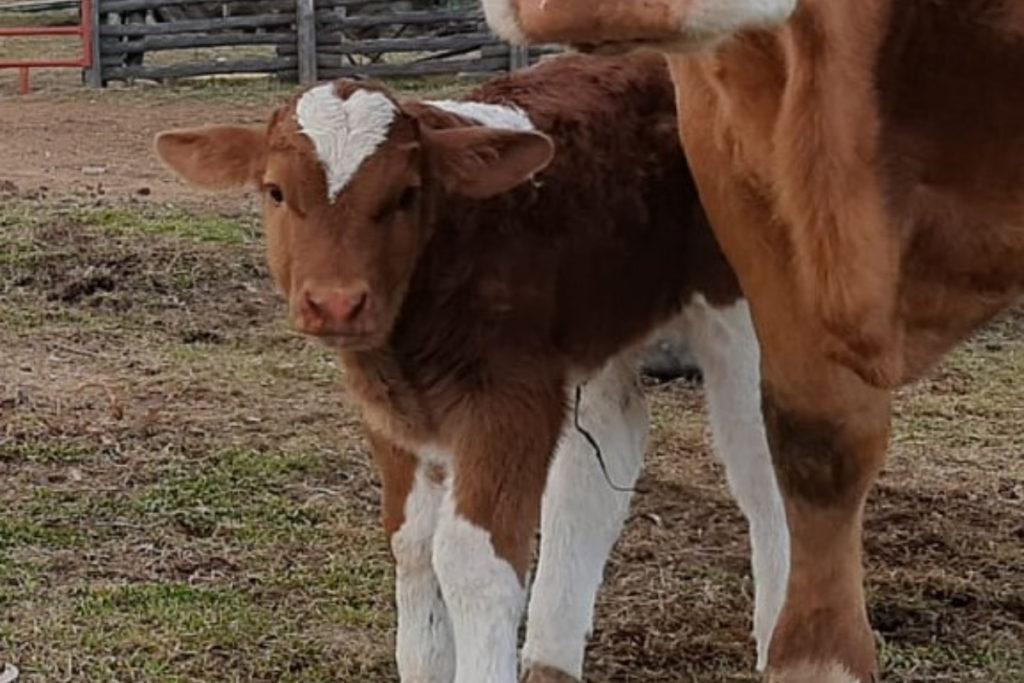 “I would like to sell this extremely rare calf. I believe it could be worth a lot to someone in the Simmental breeder/genetics circles. Maybe the calf might be a perfect gift for someone’s daughter or wife.”

“We are seeking $ 34 950.00, which is negotiable; we are open for any offer. Shipment from the current location can proceed after purchase.”

“People can contact us at – wenzelensulese@gmail.com – for further information or if they are interested in buying the calf,” the breeder concluded. 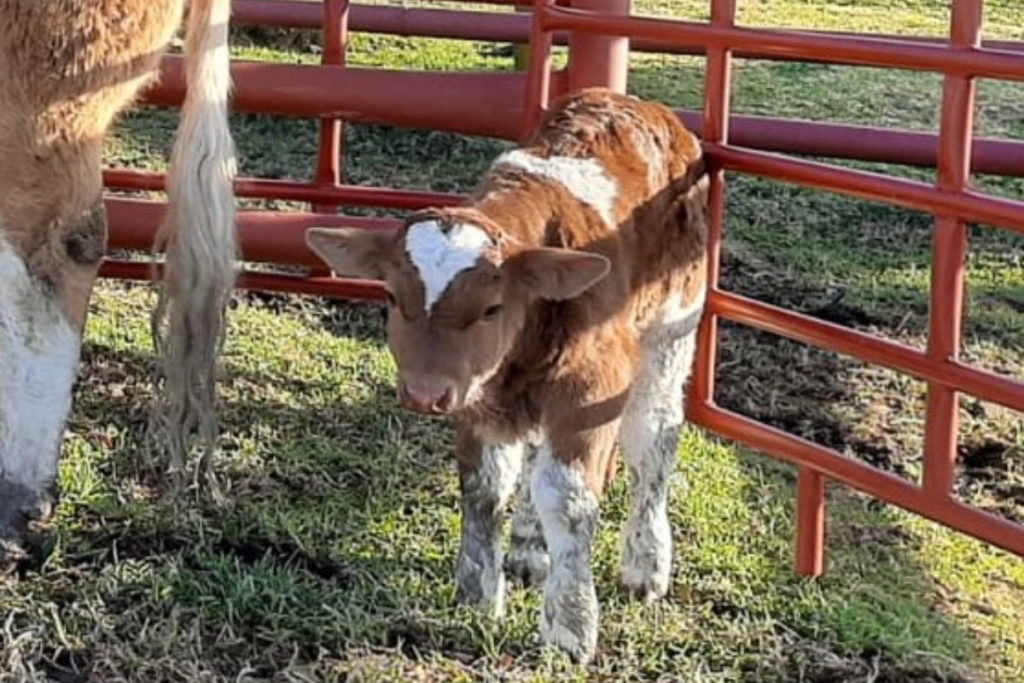 That is the view of Mayo native, John Hession, who has travelled the world to establish and fine-tune his progressive polled Simmental herd.

- Advertisement -
Previous articleWill mask-wearing and physical distancing continue in marts?
Next articleFarm group calls for end to infinite leasing out of entitlements