That's FarmingThat\'s Farming Irelands Largest Farming News, Properties and Classifieds Network
HomeBeefHow one month on a sheep farm changed everything for this 19-year-old 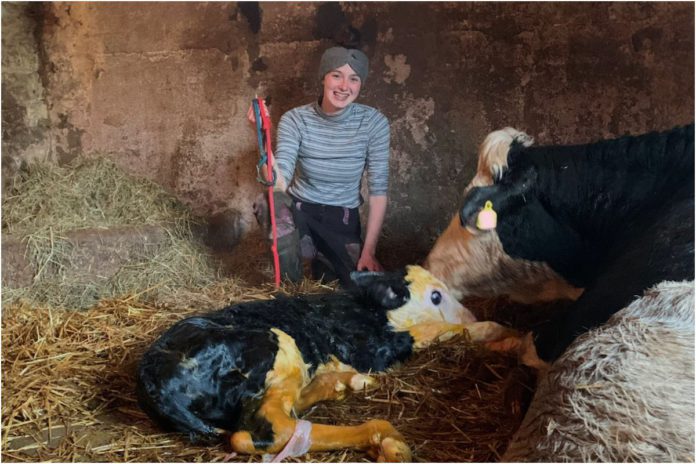 In this week’s Women in Ag segment, 19-year-old Rebecca Vining, currently living in Cheshire, discusses her accidental journey into farming, life as a calf rearer and beginning her veterinary medicine studies in September.

I do not have any farming background, despite growing up in the Somerset countryside. In spring 2019, just after I turned 17, I spent a month lambing as a work experience placement for my vet school application.

This was my first true insight into farming and also my first little step into the industry. Then, during that summer, I spent a week on a dairy farm, once again as work experience for my application.

This is what I can only describe as the moment my life changed for the better: I not only fell in love with the cows, but also with the farming lifestyle, the long days, and the outdoors.

I was lucky enough to be offered a part-time job at this dairy farm and started working weekends on the farm, alongside my A-Level studies.

In March 2020, schools across the UK closed because of the pandemic. So with my exams cancelled, I was able to start farming full-time. I learnt so much every single day.

I will forever be grateful to these kind farmers for taking me on and dedicating their time to training me, a girl with absolutely no previous experience but a very strong desire to learn. 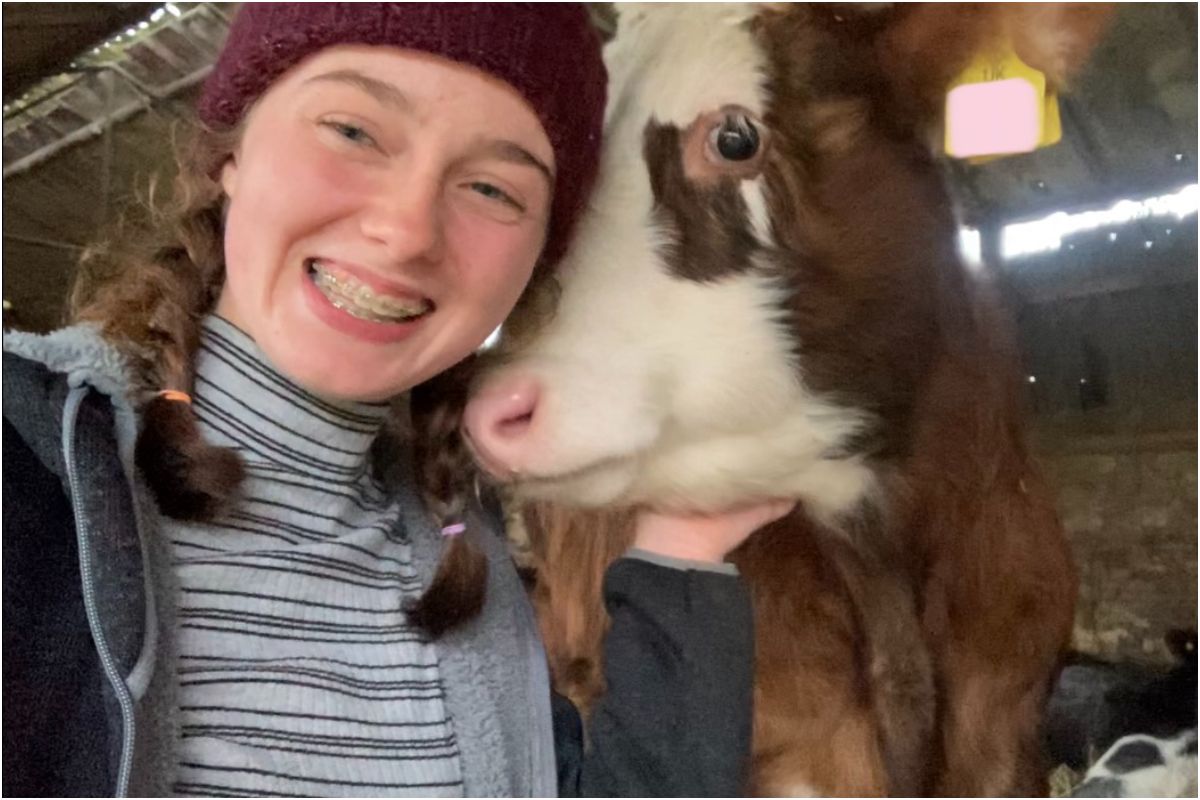 It is safe to say that my farming journey was accidental and not something any of my friends or family would have expected from me (a vegetarian for many years!), but I would not change it for the world.

The dairy farm I worked on back in Somerset was autumn block calving, so after going full-time in the spring, I became fully settled into the farm routine before beginning calving preparation in June, when we dried off the first of the cows.

The heifers were due from the final week of July, and then the cows were meant to start calving from mid-August onwards. However, on my usual dry cow checks on July 11th, we had an unexpected new arrival: a tiny, one-month premature Holstein-X-Brown Swiss heifer calf.

From there onwards, I took on the role of calf rearer, alongside milking twice a day and my other usual farm jobs.

As calving kicked off properly in August, I fell into my new responsibilities and took so much pride in looking after the baby calves, so much so that I decided that working one calving season would not be enough for me. Calving slowed to just the late calvers by November, and so I took on part-time work at another local dairy farm. 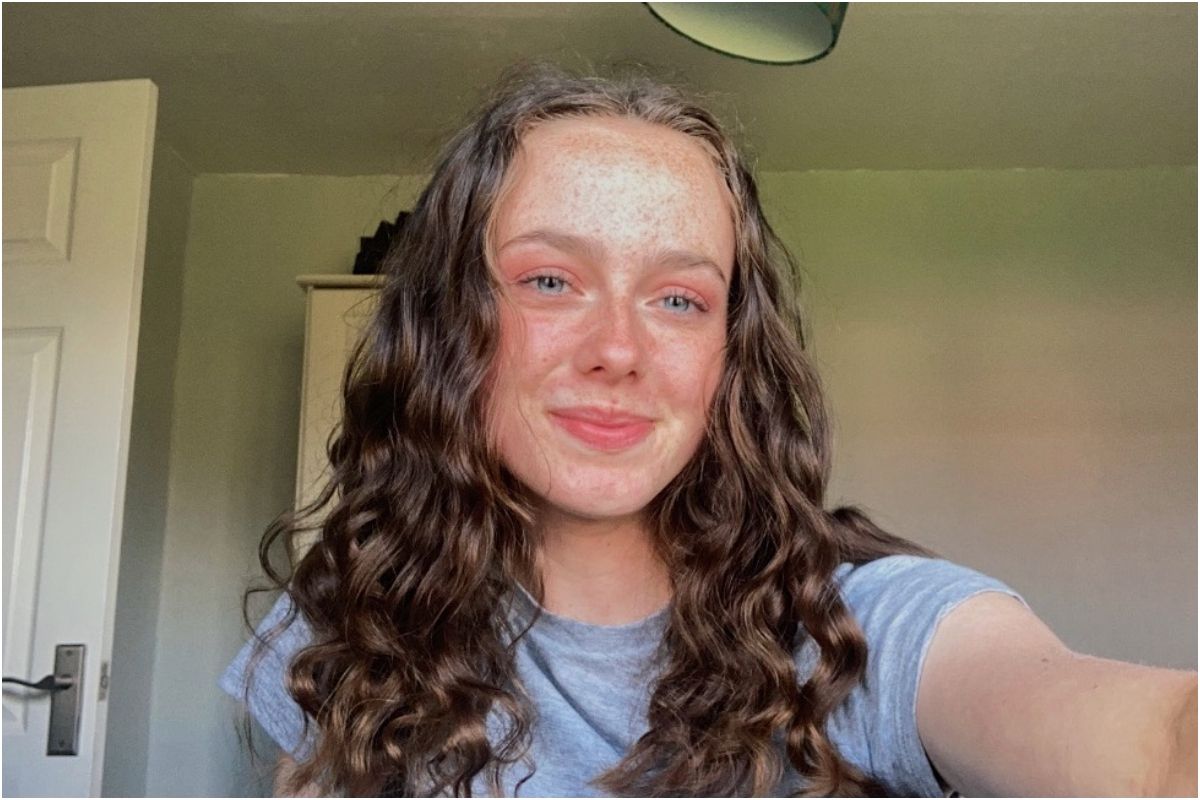 450 calves under my care

Two days a week, I would milk the cows, feed my calves as usual in the mornings, and then spend the rest of the day at my part-time role, vaccinating and disbudding the 400 baby calves.

Although I only had limited experience, I was offered a spring calving job in the North of England on an NZ-style grass-based farm, which I then accepted. So, in late January 2021, I moved out of my family home to Cheshire.

I am the only calf rearer on the farm and am responsible for the welfare of all of the calves, feeding them twice a day and spotting and treating any illness or problems.

Just under 600 Kiwi-cross cows were due to calve in a 12-week block, and, with TB movement restrictions, none of these calves could be sold for the majority of calving.

At my busiest, I had 450 baby calves under my care, all of which were too young for weaning, and I needed to feed milk twice a day, every day.

At the peak, we calved 100 cows and heifers in the space of around four days, so it is safe to say that we were all extremely busy, but I enjoyed the challenge, and I still adore calves.

If there is one piece of advice I can give to anyone considering a career in agriculture as a newcomer, it is to come armed with buckets of enthusiasm and a thick skin.

Without a farming background, my keenness to learn is practically the only reason I have managed to secure all of my farm jobs so far and the kindness of the farmers I approached for work. 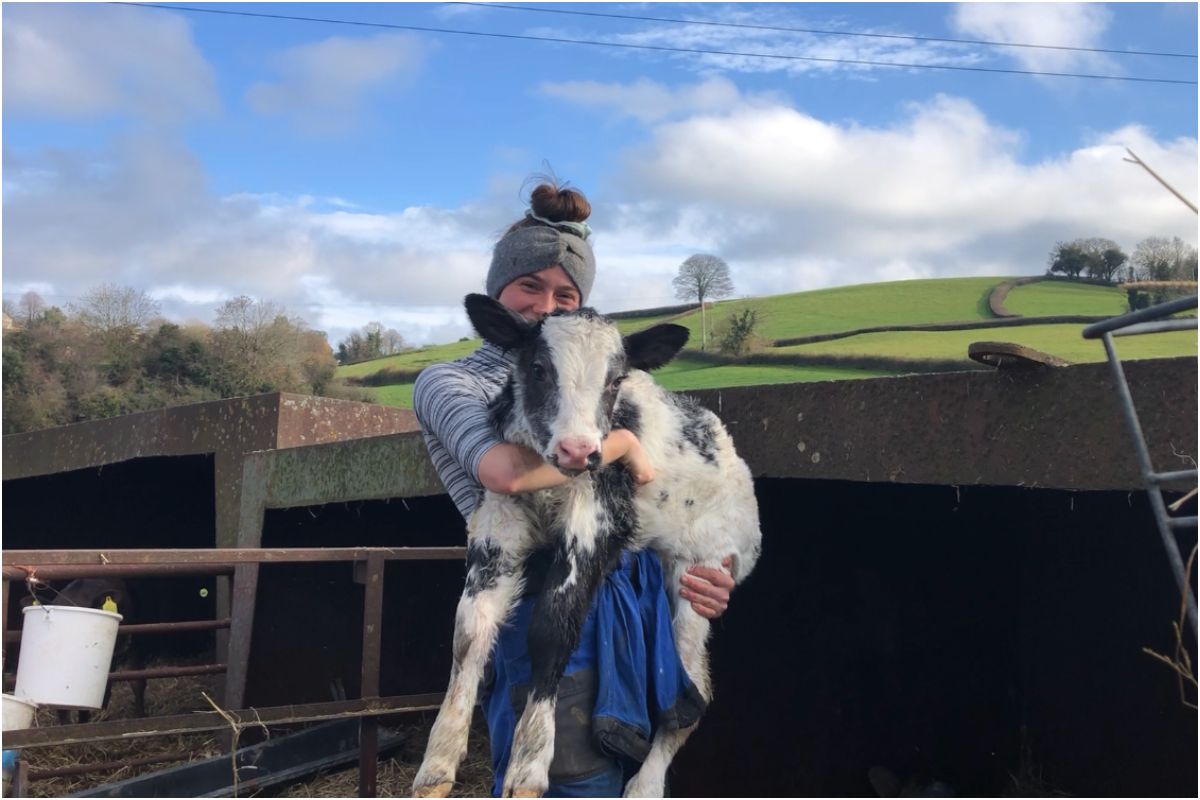 I hope to study veterinary medicine at the University of Edinburgh, starting in September 2021.

From the first time I visited Edinburgh, I loved the atmosphere of the city and the more rural location of the vet school.

I was initially interested in the idea of being a small animal or wildlife vet. However, my interest in veterinary began when I was 16, working part-time in rescue kennels and desperate to help the neglected dogs coming into our care.

However, since entering the world of agriculture, I now have my heart set on becoming a large animal vet when I graduate in 2026.

I have a particular interest in dairy farming but would love to specialise in calf medicine, which probably comes as no surprise.

If someone had said to me when I was a child that I would be involved in agriculture, I would never have believed them: I was not the fondest of the outdoors and its unpredictable weather. So, I could never have pictured myself working through heatwaves and snowstorms and loving every minute.

I have not regretted choosing to farm for a single minute, and I think that younger Rebecca would think that current Rebecca is someone to be proud of. 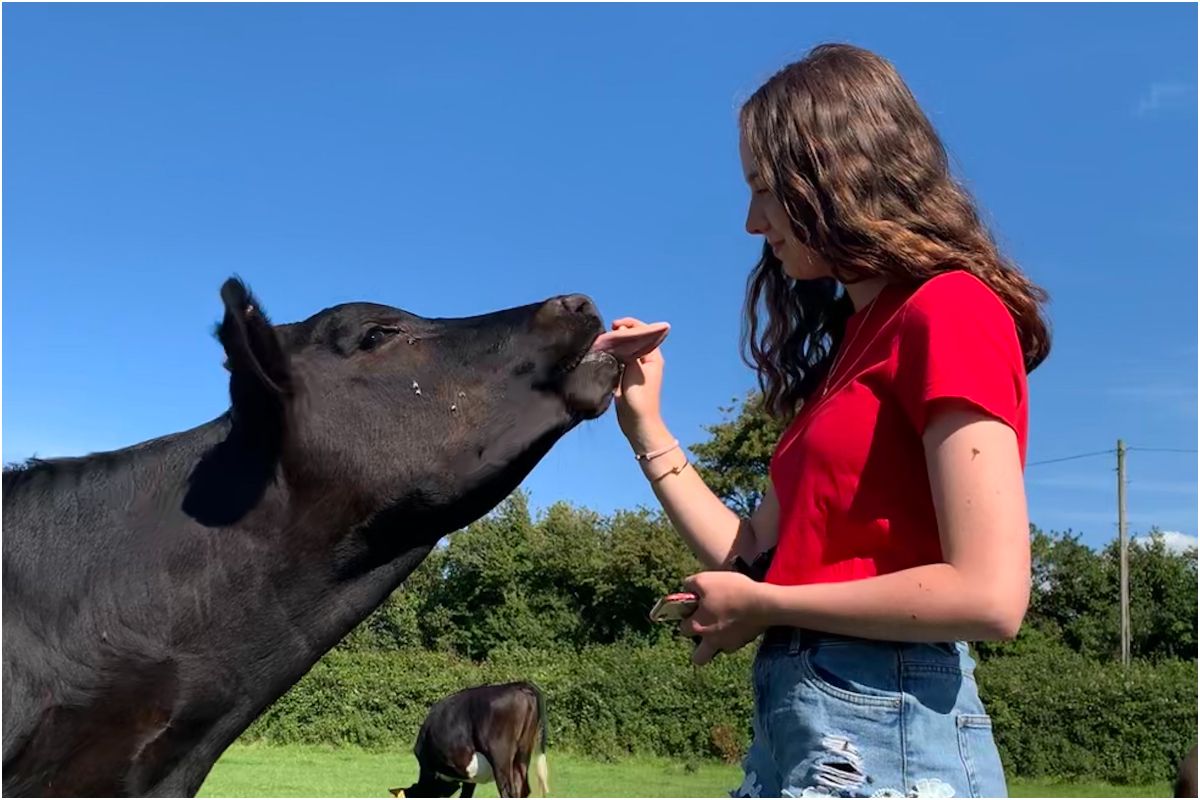 Whilst some people will say that women and men in agriculture are treated completely equally, I would argue that there is still an unfair bias and stereotype against women.

I have experienced my fair share of sexism within the industry, although some of these comments can also be attributed to my young age and lack of a farm upbringing.

Nevertheless, I still often feel that women almost have to ‘prove’ themselves coming onto a farm (and show that they are just as physically fit and mentally intelligent) in a way that their male counterparts do not have to.

This can be off-putting to women thinking about starting a career in agriculture, which is why media series such as this one are so beneficial in showing girls, young girls especially, that a future in farming IS possible.

Farming is one of the toughest and most rewarding careers, and I hope that the industry will continue to become more ‘farmher’.

Life as a woman in agriculture can be challenging at times, as even an occasional sexist remark (“Are you sure you do not need help with that?” “Let me carry that for you…you won’t

be able to manage”) can be irritating. Despite this, I truly think that most farmers and bosses are welcoming to having female workers and treat them as equals so long as they are hard workers.

It is just a small minority painting a bad picture for the rest.

The future of agriculture

In the future, I hope to graduate as a qualified veterinary surgeon and work as a large animal vet, potentially specialising in cattle or calf medicine with further studying.

I dream of working out on large scale grass-based farms in New Zealand. However, as COVID put an end to my travel plans this year, I hope that I can experience real NZ dairy after I graduate.

Ultimately, I hope to have my own small herd of cattle alongside working as a vet – preferably with plenty of baby calves!

I think the future of agriculture is solid, despite some of the more negative media surrounding farming. Besides, I believe the industry will continue to grow both in size and in knowledge.

Furthermore, I hope smaller family farms can be preserved and profitable, even as large scale company farms appear to be beginning to dominate.

To any young people considering pursuing a career in agriculture, the best piece of advice I can give is to keep chatting to farmers – show them your enthusiasm and your passion, and you will be surprised who they will know and what that could lead to.

Although my life and journey as a young person in agriculture have not been the most straight-cut or conventional, I am so grateful for the farming opportunities that have come my way.

Each new day brings me another chance to learn, and I am so excited to see what my future in agriculture holds.

In conversation with Catherina Cunnane