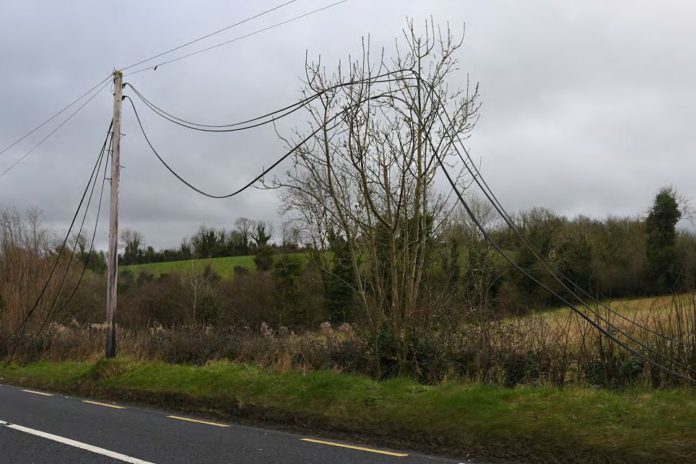 An Garda Síochána has arrested a man (30s) as part of an ongoing investigation into the theft of telephone cable in the Cavan, Monaghan, Louth, and Meath areas.

According to a statement, he is currently detained under the provisions of Section 4 of the Criminal Justice Act 1984 at a Garda station in the North- Western Region.

Gardaí have confirmed that investigations are “ongoing”.

In February of this year, Gardaí issued an appeal for information from the public concerning the theft of telephone cable in the Co. Cavan, Monaghan, Louth and Meath areas in recent months.

According to Gardaí, at the time, there were 66 incidents of cable theft nationwide.

The vast majority of these have occurred in the Cavan / Monaghan, Louth and Meath Garda divisions.

“These cables are likely being targeted for copper contained within the cable itself.”

“The theft has not only resulted in significant loss to the affected telephone provider – in these cases Eir – but has also greatly impacted the public by way of telephone and internet service outages.”

“These thefts have to date been primarily occurring in rural locations,” the spokesperson added.

When thieves remove cables, it can take providers two to three days, in some cases, to restore phone and internet services.

The spokesperson highlighted that a loss of phone service could “significantly” impact their ability to access emergency services, medical alarm services and other supports.

An Garda Síochána is asking for vigilance concerning this theft type.

“An Garda Síochána wish to advise that works on telephone cables do not take place during the hours of darkness.”

“If the public notice activity on telephone cables at night, they should treat this as unusual and make contact with their local Garda Station or call 999.”

- Advertisement -
Previous article
Blessington Mart Cattle to €1,360 over and rams to €540
Next article
‘Prime’ 60ac residential farm with farmyard for auction