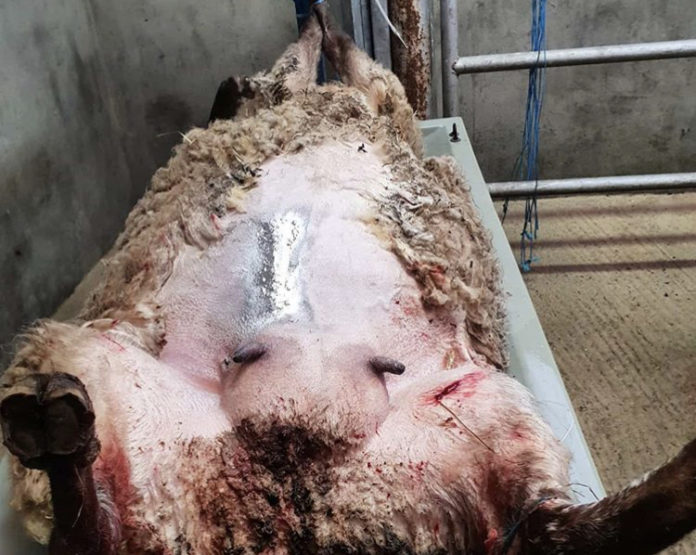 Photos: C-sections carried out on ewes and cows

Lambing and calving are in full swing on farms across the country.

Cavan-based vet, Gerard McGovern, has taken to his popular Instagram account to share information about some of the cases he has been presented with so far this spring.

“It’s a sure sign that spring is in the air when the lambs start apoppin’…Or, as in this case, they won’t pop out!”

“A pretty typical dystocia followed when a mature ewe presented with a week-long history of a partial in-out vaginal prolapse.”

As often happens in these cases, the vet added, the cervix failed to dilate fully, and a c-section was carried out.

“And, as usual with sheep, there was a slight twist in the tale..a feisty live lamb was followed out by his slightly smelly, long, dead twin.” the post added.

The vet explained that while the flank site is certainly the most commonly used, he generally utilises the ventral site, which makes finding access to the abdomen “easy” and exteriorisation of the uterus “very simple”.

- Advertisement -
Previous article
Weather: What will Storm Ciara bring to Ireland?
Next article
‘There is no point in carrying a ewe that is not delivering a return for you’