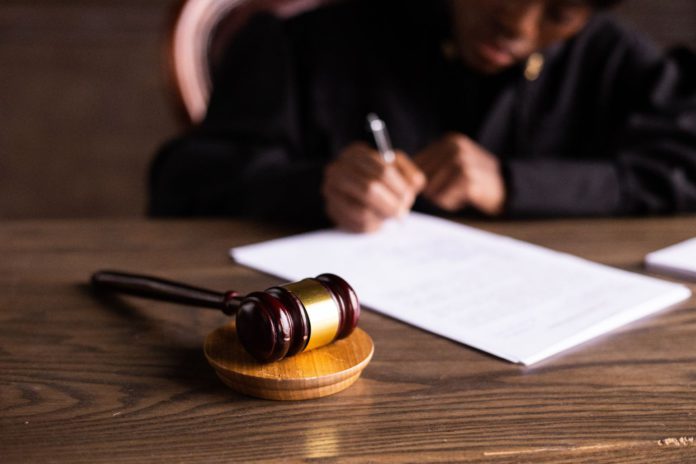 A judge has handed a three-month suspended prison sentence to a Laois man for the possession of two dead Buzzards, which were found strung up on his land.

He pleaded guilty to the unlawful possession of two dead Buzzards contrary to Section 45 (2) & 45 (7) of the Wildlife Acts.

The NPWS of the Department of Housing, Local Government, and Heritage investigated the offence, which took place on April 19th, 2020, at Clonadacasey, Mountrath, Co. Laois.

It was prosecuted under the Wildlife Acts by Rory Hanniffy BL, instructed by Sandra Mahon, state solicitor for County Offaly.

The judge described Crawford’s actions as “an example of a disgusting lack of respect in an outrageous act of wildlife crime”.

He, accompanied by two NPWS conservation rangers from neighbouring areas, travelled to Clonadacasey.

They investigated a complaint from a member of the public that two dead Buzzards tied up to an electricity post and a fence stake in cultivated fields.

Following a line of inquiry, Buckley established that Crawford was farming the land where he found the two dead Buzzards.

Accompanied by NPWS officers, Robert Edge and Colm Malone, Mr Buckley then interviewed Mr Crawford under caution about the incident.

At the District Court sitting, photographs of the two dead Buzzards and X-ray evidence were presented to Judge Catherine Staines.

Mr Buckley told the judge that the X-ray evidence left no doubt that both Buzzards had been shot.

He pointed to the tight pattern of the lead shot, which showed clear evidence that both birds were shot at close range. He added that given the time of year, the dead Buzzards may have been a breeding pair.

“This leaves them vulnerable to being shot at their nest,” he said.

Buckley also told the judge that Buzzards were the most frequent casualty of bird of prey persecutions.

He added the NPWS is determined to tackle wildlife crimes of this nature, particularly when this species has recovered from the brink of extinction.

The defence solicitor, Josephine Fitzpatrick, told the judge that Crawford denied he had shot the Buzzards. He said he was “very sorry for what he had done” and apologised to the court.

In her summation, Judge Staines expressed her abhorrence at the undignified manner in which two birds were displayed, saying it showed “no respect whatsoever”.

Judge Staines then detailed to the court that she had to consider a prison sentence as an “appropriate way” to deal with this matter.

She convicted Crawford of possessing the two dead Buzzards under Section 45 (2) and 45 (7) of the Wildlife Acts.

She imposed a three-month sentence of imprisonment. Furthermore, she suspended this on the accused’s own bond for a period of one year.