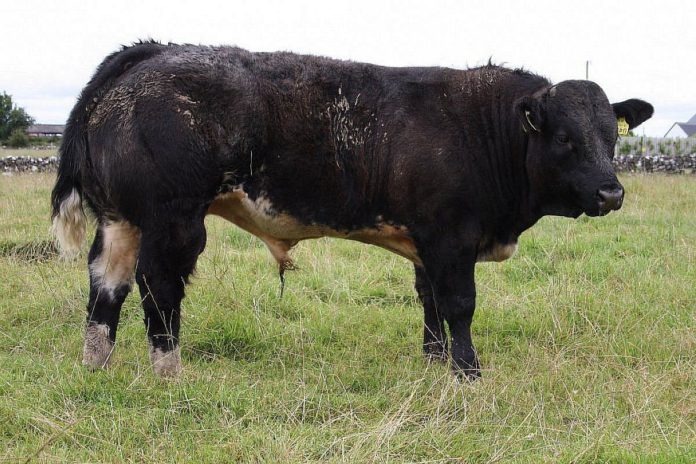 According to Teagasc, the beef industry alone is a vital element of the agri-food industry. This is represented by beef and live animal exports growing to €2.5 billion last year. Furthermore, this figure counts for 16% of Irish food and drink exports.

In a study Teagasc and Bord Bia conducted in 2013, they found that as stocking intensity increased, GHG emissions per kg of carcass increased modestly for both bull/heifer and steer/heifer systems.

In a more recent study conducted between 2021 and 2022, Teagasc found that bull beef systems have the potential to reduce greenhouse gas (GHG) emissions by as much as 32% compared to the 24-month steer system.

Irish beef is known worldwide as grass-fed. In comparison, the grass-fed heifer and steer beef tend to have a higher demand than bull beef, according to Irish export markets.

Resultantly, the price of bull beef is slightly lower than steer beef.

Research regarding market Teagasc and relevant stakeholders have conducted has determined that the number of young bulls is predicted to fall below 100,000 in 2022.

The Irish government has committed to reducing national greenhouse gases by 51% by 2030. This target involves a reduction of 22% to 30% in the agricultural sector.

A strategy to meet this target is by reducing the age at slaughter. The Climate Action Plan aims to reduce the national slaughter age by three months.

Hereafter, bulls coherently have a feed conversion efficiency that is 17% greater than that of steers.

Risks surrounding the price cut for bulls slaughtered out-of-spec meat factory criteria have interfered with many farmers getting involved in this production system.

The higher cost of the system, in general, is also a major offset for many farmers.

Research of the sector

The results of the BullBeef project highlighted the opportunity of bull beef to reduce GHGs. This potential offers a reduction in greenhouse gas emissions per kg of beef by up to 32%.

Other results of this project included;

In summary, steers and bulls who were finished from pasture at the same age of 19 months:

Resultantly, this project proved greater profitability for the bull beef system when compared with steer systems.

The primary risk associated with this system is the potential price cut as a result of animals being over the 16-month age threshold.

When analysing dairy-beef and suckler-beef offspring, both male progenies have the potential to create a reduction in greenhouse gas emissions, according to this Tegaasc study.

In terms of bull age, late-maturing bulls were found to be only adequately finished when fed complementary supplementation at grass.

It is important to note that this project was conducted on a primarily grass-fed diet.

While the bull-beef system may seem appealing to some beef producers, adequate facilities must be available.

For example, good grazing infrastructure is vital for grass-based bull beef systems. In addition, retaining attention and awareness in terms of animals is a critical aspect of personal health and safety.

This system also allowed bulls to be turned out to grass for a second grazing season, allowing extra live weight gain from grazing.

This system has been common across beef producer farms in Ireland in recent years.

The age limit of under 16-months imposes one of the largest restrictions on this sector. With this age limit, attaining what is often a maximum carcass weight of 400kgs (depending on factory demands) is often a further challenge for producers.

This bull beef system has the potential to reduce the slaughter age, and, resultantly, the greenhouse gas emissions by utilising the feed conversion efficiency of bulls, according to Teagasc.

While, in general, it is deemed more profitable, the system hosts financial risks, which is causing concerns among farmers.

Moreover, the restrictions, paired with the market demand and financial profitability risk, need to be assessed to further incentivise producers.

To conclude, this system can contribute to Ireland meeting our climate action GHG reduction target.

- Advertisement -
Previous articleEntitlements clawback: What is changing in the next CAP?
Next articleWanted: Country music fans for new series