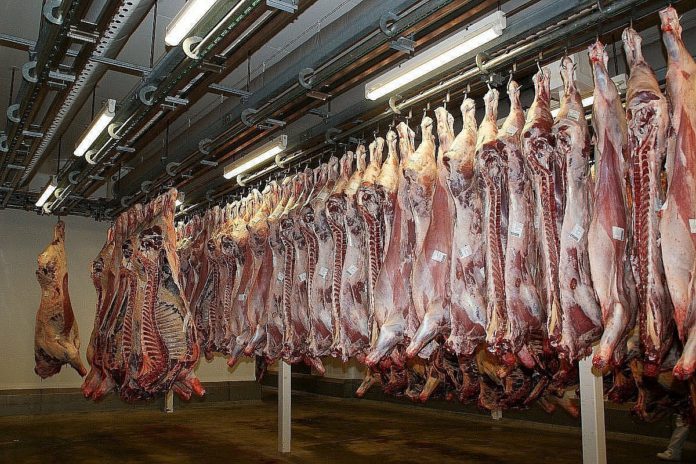 Britain ‘about to be flooded with cheap, low-quality food’

Farmers are at risk because the Irish caretaker government is “sleep-walking towards Brexit” as Britain attempts to secure a trade deal with the US.

That is according to Sinn Féin MEP, Chris MacManus, a member of the EU Parliament’s Agricultural Committee, who spoke following recent developments in Westminster on lowering food standards.

“Britain is a highly important export market for Irish farmers that is about to be flooded with cheap, low-quality food.”

He said that Tories have now dropped all pretence of protecting food standards in Britain as they attempt to secure a trade deal with the US.

“This means that Irish exports will have to compete with cheaply-produced food imports.”

“This is the competition Irish farmers will face in the near future and they are still in the dark as to what preparations, if any, are being made.”

“It is clear chlorinated chicken is being offered access to British market. It is also clear that Britain is softening its position on hormone-fed beef and crops treated with 82 different pesticides banned in the EU.”

“The Irish protocol will protect all-Ireland agricultural trade but all farmers in Ireland will be hurt by the Tories sell-out of their domestic market to US interests.”

Despite the impact this will have on Irish agriculture across the Island, the DUP has “supported legislation to allow for lowering standards in Westminster that directly harms farmers in their own constituencies”, he added.

“Most farmers never believed the assurances of the Tories that they would maintain food standards – evident in the strong recognition for the need for a backstop.”

“They will not be surprised that Downing street has been rowing back on promises ever since trade talks officially opened with the US last month.”

“It is increasingly clear the type of Brexit that is being pursued by London. How we deal with the fallout needs to be top of the agenda of the next government,” he concluded.