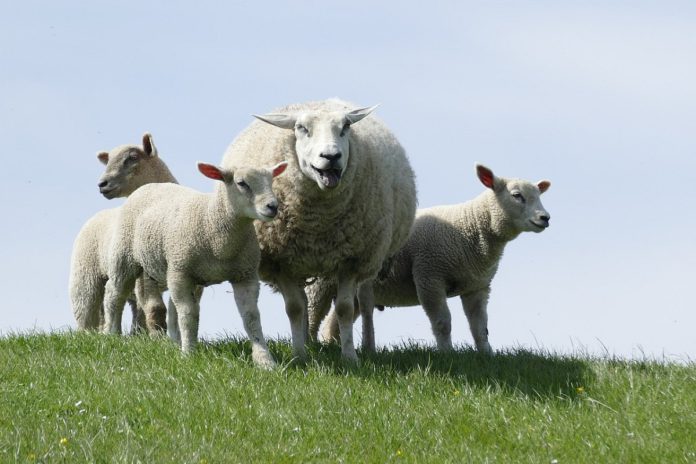 Brexit could present the Republic of Ireland with an opportunity for sheep breeders to supply breeding stock to the north, according to Kevin Comiskey, IFA sheep committee vice-chairman.

He said that given that the border is now in the Irish Sea, farmers from the Republic of Ireland have a “particular advantage” over their neighbours in Britain.

Speaking to That’s Farming, about the potential opening for sheep breeders, he said: “Northern Irish farmers currently source the majority of their breeding stock from Britain – England, and Scotland, in particular.”

“We must now more than ever push for this as we are an island where our fish can swim through the rivers freely, our birds can fly and thankfully, our people can also travel freely.”

“Back in the early 2020s, the IFA had a lot of work done on this. It fell on deaf ears and did not proceed any further, but now I think the opportunity is there. If an ‘All-Ireland Health Certificate’ was in place, from Northern Ireland could come to any of the marts to source their breeding stock.”

Comiskey strongly feels that if the political will is there from all parties, this can be moved forward quickly and could be mutually beneficial to farmers in all corners of the island of Ireland.”

“This should be highlighted as a unique opportunity with all the relevant departments before we enter the season for trading breeding stock.”

One farm group in Northern Ireland reportedly estimated that there could be a potential shortfall of in the region of 15,000 to 20,000 breeding stock.

Kevin listed the advantages of these buyers sourcing their stock from sheep breeders in the Republic of Ireland.

“Of course, it will increase demand and trade in the south. We love to see extra customers coming. Along with that, it will harmonise the relationship between the north and south, when you have a farm-to-farm community coming together.”

“I always saw years ago, when you would have buyers coming from Northern Ireland, they were in a particularly good position to buy because of the strength of the sterling compared to the pound in those days, let alone euro.”

“I know from talking to farmers in Northern Ireland, they would be more than willing. At the minute, they have to blood test them to try and get the status across. It is not feasibly possible because there are too many cost and retention periods.”

According to Comiskey, IFA officials are in contact with NFU counterparts in Northern Ireland regarding the matter.

He said the farm group is seeking meetings with political parties in the Republic and Northern Ireland. Furthermore, they wish to meet with the Department of Agriculture, Food and the Marine, to seek its views.

“If the political will is there this can happen. I know it is important to point out the health status of our animals. The Republic has a higher health status than that of Northern Ireland at the minute. I’m sure there can be a mechanism put in place that on Island that we can trade freely.”

“This could also be a benefit to all livestock, in the beef and dairy sector, because they would be sourcing animals. Again it would work both ways.” Kevin Comiskey concluded.

- Advertisement -
Previous article
Quiz: How well do you know Gurteen Agricultural College?
Next article
From cattle dealing to livestock auctioneering on the rostrum