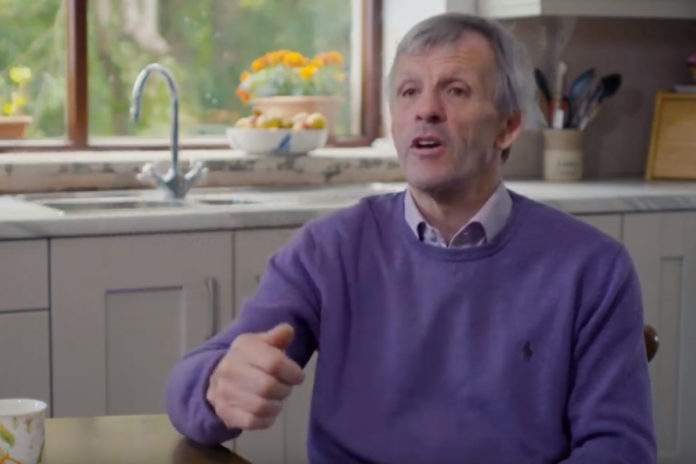 WATCH: Donegal farmer ‘lucky to be alive’ after cow attack

Brendan McLaughlin, who has been farming for over forty years, says he is lucky to be alive following a cow attack.

In this video, which has been produced by the Health and Safety Authority (HSA), the Donegal farmer describes the moment when he didn’t know if he would live to survive.

He was treating a first-calver’s six-day-old calf when the incident unfolded. Prior to this, Brendan, aged in his mid-60s, was using a calving gate to stall the breeding female in a safe position to help the calf suck daily, but one Sunday she refused to do just that.

The calf remained in its pen, while the cow was moved to another pen. After treating the sick calf, Brendan opened the gate between the cow and calving pen.

“I went into the pen behind her to move the cow on into her pen where she belonged with her calf; I clapped her on the back and she actually froze. I sensed there’s something wrong here; I ran for it as hard as I could go.”

The cow came charging after Brendan and he could just see straight ahead of him; he dashed through a feeding gate. “She caught my leg and she hit my ankle with the butt of her head and she just wouldn’t let go, she kept screwing her head into the bars.”

“I kicked her with my other foot on the nose. I pulled myself back to the wall and then I nearly passed out.”

Luckily, Brendan had his phone in his pocket and rang his wife; he was taken to his local hospital. He experienced “horrific pain and had two leg operations – two surgeries on two different occasions. “I have plates in, screws in, physio every week and it’s unbelievable what I have gone through.”

“You never trust an animal at calving, never do. I shouldn’t have taken her out of the pen; she should have been in the crush gate or forget about the whole thing.”

“Farmers might think that will never happen to me, but there’s always a day that it will happen.”

Brendan’s advises his fellow farmers to always create a physical barrier between you and the cow and plan your escape route in advance of any cattle handling.