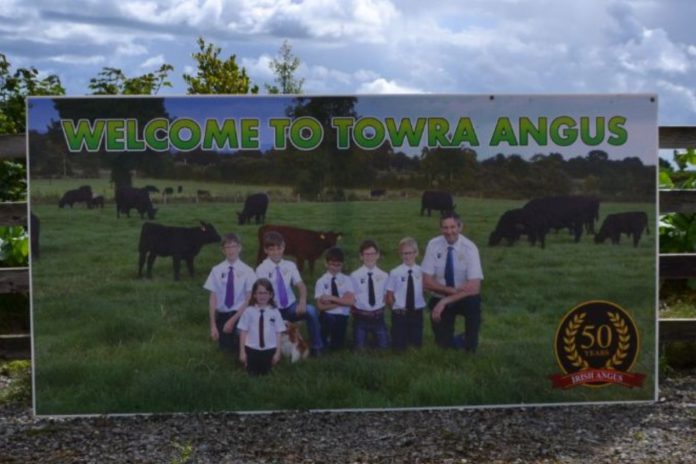 Breeding pedigrees, working full-time with FRS and juggling life as a parent of 6

As part of this week’s Suckler Focus, Catherina Cunnane, editor of That’s Farming, speaks to Jim Dockery of Towra Pedigrees.

Being eighth in a family of twelve children, inheriting the family farm was not an option for Jim, so he qualified as a farm manager through the Farm Apprenticeship Board in 1984 and spent years managing dairy herds in Co. Tipperary.

“One day, one of the farmers said to me: ‘Jim, you will never make money working for someone else’. So, a few weeks later, I rented 40-acres of land near Thurles for five years and bought 120 ewes and 10 sucklers.” Jim Dockery told That’s Farming.

“I started off with Charolais-crosses, Limousin-crosses and a few Shorthorns. The sucklers were a break from milking and dairying with the day job.”

In 1987, Jim joined FRS and now works as its Health and Safety Manager. He has spent 15 years as a training manager and before this, worked as a safety officer with FRS. 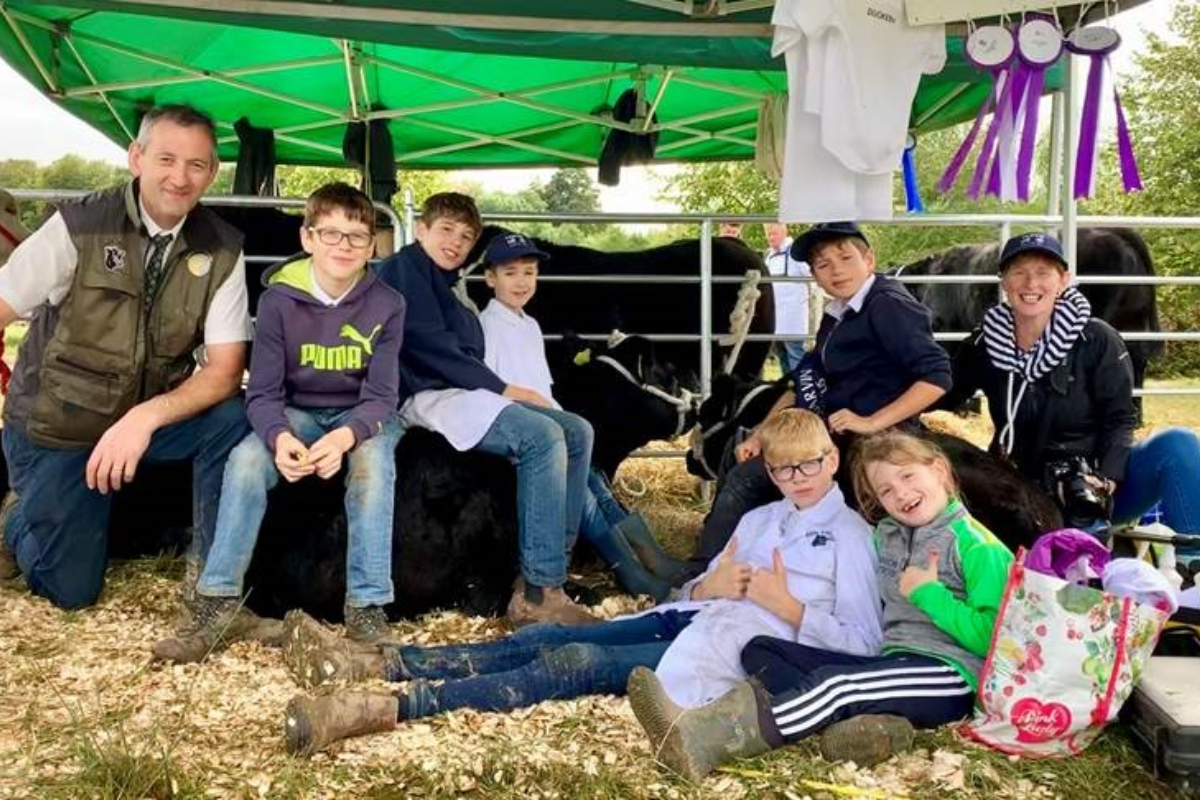 To lay the foundation for the herd, Jim purchased his first pedigree Angus cow, Cashelboy Jackie, in Carrick-on-Shannon in 1995. She possessed typical Angus characteristics, and to the present day, these traits are evident throughout the herd.

His father began breeding Angus in 1966 and Jim, along with two of his brothers in Elphin, are carrying on the tradition.

“I run a few pedigree Shorthorns on the farm as they are a great breed and work well with the Angus being easy managed. We milked Beef Shorthorn cows when I was going to school. My father did a milk run to Croghan Creamery at the time.” Jim explained.

In 2000, Jim purchased a farm in Offaly and moved the herd to its current location, and added several cow families. 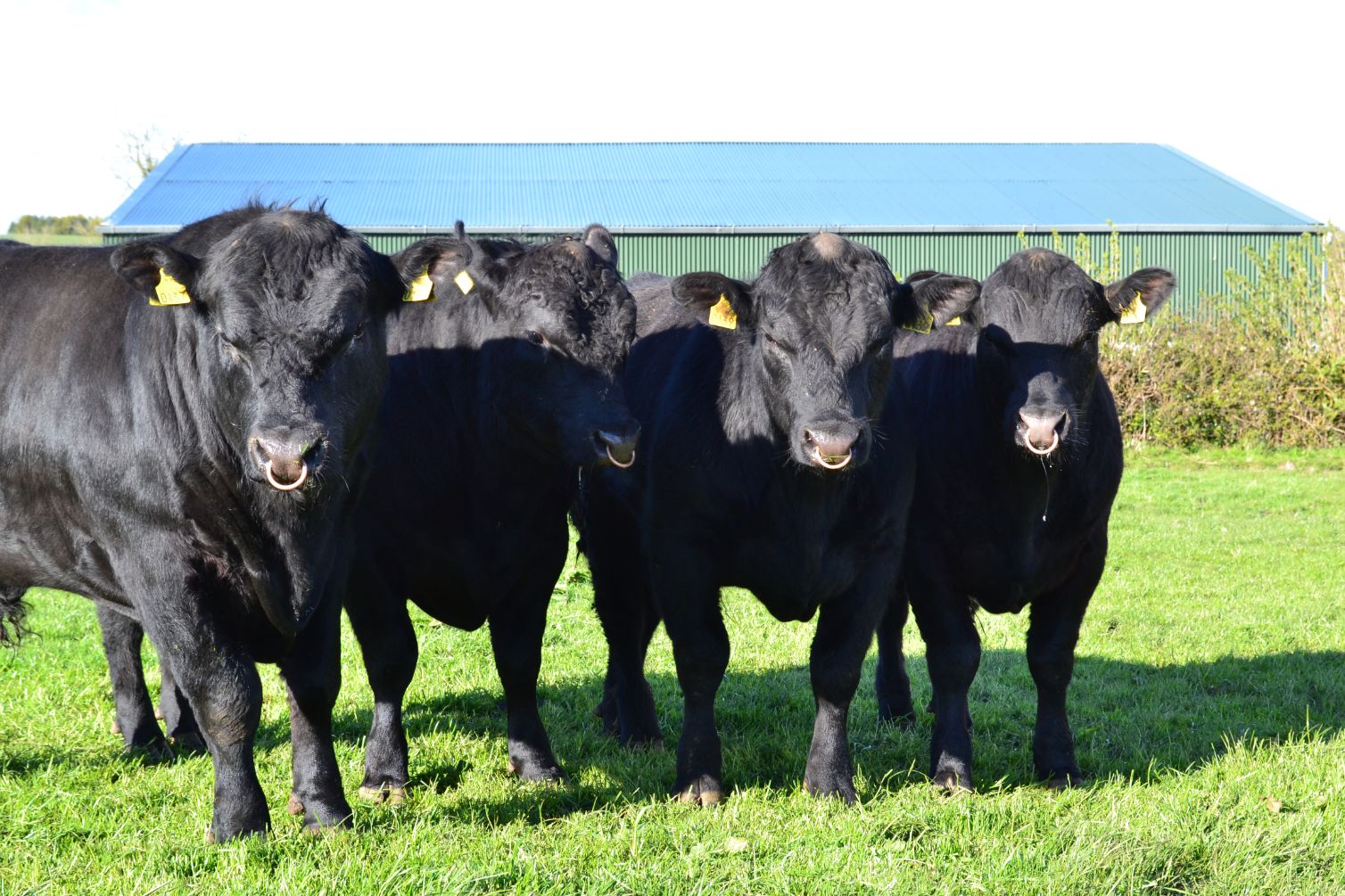 He acquired some heifers from different breeders in Carrick- on Shannon at sales over the years. In 2006, he acquired four suckler pairs from Gerry Brown, Roscommon who was dispersing his Antogher Angus herd.

“Gerry had a superb cow-type from the famous Bohey Jasper breeding and a sire called Loughglass Whirlwind who had Kiltevan and Bagatelle bloodlines going back to Wilmo of Haymount; they really added quality to the herd.”

That same year, Jim ventured to Scotland on the Irish Angus YDP trip. On this momentous occasion, the last sale to be held in Perth after more than 40 years in the same venue, Jim secured two heifers at that sale from the famous Checklaw herd.

Furthermore, in 2009, he purchased Lavally Eleanor in Carrick off John Mullooly in Strokestown for €2,950. She bred some quality progeny, including Towra Munchkin, who became the overall reserve champion in Iverk at the 2015 Aldi/ ABP-sponsored All- Ireland class and later into AI. 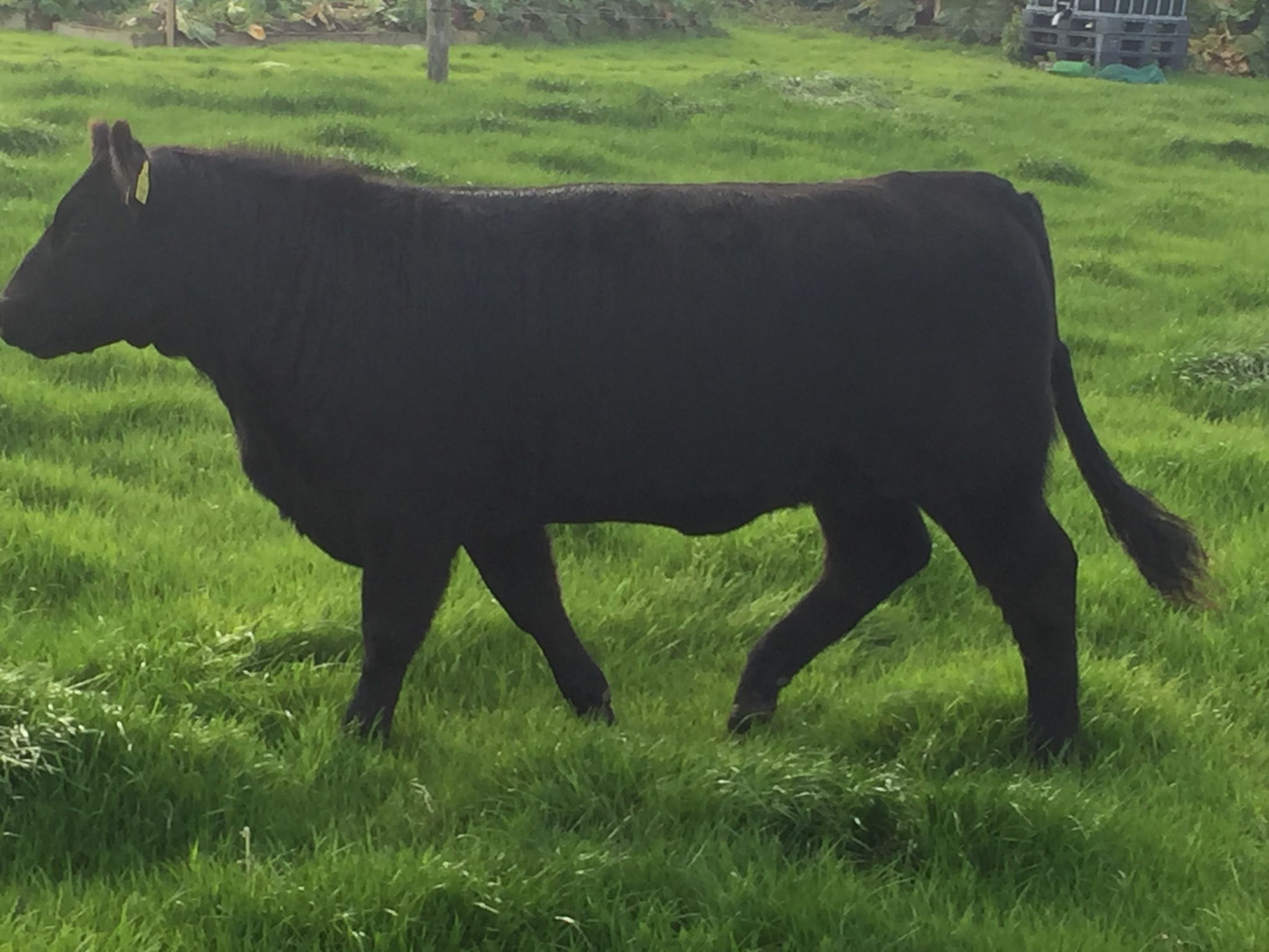 For most of his farming career, Jim has used AI sires, focusing on the best bulls available to suit requirements. In the last two years, he has retained a 4-star terminal and 5-star replacement of his own, Towra Ronan, a Beryl Jamie son.

He is a qualified DIY AI technician and utilises selective bulls to suit individual cows. He feels that reintroduction of a stock bull has tightened up the calving pattern, with no empty cows.

Jim is surrounded by dairy and beef farmers and sells 10-12 bulls on-farm every year. Calving most of the herd from January to March, he also tries to calve 6-8 females in early autumn to have bulls mature enough to serve females for customers the following spring at approximately 16-18 months.

Besides, Jim retains up to four heifers as replacements annually and sells the rest privately as surplus breeding stock. He sold ten heifers to a pedigree breeder in Spain, more to Scotland and some to Northern Ireland.

“I have not bought in heifers in six or seven years now. I calve heifers at 28-30 months as I focused on showing heifers in the past and needed them strong. Now, I will be bringing that back to closer to 24 months based on my cow weights.”

“My ideal cow should be around 700 kgs and must have a good head with a good set of ears and good balance from head to tail. Furthermore, they must have a good straight stance and strong bone structure.”

“Milk is very important and is something I am starting to cull for. I use a lot of nitrogen on paddocks and find it can be problematic for feet with cracking hooves, so I like to ensure they have sound feet and if any traits show, I do not breed off them.”

“The farm buildings are well planned out and easily managed, with all housed under one roof. It is a one-person job most of the time; even the crush is indoors. I run eight paddocks (1 ha), and I do all my own fencing.”

Farm safety is an important concept at Towra Pedigrees, as Jim’s children are also involved in its operation.

For Jim, encouraging the next generation of his family to follow in his footsteps is something that he takes exceptional pride in.

His children are actively involved on the show circuit and frequently participate in young handler competitions. Collectively, the family exhibit their stock at up to ten local agricultural shows annually. 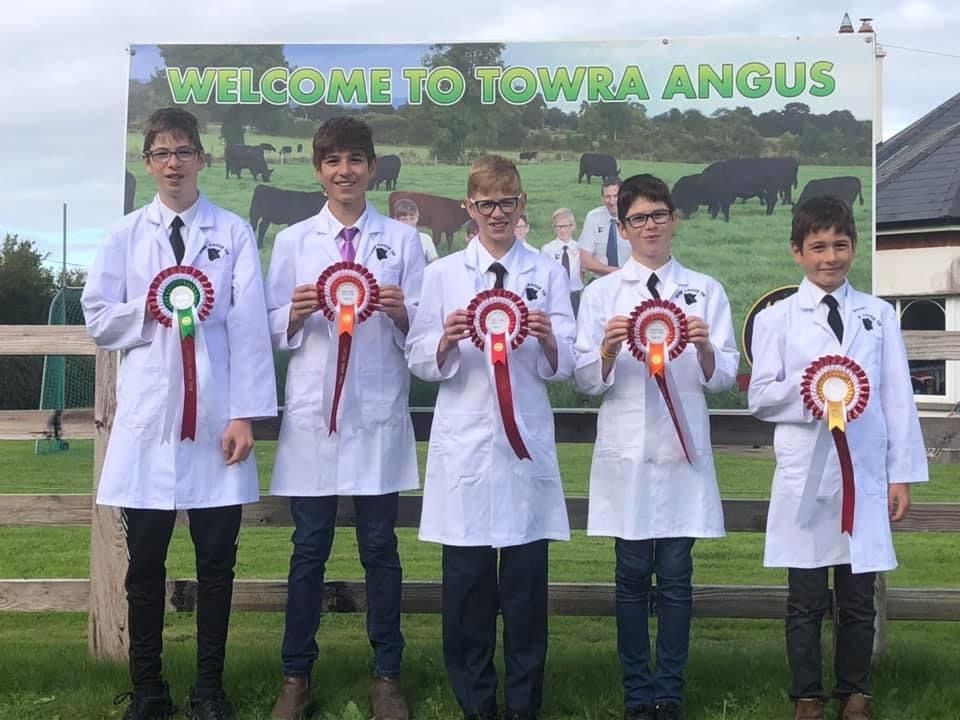 “Over the past decade, they have all showed cattle and worked with them in preparing at home the weeks before the show. The older lads are driving the tractor now and any chance they get they are off topping or spreading fertiliser.”

“They each pick out a calf, and that is their responsibility to look after for show season. The winnings are theirs to keep.”

“The 2019 Aldi/ABP All-Ireland Junior Stock Person of the Year was a big event for them, and the All-Ireland YDP in Strokestown is another pinnacle in the calendar.”

“They scooped first, second and third prizes a few years ago. Adrian took the red rosette at the 2019 Shorthorn Young handler final with his White Shorthorn heifer called Towra Snowdrop.” So you can imagine; “They can’t wait for the shows to return”.

Jim is also passionate about fostering other young people’s passion for agriculture. Since 2006, he has been involved with the Irish Angus YDP (Youth Development Programme). He currently holds the position of secretary and works closely alongside Colin Duffy, chairman, and proprietor of the renowned Kilgarvan Angus herd.

“Young people need leaders to show and help them as they grow, some of our first YDP members are now farming their own animals and involved in running farms.”

“We have run trips to Scotland and sent members on exchanges to other countries on Angus herds. We run field days and events in all areas of the country.”

“At each event, we get members involved in stock judging, guessing weights, skills training, halter making and fencing skills, and breeding skills. Showing etiquette and farm safety is always part of every session.” 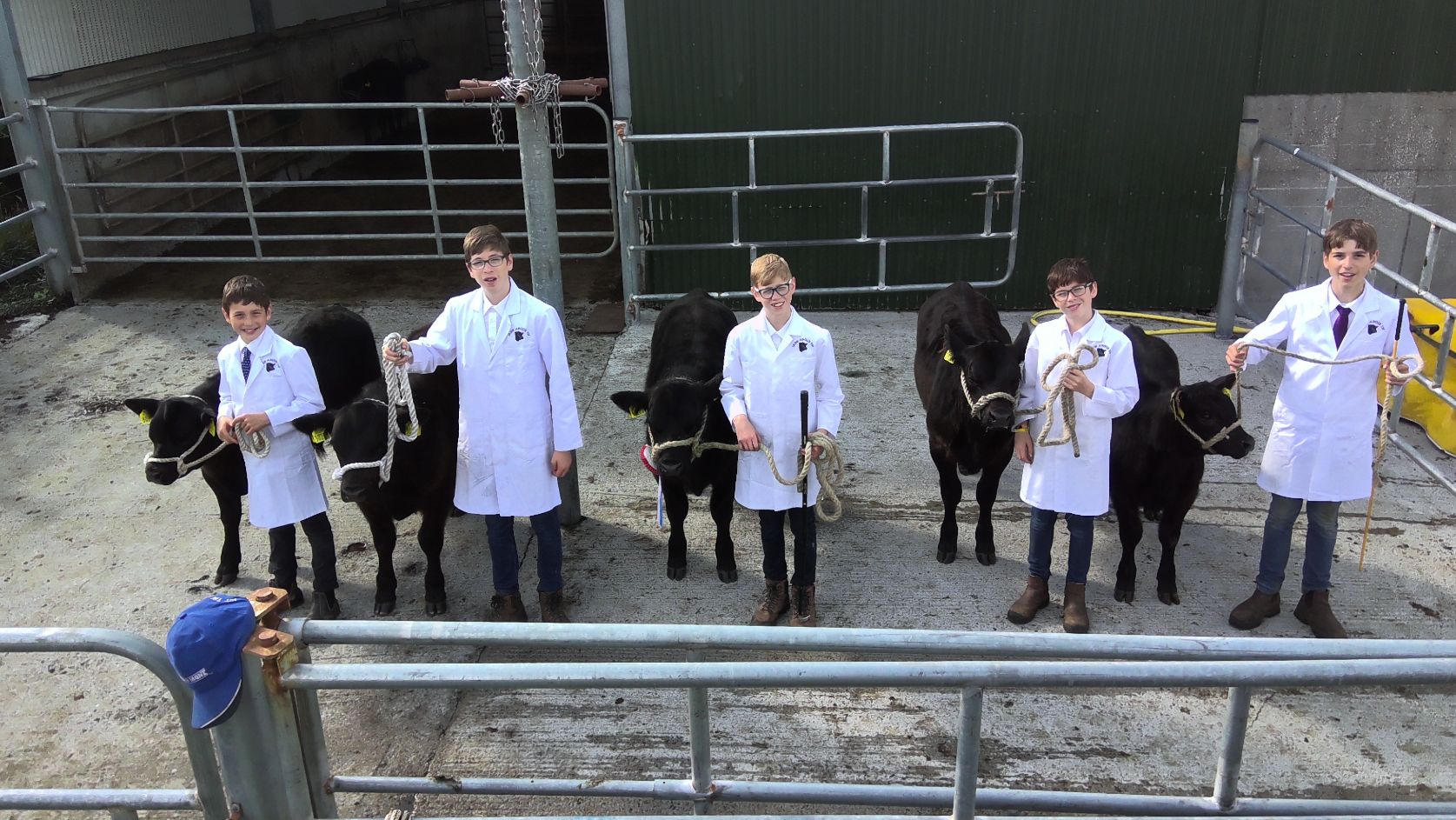 Undoubtedly, Jim’s infectious energy and passion for agriculture bodes well for the future of Towra Pedigrees and Irish Angus cattle.

Wearing multiple hats may be a juggling act, but, Jim does “not believe in staying still with anything”. With that in mind, he intends to improve his herd and other aspects of the farm in the years ahead.

Although for him, the main goal is to strike a delicate balance between work and family life.

“We have a very busy life, but a great, healthy life. Tara does a lot of driving to matches, music dancing and sporting events, washing coats and preparing for shows and getting the kids to help with housework.”

“I like to stay at home when I can, especially on Saturdays to catch up on farming. I do some safety officer work for many breed societies at their sale days usually Saturdays and some bank holidays.” 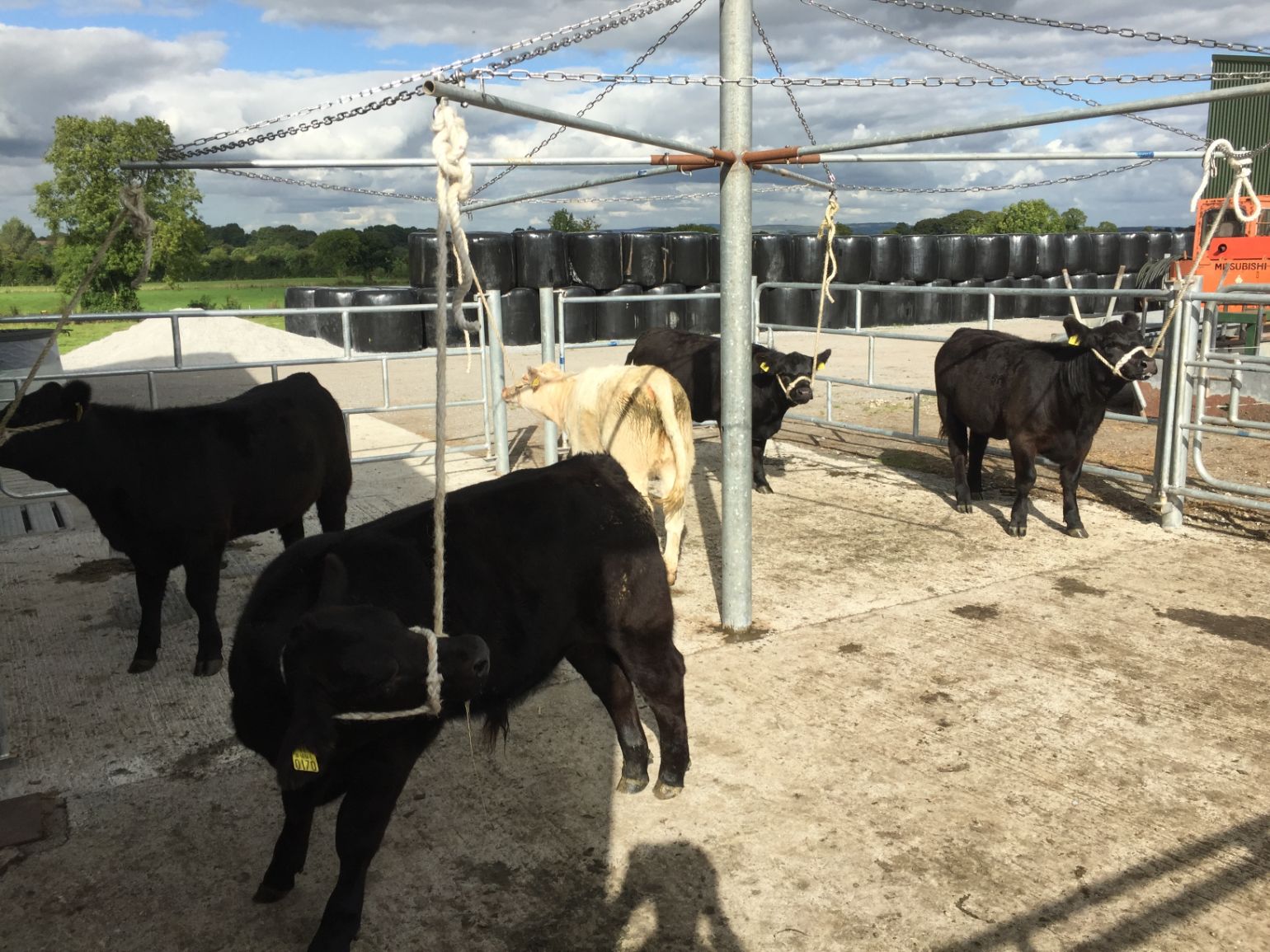 “To be able to buy a farm in 2000 and add to it in 2008 from your hard work is a major highlight. Building a slatted shed, drainage work, fencing and building the dwelling house were all major undertakings in our lives.”

“Thankfully, the next two years clear that slate, which is timely in our case with the college saga about to start.”

“We realise that children grow up fast, so we need to make the best of it for us all when they are young and still around. The farm is a great way to get us all involved, and we love it.” Jim of Towra Pedigrees concluded.

- Advertisement -
Previous articleFarmer’s Diary: A flock favourite with a guarded prognosis
Next articleUp to €20,000/acre paid for land in 2020

‘Currently, it is not about making a fortune; it is about...