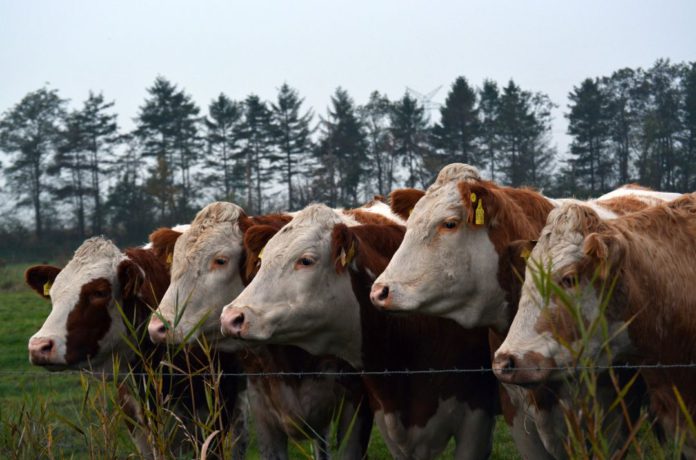 Limerick County Independent TD, Richard O’Donoghue, has voiced his concerns in relation to the gap between the breakeven beef price and current quotes.

He raised the matter during a Dáil debate on the fishing industry on Thursday, January 21st.

O’Donoghue said that he has “huge” concerns over the fact that beef cattle are “now averaging €3.75 per kg”. This, he stressed, is “well below” the breakeven beef price target figure of €4.50/kg.

Addressing Minister for Agriculture, Food and the Marine, Charlie McConalogue, O’Donoghue said: “I hope the Minister is not going to sell out the beef sector and the Irish farmers as he has just sold out the fisheries.”

“Is the Minister aware that some farmers are using a percentage of their single farm payment for the production of cattle so that they can stay in business, rather than for their families?”

“What controls are going to be out in place to stop the cartel-like system that the factories are operating?” he asked.

O’Donoghue said he raised the issue with the Tánaiste in an earlier exchange and asked him to bring it to the minister’s attention.

At the moment, when factories are audited, end-of-year figures are used to work out an average price.”

“They are getting the highest price for their cattle within the factory system. What is the Minister going to do about this? When is he going to stand up and save Irish beef farmers?”

“There was €5 billion put in place by the EU to support agriculture. Following the UK exit from the EU, are Irish farmers first on the list to be compensated?”

Concluding, he stressed that Irish agriculture is constantly under threat from cheap imports coming into the UK and questioned what is being put in place to safeguard against the beef coming in from South America.

In response, Minister McConalogue, said: “If the Deputy was paying attention to the budget last October, he would have seen that I delivered an 11% increase in the agriculture budget for the year ahead, based on the previous year.”

“That was so that we can ensure that many of the schemes that are key to our farming sector can continue at full capacity and with ongoing payments. There was also an additional €79 million of fresh funding allocated in order to develop a new environmental pilot scheme and measures.”

“As the Deputy knows, I am very committed to developing and protecting the incomes of our beef sector and to working with and supporting our fishermen.“

Looking ahead, over the course of this year, the minister said he will be bringing additional transparency to the food supply chain. He said he will develop the office of the National Food Ombudsman, a “key commitment“ in the programme for Government.

- Advertisement -
Previous article
Mart Quiz: Are you the ultimate king/queen of the ring?
Next article
‘Conducting on-farm inspections is deemed essential work’ – McConalogue