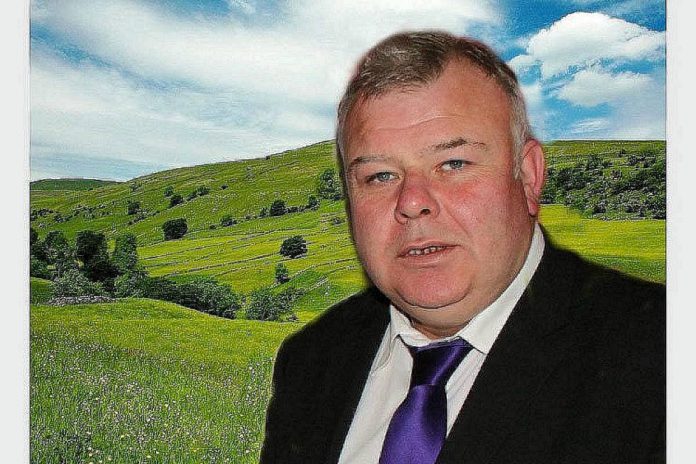 Michael Fitzmaurice, Roscommon-Galway TD, has labelled a recent proposal from Bord na Móna (BNM) to lay off 230 staff as ‘deplorable’.

Due to the COVID-19 outbreak, it is believed that BNM are considering a temporary lay-off of 230 staff from 3 power stations.

The workers impacted, both seasonal and permanent, are those involved in the process of supplying peat to power stations in Edenderry, Shannonbridge and Lanesboro.

Reacting to the news, Fitzmaurice commented: “Given developments in recent weeks regarding the plants in Shannonbridge and Lanesboro, it is deplorable that BNM is now considering laying off up to 230 workers – during a national crisis.”

“Seasonal and permanent workers involved in the production and supply of peat are basically being cast on the rubbish heap if BNM pushes ahead with this proposal.”

Current reports suggest that proposed layoffs would take effect from the end of this month, with letters being drafted currently to be issued by post. The Galway-Roscommon TD questioned whether this would affect everyone in BNM, or simply just those at the bottom of the pecking order.

“The hierarchy within BNM needs to clarify who is taking the hit as a result of the losses incurred as a result of the COVID-19 outbreak? Have senior management or other employees have taken a wage decrease in order to share the burden? Or are the workers on the bog being asked to carry the entire load?” he asked.

“Meanwhile, An Bord Pleanala is continuing to drag its feet on the decision which will determine whether BNM can harvest peat on its bogs at all this summer. This decision is due in mid-May.”

“As well as this, workers who are actively trying to leave the company are being forced to wait longer – as no decision will be made on applications to the Voluntary Redundancy Scheme until after An Bord Pleanála makes its announcement.”

Fitzmaurice has called on Richard Bruton, Minister for Communications, Climate Action and Environment, to intervene in this situation. He is asking than any planned proposal is held-off until a decision from an Bord Pleanála becomes clearer.

“By then, there should also be clarity on whether BNM can qualify for the Wage Subsidy Scheme and progress can be made on the voluntary redundancy applications.

“We need to keep as many people in employment during these uncertain times as possible. And even though Minister Bruton may like to see the end of BNM, he has to stand by the ordinary workers and ensure that they are treated fairly.

“Many families depend on these jobs to put food on the table. It would be shameful if BNM decided to pull the rug out from under them during this pandemic,” the Roscommon-Galway TD concluded.