Ian Lammie, Cairnrock Blue Texels from Scotland, who officiated as judge for the sale in Carrick-on-Shannon on Saturday, August 20th, 2022, tapped out the Beili Euphoric son, out of a Derg ewe, as his overall champion.

At €1,750, the second highest-priced male of the day also came from the Barnett’s farm in Raphoe, Co. Donegal in the form of Valleyview Griffith, again by Euphoric.

The reserve champion male bred by Martin McLaughlin, Co. Donegal was lot 73, Cashelview Garrison. Another lamb by Beili Euphoric, he changed hands at €1,000.

The reserve overall champion and female champion Blue Texel went to Nigel Hogan’s Diamond flock, with his ewe lamb by Stockram Derg Flintstone, which sold for €1,000. 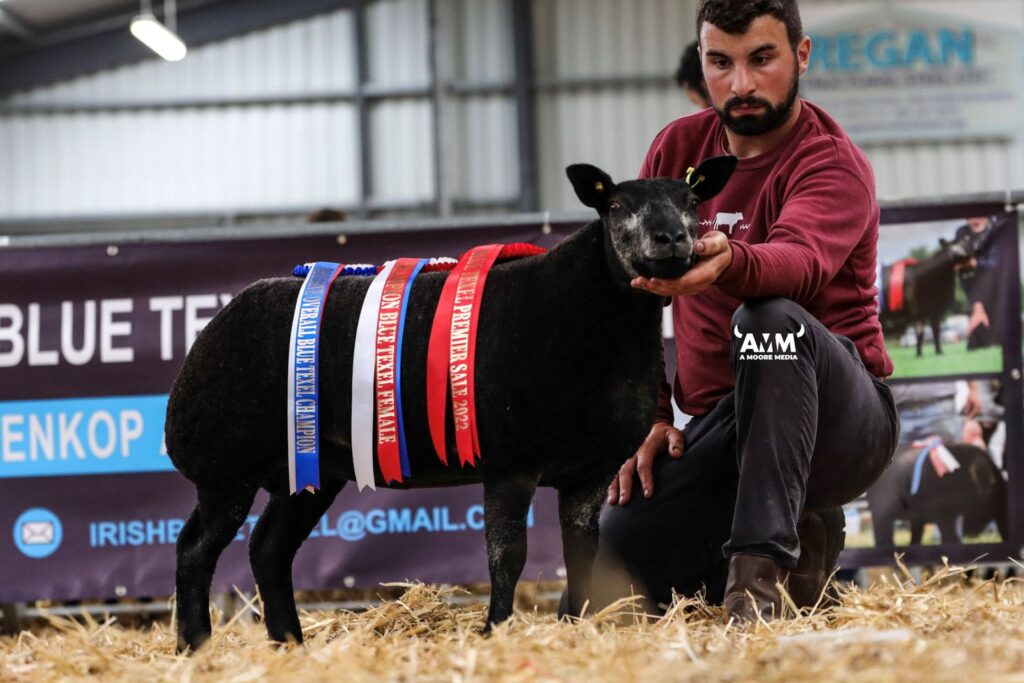 At the same price tag was from the farm of father-and-daughter-duo, Francis and Jennifer Donohoe and their Johnstown flock in Co. Westmeath.

This February-born ewe lamb by Cleenagh Dominator had earlier been tapped out as reserve female champion. 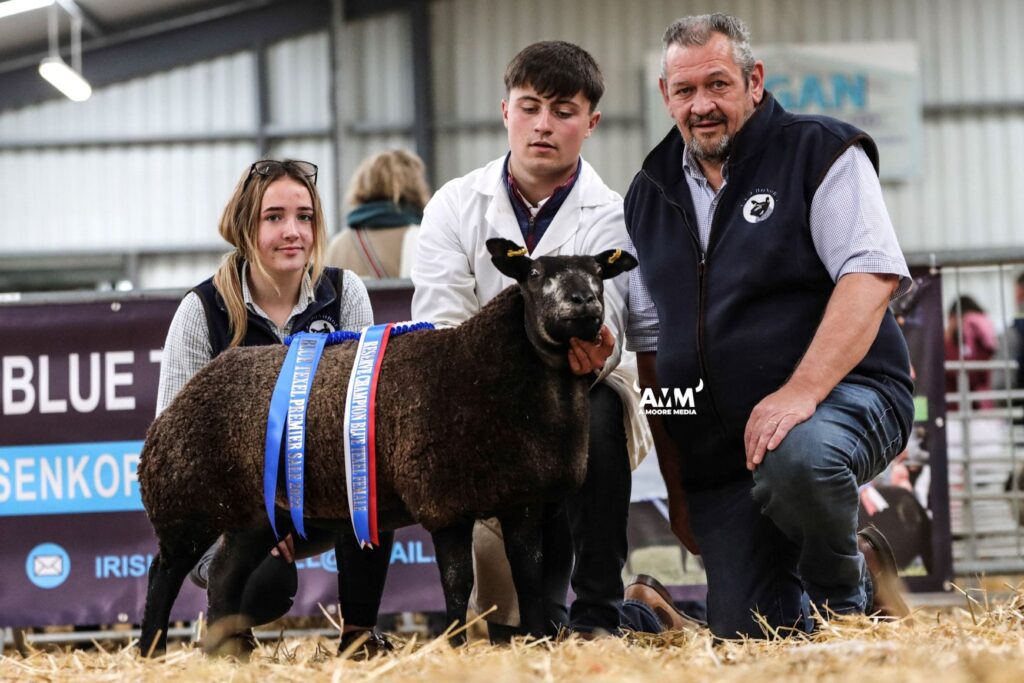 By the now “well-proven” Carly’s Blues Captain, out of an imported ewe, Cracking FreddieDodge, this entry found a new owner at €920. Meanwhile, a son of his, Cracking Goldrush, changed hands for €940 on the day.

Other prize winners in the Dassenkop section:

The next society sale will take place in Athenry on Saturday, September 17th, followed by Carnew on Friday, September 30th (evening sale).