That's FarmingThat\'s Farming Irelands Largest Farming News, Properties and Classifieds Network
HomeFarming News‘Neither of us grew up on farms’- husband and wife with 65... 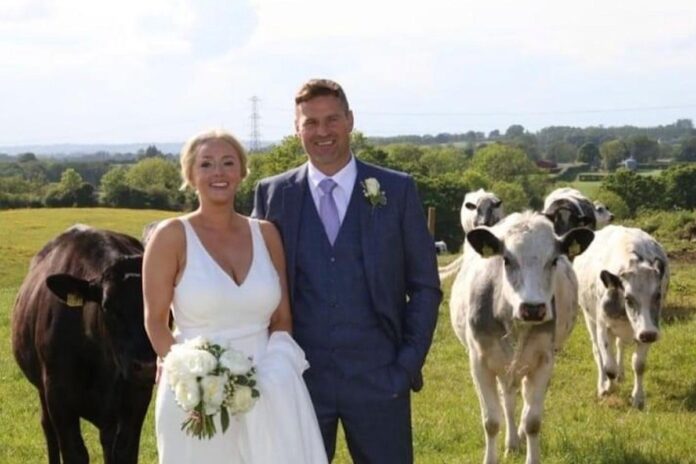 In this week’s Suckler Focus, That’s Farming, speaks to Louise Taylor. She discusses farming with her husband, breeding Blonde cattle, the breeds’s positives, their long-term plan to use the farm as their main income and success in pedigree cattle breeding.

Louise and Colin Taylor from between Lisburn and Ballinahinch did not grow up on a farm, but that did not deter their interest in breeding cattle and showing pedigree Blonde d‘Aquitaines.

The husband and wife decided to buy land six years ago and, therefore “had land before we bought a house”.

Colin constructed the farm sheds during his spare time.

In 2011, she joined Greenmount Agricultural College as a lecturer teaching veterinary medicine, while Colin is a self-employed hoof trimmer and does freeze branding.

Colin exited dairying the same year due to the farm lease expiring. However, he retained Belgian-Blue-cross heifers from 60 Friesian dairy cows.

“Neither of us grew up on farms. Colin’s grandfather, and uncle, Robert Bell, were farmers, and we were always about farms,” Louise Taylor, mother to Erin (19) and Cole (12), told That’s Farming.

“My great uncle, Randel Shannon, was also a dairy farmer in England. He had Ayrshire cows, and he would have shown cattle and have been a well-known judge for the Ayrshire cattle breed.”

“We always had a passion for it, but we were not lucky enough to grow up on a farm.” 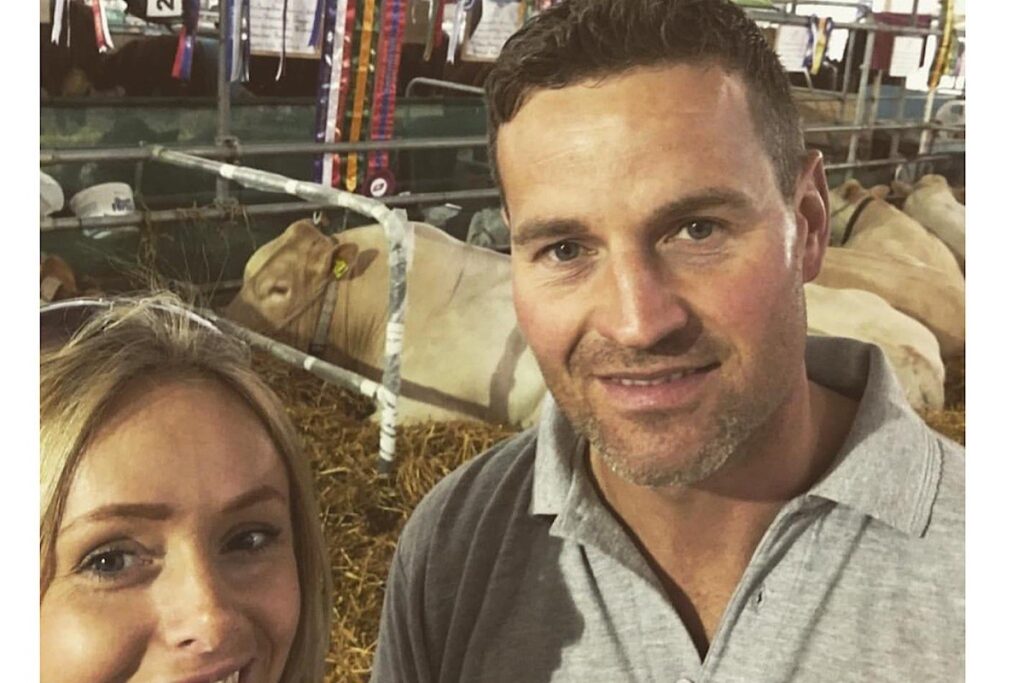 A Belgian Blue-cross-Holstein Friesian is their desired cow type because of their maternal characteristics.

“Colin had Blonde d‘Aquitaine cattle in his early 20s before I met him.”

“I think Blonde d‘Aquitaine cattle are overlooked as a breed. People focus too much on finishing and say that they do not finish quick enough.”

“I feel with patience to me they finish great. You are getting a better carcass because there is more meat and less bone.”

“In my view, the weight of a big Limousin carcass would be bone, whereas you are not getting that with the Blonde d‘Aquitaine.”

They use AI on their pedigree cows, including Shanvalley Gonzo and Allacot Herbert and run a Blonde d‘Aquitaine bull, Rockville Rude-Boi, with their commercial cows.

James McCullough undertakes AI and scanning for Louise and Colin.

To avoid overworking the stock bull during the breeding season, they introduce cows to him in two groups: autumn and spring-calving.

“We feed him up well and ensure we look after him, and if he is looking tired, we give him a rest.”

“If we think it is too much for him, we can buy in another bull if we need to.”

Commenting on the breed, they said they find their fellow breeders in the society to be very “helpful”.

“I think there is a good genetic pool here and in Mainland Great Britain if you want to buy new blood. There are a great lot of bulls out there.”

The husband and wife added they are “not keen” to explore ET work in the future but will maintain their cow base and use “good” bulls for now and “go from there”.

They operate a spring and autumn calving system to divide up their workload.

They added that they chose spring last year for calving pedigrees cattle but this year, they fell into an autumn-calving period, because of AI.

They calf their heifers at two-years-old.

“We think it does them better if they get time to grow up and grow into what they are going to be before you put a calf into them.” 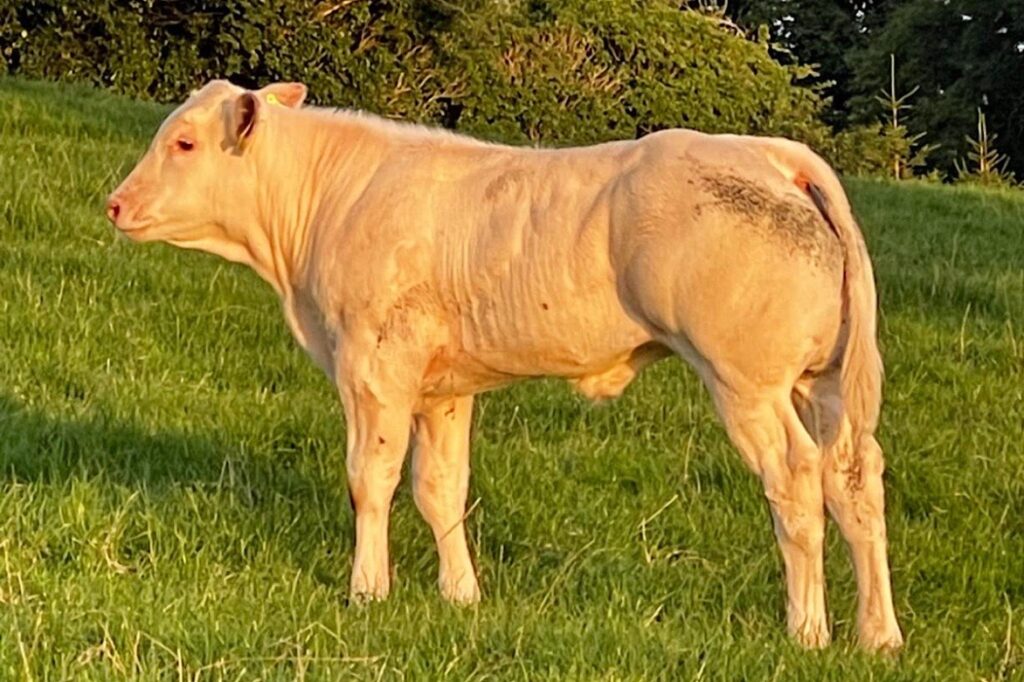 They keep their commercial cattle some years, while other years they select their best females, and sell the remainder on-farm – depending on land availability, housing, and cash flow.

The husband and wife sell their Blonde d‘Aquitaine-cross bull calves at nine-months-old on-farm – due to housing space requirements for finishing.

“I think Blonde d‘Aquitaine does not have the support of the big supermarket chains that Limousin or Angus have and are overlooked slightly.”

“We are still in touch with any farmers who bought our bulls, and they love them. Once people give Blonde d‘Aquitaine bulls a chance and use them, they are pleased with them.”

Some of the herd’s achievements include Gledney is the One picking up cow of the year at the 2020 British Blonde Virtual On-Farm Competition and her heifer calf, Rockville Remi, coming joint first in the calf class.

They also experience great success at the rising stars show in Clogher Mart in 2022 with a Blonde-cross-Belgian-Blue heifer winning reserve champion in her class. 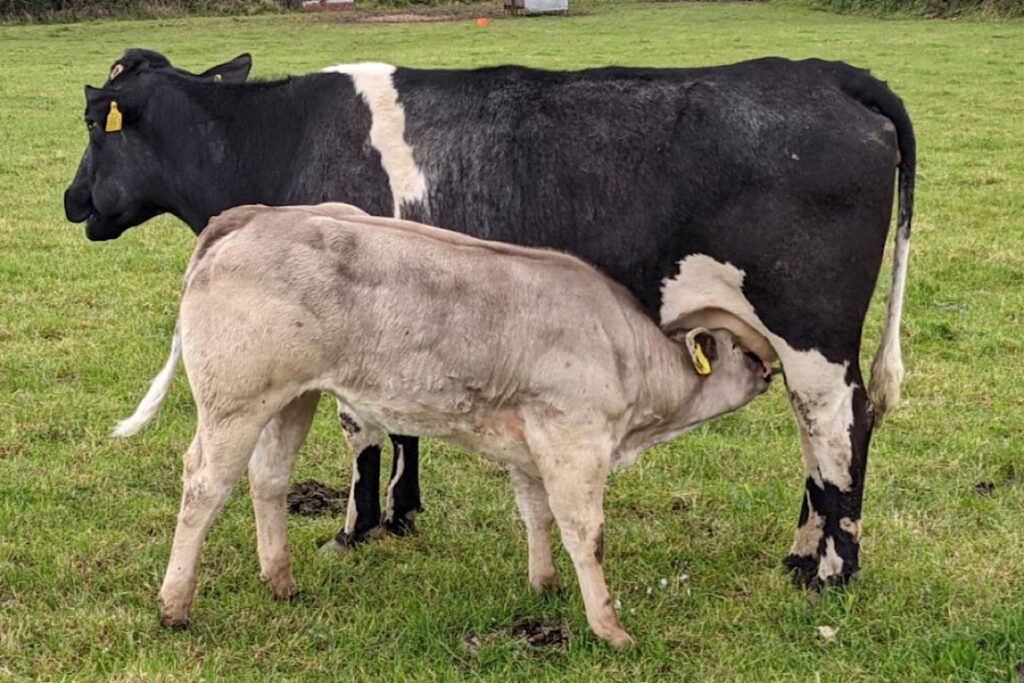 They apply slurry on their land but decided not to spread fertiliser this year – due to rising input costs. They will cut their first-cut silage in two weeks.

Colin completes grass measuring on the farm. They mixed graze pedigree and commercial cattle and find they get on “very” well.

“However, part of me wishes we had more ground to keep them separate and have the pedigree Blonde d‘Aquitaine cattle in their own special field.”

“We do not have enough ground to do that at the minute.” 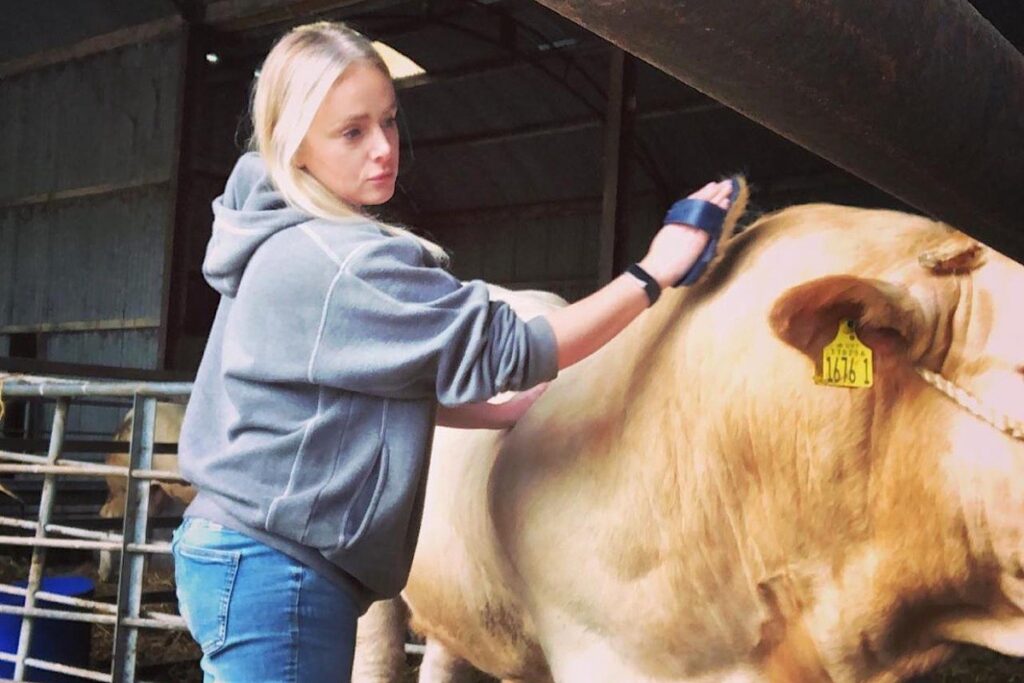 Commenting on what it takes to become successful in pedigree cattle breeding, they said always being “willing to learn from people who know more than you and to listen to them”.

They took a “backseat” from the showing circuit this year – due to Louise expecting twins.

The husband and wife intend to breed some respectable winners at shows and continue promoting the breed.

They noted they might increase cow numbers if land became available and they could finance it.

“I suppose with us both working, most of our wages go back into the farm as we are still trying to build the farm.”

“We would love to be self-sufficient and maybe one day to go full-time at it or for even one of us to be at home full-time farming.”

“I suppose hopefully that will be the dream one day, but we are still building and trying to make it into the business that we want it to be.”

“Everybody is a bit uncertain as to what is going to happen with farming. Is it going to be viable?”

“I suppose more people are having to go out and do different things to make their farms work,” the suckler farmer concluded.

- Advertisement -
Previous article
‘The autonomous tractor unit is controlled by the attachment, not the other way round’
Next article
‘It is never too late to find true love’ – former city journalist on meeting vet at conference