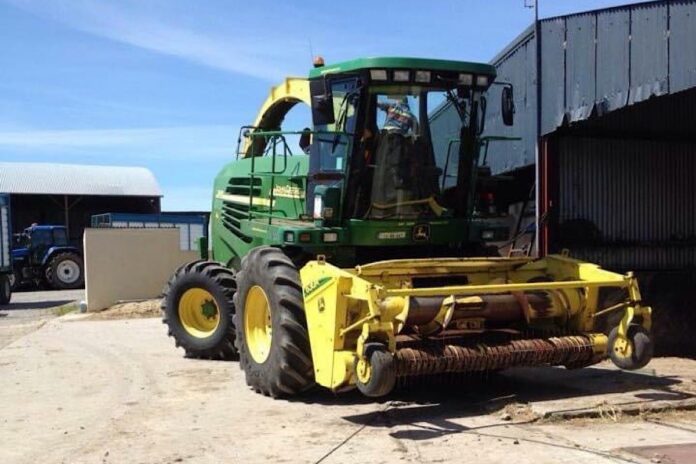 As part of this week’s Agricultural Contractor of the Week segment, That’s Farming profiles, William Bennett. He discusses his strong interest in machinery, juggling a farming enterprise, making over 10,000 silage bales and how investing in an umbilical slurry system has doubled his work.

In 1989, the Carrigallen, County Leitrim laid the firm’s foundation by investing in a KRONE KR130B round baler and a Massey Ferguson 699 tractor.

In the first year, he baled 3,000-4,000 silage bales – after noticing an opening in the market for this service.

“Machinery and cattle were my main interests growing up. I am machinery mad. I did three years in secondary school,” William Bennett told That’s Farming.

“Then, I did bits and pieces of work for neighbours, relations, uncles, and family members.”

“I decided to buy a round baler and go at agricultural contracting, which I did.”

He has built up his agricultural contracting business and juggled this with a mixed enterprise over 190-acres of owned land and rents a further 180-acres.

In addition, he also sells 200 cattle as forward stores privately to Offaly and Tipperary farmers.

He changed his selling approach to private sales – due to converting to organics six years ago.

William is a member of the Irish Organic Farmers and Growers Association.

His wife, Clodagh and daughter, Gemma, assists him in the enterprise.

Today, the agricultural contracting business, which William and his son, Ryan, now run employs 3-4 full-time workers at peak times during the summer, with the father and son duo operating the business daily.

The firm serves a 30-mile-radius of Carrigallen, including Roscommon, Cavan, (Belturbet, Ballyconnell) and Granard County Longford.

The father and son team’s business built up its client base through word of mouth and having a “good” name for providing agricultural services.

“You could lose one customer one year and gain two customers the same year.”

Each year, the company cuts 2,000-acres of pit silage, 10,000 silage round bales, and empty slurry tanks from 130 slatted sheds through the umbilical slurry system and slurry tanker service.

In circa 2012, they branched into umbilical slurry spreading, – due to challenging ground conditions.

“In my opinion, the umbilical slurry spreading system has doubled my work. I start spreading slurry around the end of January, and it would be May 1st before I finish spreading.”

Other services the firm offers include hedge-cutting, spraying, reseeding, and digger work. 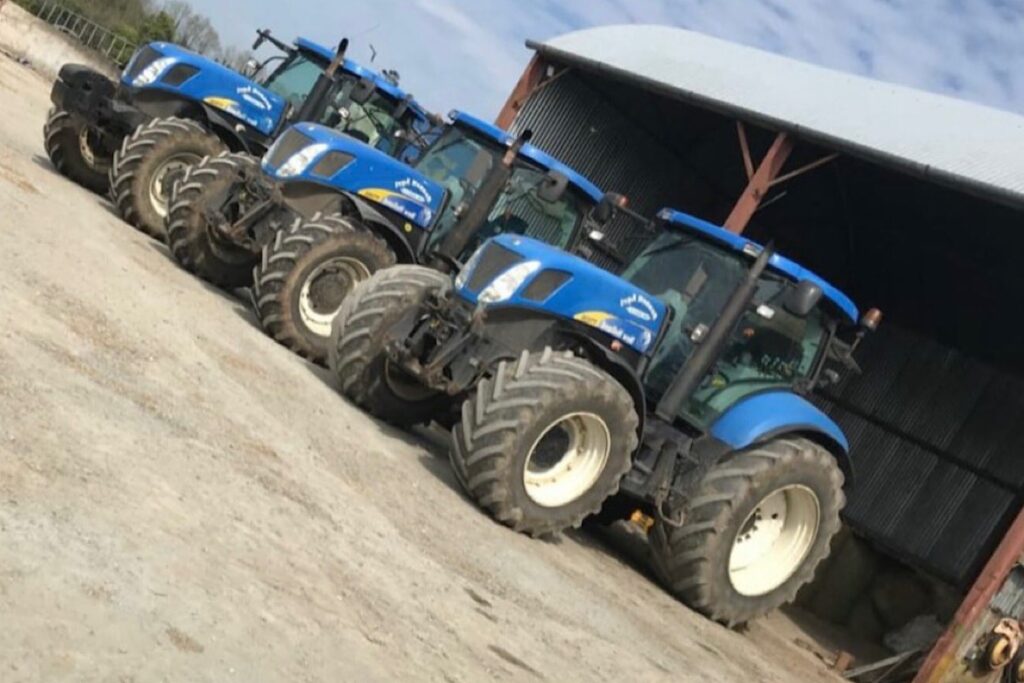 In addition, they have a McHale Fusion integrated baler wrapper, a McHale F5500 – 15 Knife chopper baler, a McHale 991BJS round bale wrapper and a John Deere 7500 self-propelled forage harvester.

Other equipment they have include a Krone Swadro TC 680, a Krone tedder and three CLAAS Disco 3200 mowers.

They also have 16ft Kane silage and grain trailers and 16ft Donnelly grain and silage trailers.

Their slurry equipment includes a Mastek umbilical pipe system (with 1,200 metres of piping and front and back reelers) and a Bower pump.

They also have two HiSpec agitators and Abbey, Redrock, Star and Conor slurry tankers ranging from 1,500 to 3,000 gallons.

“I try to complete most maintenance work myself. However, I have a neighbour beside me, a good mechanic. He comes in the evenings and helps me fix the machinery.”

Challenges and being successful in the industry

“It is very hard to know what diesel costs will be this summer. You nearly have to go by it week-by-week to see what way prices are going to go.”

William believes to be successful in the agricultural contracting industry, you should have every machinery occupied all-year-round at various services to finance the machine.

“In my view, agricultural contracting is a long project. You are not going to become a millionaire in the first couple of years; it is going to take you a long time.”

“You never become a millionaire. You will have all your money invested into machines, and that is what is going to happen.”

The Leitrim agricultural contractors plan to continue their current business operations for several more years and upgrade one item of machinery every two to three years.

They said it could be a “stressful” time as company owners “with long days and nights” and changeable weather forecast during the summer.

“In my view, it is very hard to know whether agricultural contracting is a viable business.”

“The biggest problem with agricultural contracting is costs and trying to get enough money for what you are doing.”

“There is a good future for the agricultural contractor here in Ireland in different areas.”

“However, some agricultural contractors are pulling out, some are getting old, and then people are getting fed up.”

- Advertisement -
Previous article
Cattle prices reach record levels with culls to €3,860 at Raphoe
Next article
30th Finn Valley Show promises to be ‘the best yet’