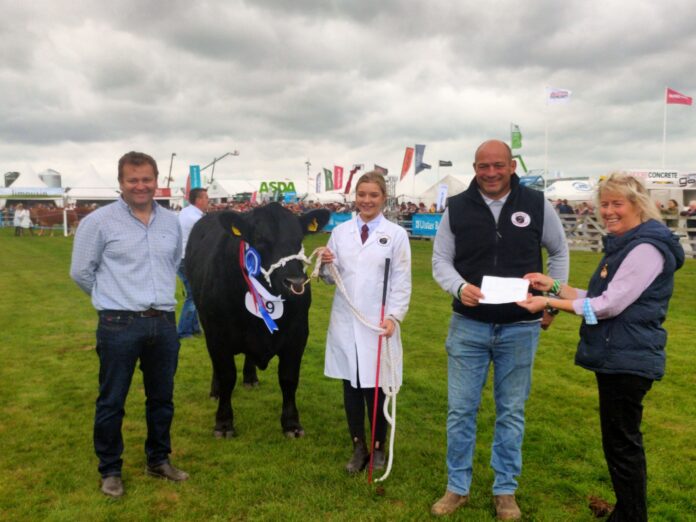 Throughout 2021, its cameras and crews captured the stories of people of all ages and backgrounds who vie for the top spots in a range of competitions.

Producers viewed the competitions, met characters and animals and those who have the difficult task of judging competitions.

They capture competitors giving everything to be best in the show — from cattle to cakes, sheep-shearing to basket weaving, show-jumping to new technology and not forgetting the best vegetables, dog agility, art and craft.

The series travels to shows throughout the country, including a pedigree sheep show in Wicklow, a dog show in Co. Mayo, Balmoral Show and Kilmacanogue Horse show.

Viewers learn about the Connemara Pony show scene, and producers follow the organisers and competitors of the Mín na Croise ‘virtual’ show.

A spokesperson said: “With 140 agricultural shows across Ireland, this scene is hugely popular with competitors and spectators.”

“Furthermore, very year thousands of people spend months of preparation before travelling the country to take part in the competitions every weekend.”

“Beidh Aonach Amárach has always been about people – their passions and talent. This is a lively, perceptive and entertaining lightly formatted factual entertainment series.”

“It is about show-people – their remarkable personalities, talents, brains, rivalries, trade secrets, skills and stories. What does it take to be a prize-winner? To be the best?”

“Travelling to the most beautiful parts of our island, we capture breathtaking footage. Beautifully directed sequences set the scene, mood and ultimately take the viewer into the world of the rosette winners.”

“We learn that showing – be it animal or vegetable, can be a family tradition.”

“Our families look at their long association with this world – where they won their first rosette, where in the world they have travelled to in their pursuit of the red ribbon, how they have progressed- or not – as the case may be.”

“We see family archives and photographs of their achievements,” the spokesperson concluded.