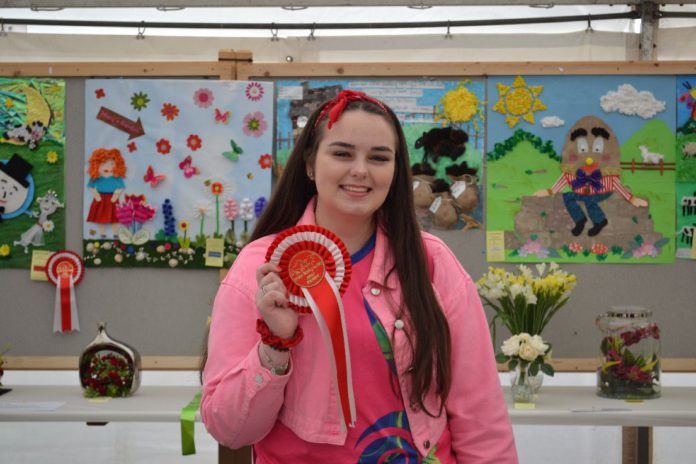 Beidh Aonach Amárach returns to TG4 for a second series this Thursday (January 23rd) at 8pm.

The 6-part series takes viewers into the heart of the country show scene all over Ireland.

Throughout 2019, cameras and crews captured stories of the people of all ages and backgrounds who vie for the top spots in a range of competitions.

The ‘Ould Lammas Fair’ in Ballycastle, County Antrim, the Ploughing Championships, Clonmany Show in Donegal and Puck Fair, in Kerry and traditional shows in Omagh, County Tyrone and Castlewellan Fair in County Down feature in the second series.

“We see competitors giving everything to be best in show – from cattle to cakes, sheep-shearing to flower-arranging, show-jumping to shiny cars, not forgetting the best vegetables, dogs, birds, clothes, art and craft.”

“The show scene is great fun and an opportunity to catch up with friends and fellow enthusiasts. We join the army of volunteers who organise and judge these events.”

“The pressure is on when several thousand people are going to descend on your village for the ‘show’ And choosing the top animal or display sometimes isn’t as straightforward as it seems.”

The series begins in Tyrone in glorious sunshine at the Omagh Show. Tyrone shows judge, Peter O’Malley, maintains that Connemara doesn’t have a monopoly on fine Connemara ponies.

Ciarán O’Rourke gets mouths watering with the smell of bacon, Cáit Ní Cheallaigh enters her first baking competition with future dreams of entering The Great British Bake Off.

Music from Omagh Community Choir and Cliona Hagan all add to the fun of the fair.