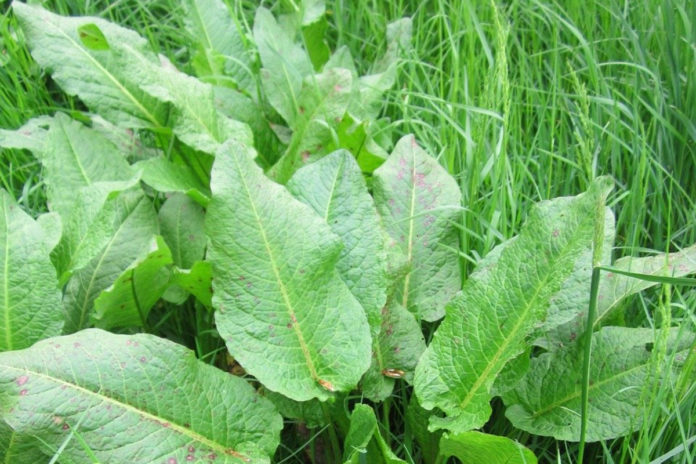 Breeding beetles in a polytunnel in Mayo to control docks

A farming couple in the western pocket of the country is going against the grain when it comes to tackling docks.

Instead of using chemical sprays to kill rushes, they are now farming beetles to control docks, which are common native plants across the country that can be problematic for farmers.

Louis Ward, alongside his wife, Siobhan, is championing the alternative approach from their farm in Mayo, as seen on RTÉ One’s Ear to the Ground recently.

Having worked in the USA, the Netherlands and Scotland, they moved back to Mayo in 2006 with their six children to take over Louis’ parent’s farm.

His wife explained: “We started off with four bullocks, and then we started that we were going to go organic.”

“We went into the organic scheme and stayed in that for five years, but we had problems with docks and thistles and managed to get rid of most of the weeds.”

“However, we never took much notice of the docks because Louis discovered the beetles down there, and they were solving that problem.”

Louis commented: “Both of us were in this field, and we just noticed something eating the docks.”

“We did some research and found that there was a dock beetle. Just messing around over the years, we used to move a few to other fields.”

“Gradually, we had them in all our fields, and there is no need to do any spraying to control docks.”

He told presenter, Ella McSweeney, that docks can restrict grass growth by up to 40% if a heavy infestation occurs.

However, he did reveal that “a certain amount of docks are very beneficial”.

“They prevent bloat in cattle, and on another level, they have a very deep taproot, bringing up nutrients deep in the soil that are not accessible to grass,” he explained to viewers.

The native green dock beetle feeds on dock leaves, without killing the plant, and it is this very ability that prompted Louis to establish a new business breeding them for sale, as an alternative for using herbicides.

In 2020, Louis began a master’s in bioeconomy and green dock beetles became part of his research, which led to the foundation of The Green Submarine.

He runs his beetle enterprise from a polytunnel, which is “where it all happens”, as he told McSweeney, who toured the facility.

“They start up at the far end with eggs and end up here with beetles, which go out to farms,” he explained before outlining the beetle’s lifecycle.

“The beetles lay eggs on the back of a dock leaf. It takes about ten days to develop into larvae.”

“After ten days, the larvae drop off the leaves, fall to the soil and pupate. They then emerge as adult, green dock beetles.”

“An individual female beetle will lay 1,200 eggs over 6 weeks, and the whole cycle will then start again. The key thing is that you are expanding by a factor of a thousand per female beetle.”

The lifecycle of this beetle from egg to death is 12 weeks, and typically, there are three lifecycles every year.

It takes six weeks to reach the adult stage, and it is at this point that farmers put them onto dock leaves in this field, McSweeney told viewers.

Green dock beetles need to be introduced to a field on just one occasion only.

Louis explained the process further: “So, you just tip them out, and they will work away themselves.”

“They will start laying eggs within a couple of days, and the cycle continues from there. It is not the beetles that do the real damage; it is the larvae.”

“Docks are the biggest grassland weed problem in all of Europe, and dock beetles are native in Europe, so potentially, all of Europe is a market, but we are a long way from that yet; that is the goal,” he concluded.

“We are going to be the beetle kings of Europe,” Siobhan laughed.

- Advertisement -
Previous article
Buying and training sheepdogs: 7 tips from an expert
Next article
Things people do not tell you about dating a livestock auctioneer