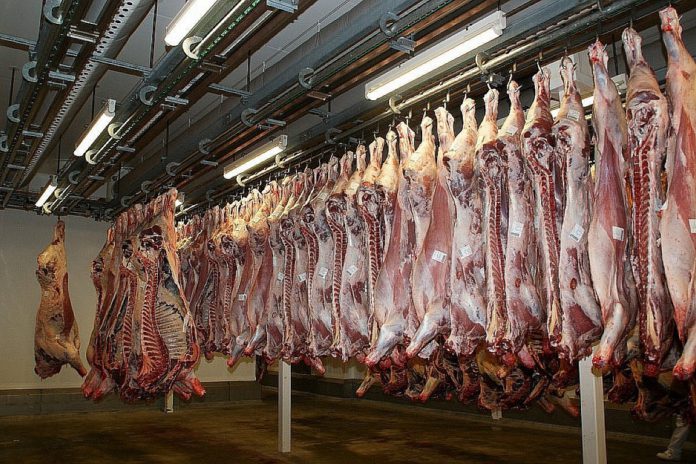 Beef Trade: ‘Use base quotes as a starting point for negotiation’

Base quotes from the beef plants in Northern Ireland for U-3 grading prime cattle range from 324-334p/kg, according to the Livestock and Meat Commission (LMC).

It noted that most plants are quoting in the region of 330- 334p/kg for both steers and heifers, while quotes for good quality O+3 grading cows continue to fall in the region of 240-250p/kg. “With such a range in quotes for all types of cattle, producers are encouraged to shop around for the best deal and to use these base quotes as a starting point for negotiation.”

Prime cattle throughput in local plants last week totalled 7,143 head, an increase of 203 head from the previous week and similar to the 7,111 prime cattle killed in the same week last year.

“Imports of cattle from ROI for direct slaughter in NI have continued at similar levels with 217 prime cattle and 105 cows imported last week.”

“A further 10 prime cattle and 107 cows were imported from GB for direct slaughter.” the LMC added.

“R3 steer prices reported increases in all of the GB regions last week with the strongest increase in Northern England (+3.7p/kg).”

“The deadweight trade for the majority of cattle improved in ROI last week in euro terms, however, a weakening in euro against sterling has meant many of the reported prices were back in sterling terms.”

- Advertisement -
Previous article
Weanlings up €20-€30/hd at Castlerea
Next article
Top call of over €5,260 for commercial heifer