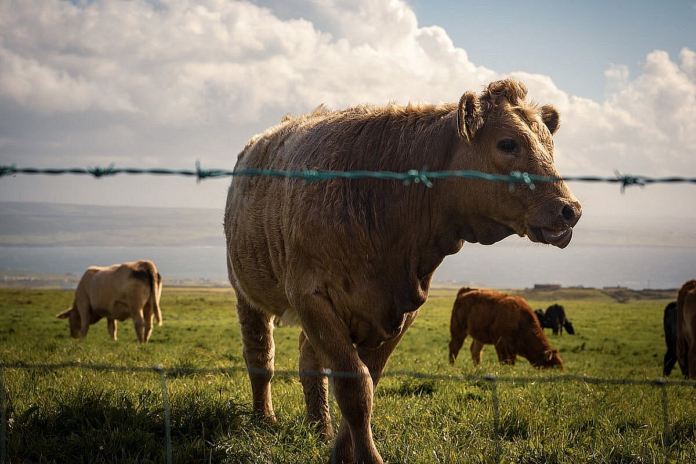 Base quotes from major NI processing plants for U-3 grade prime cattle, this week, “remained fairly steady”, according to the Livestock and Meat Commission (LMC).

It pointed out that beef factories were quoting in the region of 314-320p/kg. Quotes from the plants for good quality O+3 cows also “remained steady” at 224- 230p/kg.

“Similar quotes are expected for all types of cattle next week.” the LMC added.

This is an increase of 203 head from the corresponding week in 2019 when 6,859 prime cattle were processed in local plants.

No cattle were imported to NI for direct slaughter last week from ROI or GB, the LMC added.

“In NI, last week the deadweight trade for all types of cattle came under pressure.”

“In GB last week, the deadweight trade for steers and heifers generally came under pressure when compared to the previous week.”

The average steer price decreased marginally to 336.6p/kg, while the R3 steer price fell by 1.9p/kg to 341.3p/kg. R3 steer prices reported declines across all regions except in Northern England were an increase of 0.7p/kg to 348.6pkg was reported.

R3 heifer prices reported declines across all regions with the strongest decrease reported in Northern England where it was back by 4.9p/kg to 340.3p/kg.

“The cow trade also came under significant pressure in GB last week with the average cow price decreasing by 19p/kg to 211.8p/kg, while the O3 cow price decreased by 16.4p/kg to 239.5p/kg.”

“In ROI last week, the deadweight cattle trade also came under pressure and, with a weakening in the euro, ROI prices came back notably in sterling terms.” the LMC added.

- Advertisement -
Previous article
Want to earn up to €50,000/year?
Next article
New conservation plan to create 70 jobs in the Midlands