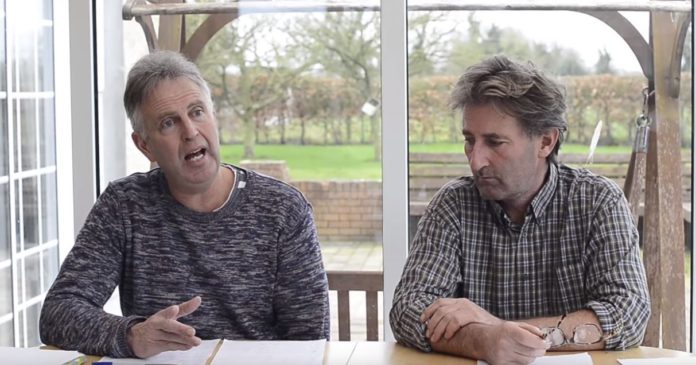 VIDEO: Beef Plan co-founders to ‘explain everything to farmers’

Eamon Corley and Hugh Doyle, co-founders of the Beef Plan Movement, are releasing a three-part video series to “explain everything to farmers”.

The first segment was posted on the farm organisation’s Youtube channel on February 8th.

“We are doing a video with the intention of explaining to farmers exactly what is happening in Beef Plan at the moment.” explained Doyle.

“What you are going to hear from me is from my heart and I think that is important so people can move forward.” he added.

In this video, Corley explained that the group was established to “give farmers a voice” and to be “inclusive of everybody” including stakeholders, exporters, state agencies and farmers.

“Beef Plan was born out of desperation among beef and suckler farmers because nobody was really representing them,” he said.

Doyle and Corley shed light on the ongoing dispute which is occurring in the organisation. “There was a loose arrangement to elect the county committees. These county committees were then supposedly involved in electing this new temporary national committee.”

He said that phone calls were made and WhatsApp messages were sent, therefore, the members were not democratically elected. “The reality is that that temporary national committee didn’t work very well.”

Corley said that information was not being fed back to members and it was “no longer a grassroots organisation”. “A lot of bad decisions were made where the co-chairs weren’t consulted,” Corley added.

They discussed the protests which were staged outside the gates outside beef processing plants. “Beef Plan was a little bit over-cautious, in fact, I know they were over-cautious, when we removed ourselves from the picket line,” Doyle stressed.

“We ran to the hills as soon as we got a legal threat. We had farmers who were standing on the picket line who were prepared to risk their liberty. To potentially put yourself on the line and potentially go to prison, that’s the sort of guts we want in Beef Plan.” Doyle added.

The remaining parts of this series will be shared by this publication in the coming days.

- Advertisement -
Previous article
Quiz: What did these sheep make at the mart?
Next article
VIDEO: Shay Ryan