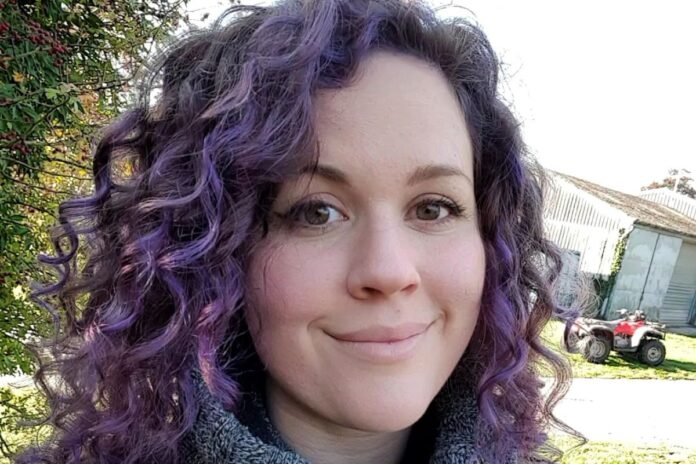 ‘We avoid using machinery and inputs as far as possible’ – 300 cattle farmer on 1,500ha

“I was pushed away from farming as a child; my degree is in French, but now, I am a full-time farmer, running an enterprise in partnership with my parents, Richard, and Gilly.

I am the second generation on this farm tenancy. However, my father’s family were tenant farmers near Basingstoke since the 1800s. My grandparents were forced out of that tenancy, so we took one here.

Previously, we had chickens, sheep, and turkeys when I was growing up. Now, we have had cattle for about 25 years.

We use Angus bulls on Angus-cross-South Devon dams. All in all, we have a core pedigree herd of South Devons that we maintain by AI or the occasional use of a South Devon bull.

We like the maternal qualities of the South Devons. On the other hand, we choose Angus for the Angus premium scheme. As native breeds, they both do well in our conservation grazing system.

We started calving at a younger age this year, which will increase our calf output. Previously, we calved at 3-years-old, but we are calving at two this year.

We achieved this by taking out potential replacement heifers and managing their nutrition to get them to the target weight.

We also asked our vets to do some pelvic scoring to ensure they would be the best choices to put to the bull. Touchwood, it has gone well so far as we have not had to assist any of them.

We farm 1,500ha, of which about half is Site of Special Scientific interest land, which is conservation grazed.

About 40% is improved grassland (which we are not allowed to use for arable under our tenancy), and 10% is allowed to be arable.

We sell most cattle as stores for beef and finish the rest to sell to an abattoir.

Welfare is at the heart of what we do. My parents ran one of the first free-range, high welfare meat companies – The Real Meat Company – for 25 years. They were heavily involved in influencing welfare standards in the 80s and 90s.

The cows live a very natural lifestyle – they are outdoors all year (we do not have any sheds), stay with their calves for 10-11 months before weaning and spend their time grazing herb-rich grasslands.

We rarely use antibiotics and only use medicines on an ‘as needed’ basis.

Furthermore, we practice rotational grazing in a way that enhances the biodiversity of the chalk grassland and helps protect the archaeological features beneath.

We do not feed concentrates; bar the occasional handful of nuts to keep the bulls tame.

Looking into the future, we may increase our herd size slightly, but I need it to be a one-person operation as far as possible as labour is so expensive.

Fertility in the cows has long been a problem, so I am looking at ways to improve their nutrition through better pasture management. 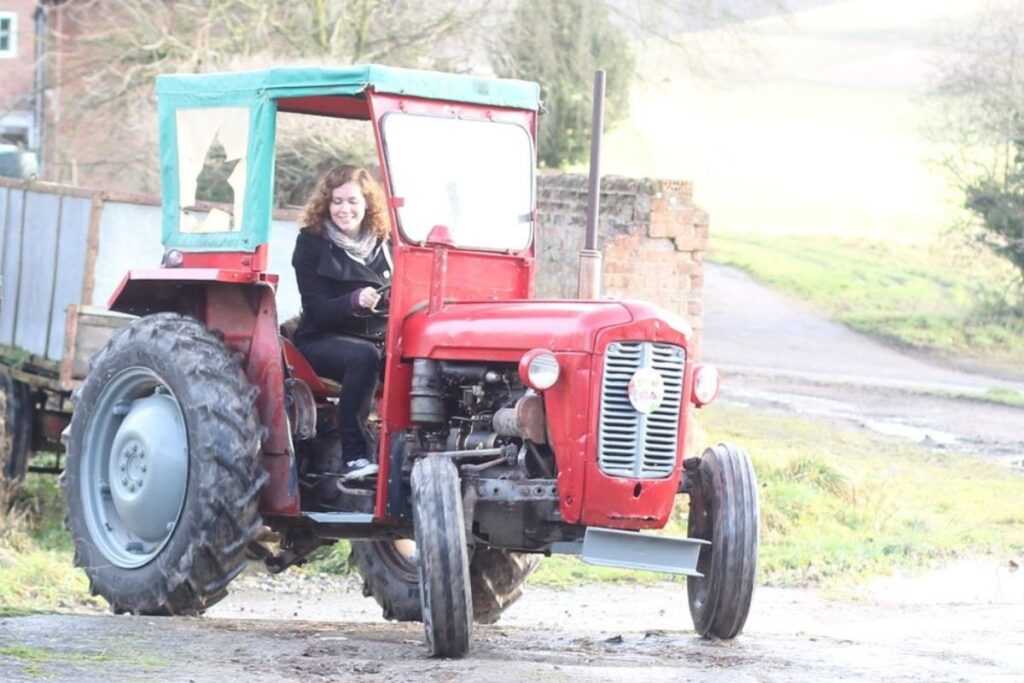 Grassland management is an important practice on our farm. We use cows as our tool to manage the grass, with some chain harrowing and overseeding to complement this.

We practice a blend of rotational and mob grazing depending on the part of the farm and the time of year.

Some fields are rested for almost a year, whereas more productive areas are mobbed through the growing season.

Hay meadows are traditionally managed to ensure good habitat for pollinators, birds, and other local wildlife.

Conservation agriculture is appropriate on land that is already interesting from the point of view of wildlife, biodiversity, or archaeology.

It is all about protecting and enhancing these features and habitats. On our farm, this is the less agriculturally productive land on the Site of Special Scientific Interest and Priority Habitat areas.

The way cows graze protects and enhances the habitat by creating ideal conditions for rare chalk grassland flora and fauna to flourish. There can be up to 40 different species per square metre, which is why chalk grassland meadows are sometimes referred to as ‘Europe’s tropical rainforest’.

We are incredibly proud of doing our bit to look after this landscape—80% of the UK’s chalk grassland has disappeared since World War 2, and it is a really important habitat for our insect populations.

Regenerative agriculture is more for the agriculturally productive areas of the farm.

We use its principles to farm in a way that optimises food production and environmental benefit – whether that is soil health, carbon sequestration or pollinator plots.

Whereas conservation grazing is mostly about using the cows as a tool to protect the environment rather than focusing on being highly productive, the regenerative side of things aims to achieve both productivity and environmental benefit.

Regenerative principles we incorporate include keeping soil covered rather than bare, using animals in the rotation, building fertility without chemicals and growing a diverse range of plants.

I would consider both to result in nature-friendly farming. We have other elements that feed into that, such as leaving wildlife buffer strips between each rotationally grazed area and long grass margins on field edges.

We are taking a break from arable on most of our cropped area to focus on pollinator and winter bird food plots for the next few years. All in all, we expect this to have the added benefit or to improve the soil health in those areas.

We like to do right by Mother Nature as best we can. What I mean is that our approach is environment-led. We consider how our farming choices impact the environment and avoid using machinery, inputs, and chemicals as far as possible.

Also, we are in a Nitrogen Vulnerable Zone, so we do not apply FYM or any other fertiliser. We prefer to use good grazing management and/or plant legumes to fix nitrogen.

Our arable land is not organic. We need to graze the herbal leys there to get animals to a good weight. So, 90% of the farm is organic (we are registered with a body). However, store/finishing animals become non-organic in their final months with us.

Previously, we farmed conventionally, but my parents chose to go organic before I started farming full-time.

It allows us access to organic options in our Countryside Stewardship scheme, which enhances the viability of the environment-led approach to farming.

Being an organic farmer involves no artificial fertilisers, no prophylactic use of medicines, no hormonal treatments, using only organic seed and a rather onerous inspection every year!

Some of my highlights would be improving the farm’s output and profitability and improving herd health and fertility. I also enjoy learning about how incredible our local landscape is.

I have had several opportunities to engage with and educate the public about farming, and the fantastic people I have met have been another highlight.

Brexit has been the biggest disaster for us. With the BPS going, which plays a big part in facilitating environmentally friendly practices, and without them being able to work together with farmers in the EU, we are at the mercy of an incompetent government that won’t give us sufficient information about the future policy to plan our business.

Other challenges include the uncertainty and lack of control, especially as a tenant farmer; relative powerlessness over our destiny feels extremely isolating.

The biggest challenge I had to overcome was convincing my parents to bring a more environment-led approach to farming (or convincing them to let me farm at all, in fact!).

However, I love having a job that allows me to blend my interests in animals, the environment, technology, nature, and education, all while working in the most beautiful setting I could hope for.

The fact that ‘Bring Your Dog to Work Day’ is every day is a bonus! It provides a level of emotional fulfilment and job satisfaction that you simply cannot get elsewhere. 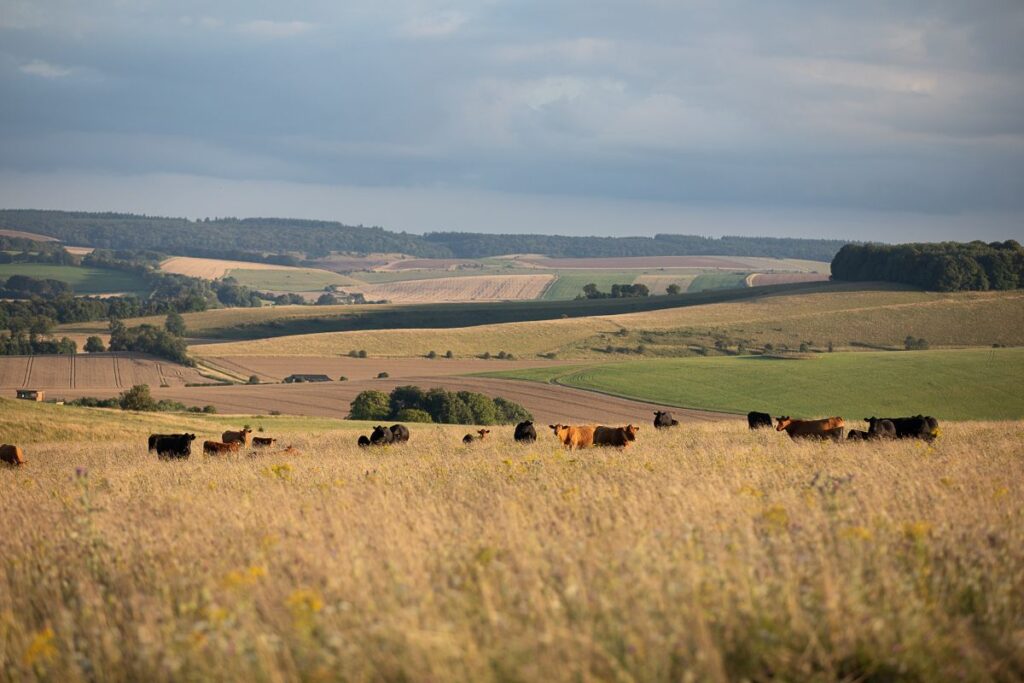 Outlook: The future of farming

My outlook for the future of farming is pretty bleak, really. Livestock farming is often all painted with the same (bad) brush in some press – there is often so little nuance.

It is unsurprising yet disquieting how disconnected the public are from the land that produces their food, and negative, sensationalist coverage drives that divide.

Additionally, the lack of clarity from the government over the future of farming policy – and particularly how tenants will be treated within that – makes it impossible to plan for the future.

Beef farming is not profitable without access to environmental schemes. Since the landlord has a strict farm management requirement, that means we could not make the farm hyper-productive.

I hope to see more people moving away from input-heavy farming and starting to farm with nature rather than against it. 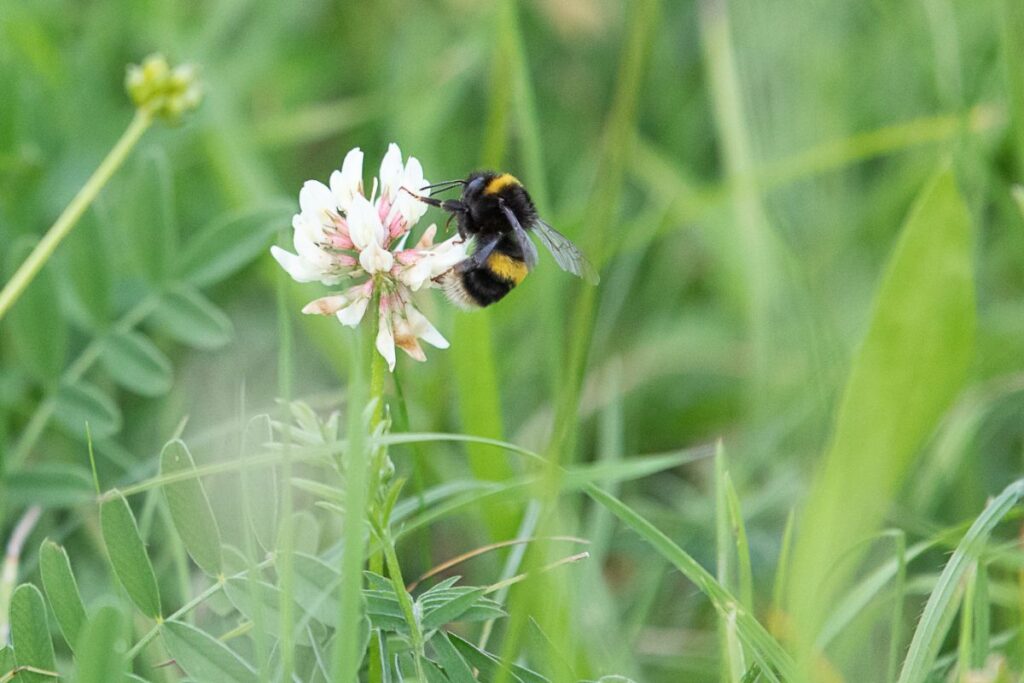 My journey has been a difficult one. If I had known then, before full-time farming, how much it would impact my mental health and how difficult it would be to work alongside my family, I am not sure I would have done it.

But there are still plenty of good stuff to hold on to. A good day on the farm recharges all my mental and physical batteries. It is a privilege to help protect this incredible habitat.”

- Advertisement -
Previous article
Land sale prices to rise by 6%; land rental values in line for 10% increase
Next article
124ac farm that drew UK & US interest sells for over €1m